The Making of Bass Reeves Monument

One of the first African American U.S. Marshals west of the Mississippi will soon have a memorial statue in Fort Smith. 5NEWS takes you behind closed doors for ... 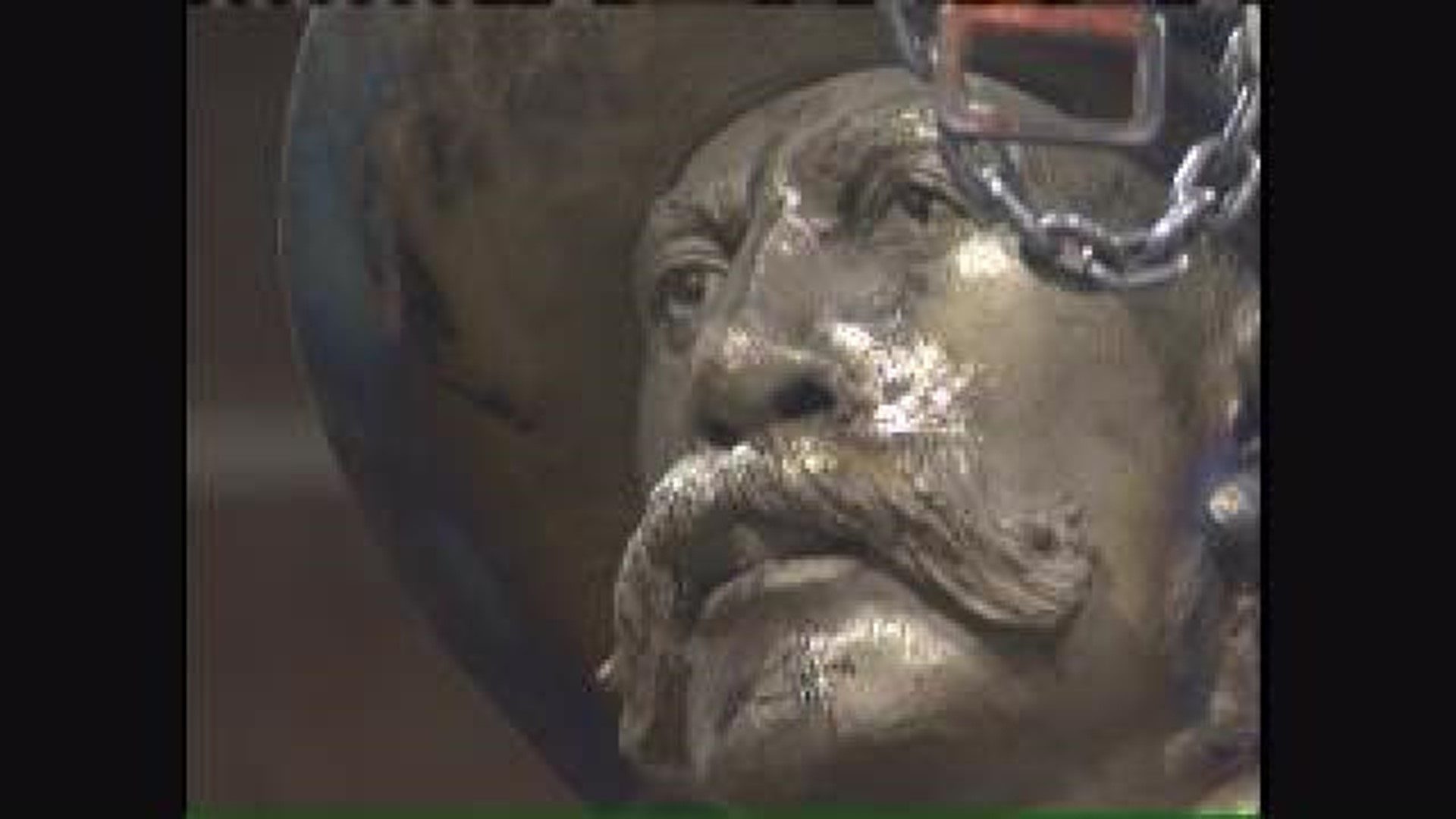 One of the first African American U.S. Marshals west of the Mississippi will soon have a memorial statue in Fort Smith.

5NEWS takes you behind closed doors for a look at the making of the Bass Reeves Legacy Monument.

From welding, to chasing, workers at the Crucible Foundry in Norman, Oklahoma put pieces of Bass Reeves together. It's a 25 ft. tall bronze statue, and a process that began with one of the best western artists in the nation Harold Holden of Enid, Oklahoma.

"What's impressed me is the enthusiasm of Fort Smith,” said Holden. “It's far bigger than any I've been involved with."

Holden says he first sketched Bass Reeves back in 2007, but it took about a year to make the historical figure come to life.

One of the first steps to creating the statue, Holden says, is sculpting a mold in pieces then coating it with rubber. Then comes the lost wax process, a more than 4,000-year-old sculpting method where molten wax is poured into the mold.

"Then they bake the shell and the wax pours out, so that's where they call it lost wax process," said Holden.

"When that cools, they break it off with hammers, break the shell off, then you got the bronze," said Holden.

Then Holden says the pieces are welded together.

"I read several books on him, so in the sketch I put things that were mentioned in the books that he carried," said Holden.

Gun in hand, on horse, a U.S. Marshal ready to bring justice to the River Valley.

"He was very very tough,” said Holden. “You wouldn't want him after you. That's for sure."

A hound dog, Holden says he read Bass Reeves often took with him to track outlaws, will stand beside Reeves.

"Just wait until they unveil it and if they go ewwwww, then I'm in trouble," laughed Holden.

The Bass Reeves Legacy Monument is a $300,000 project funded by contributions from the community. The statue will be escorted by law enforcement from Norman, Oklahoma to Fort Smith Wednesday. The statue will stand in the Ross Pendergraft Park in downtown Fort Smith with a dedication ceremony Saturday, May 26.