NORTHWEST ARKANSAS (KFSM) — Spirits were high for lottery ticket buyers when making their purchase before Tuesday’s (Oct. 23) drawing, but as they w... 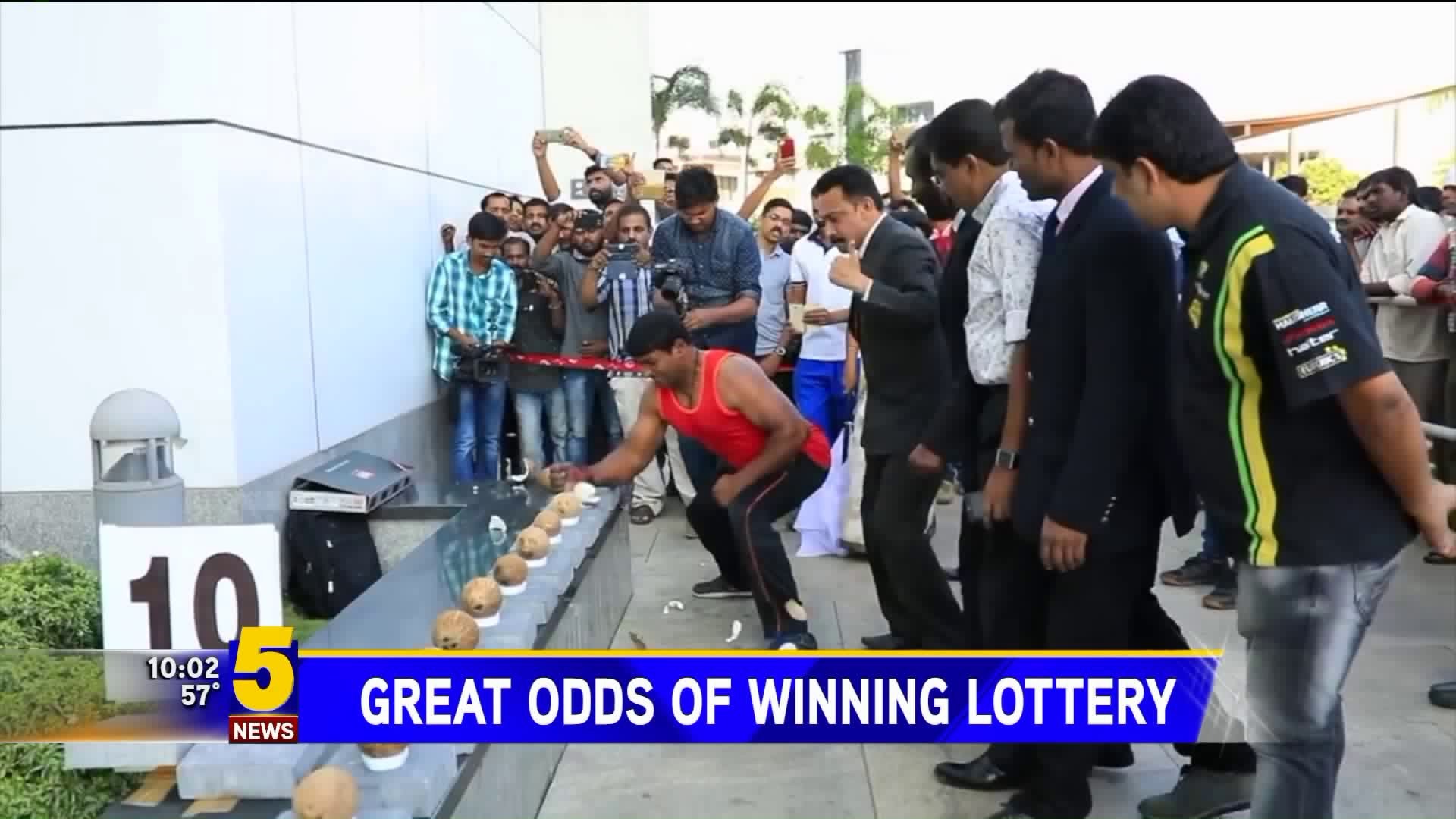 NORTHWEST ARKANSAS (KFSM) -- Spirits were high for lottery ticket buyers when making their purchase before Tuesday's (Oct. 23) drawing, but as they went home with ticket's in hand, little did they know their odds of being a winner.

Chiam Goodman-Strauss, a mathematics professor at the University of Arkansas, says mathematically, anyone who buys a Mega Millions ticket, on average, is going to make a profit "the trick is with the word average, because of course most of us won't make anything at all."

"It's much rarer than being attacked by a shark and hit by lightning at the same time or having a meteorite destroy your house," Goodman-Strauss said. He also added that winning the jackpot was about as rare as becoming a world class athlete or musician.

There's also a greater change of dying from a vending machine or from a falling coconut than there was winning the Mega Millions prize, but for most people, those odds aren't concerning.

"This is the first time I've played," said David Gipson, after just purchasing a lottery ticket. "I pray I win it, but if I don't, hallelujah, wish you luck to the next person."