FORT SMITH, Ark (KFSM) — For the first time, we’re hearing from family members of Debbie Stevens. The Fort Smith woman who died after getting caught in flash fl... 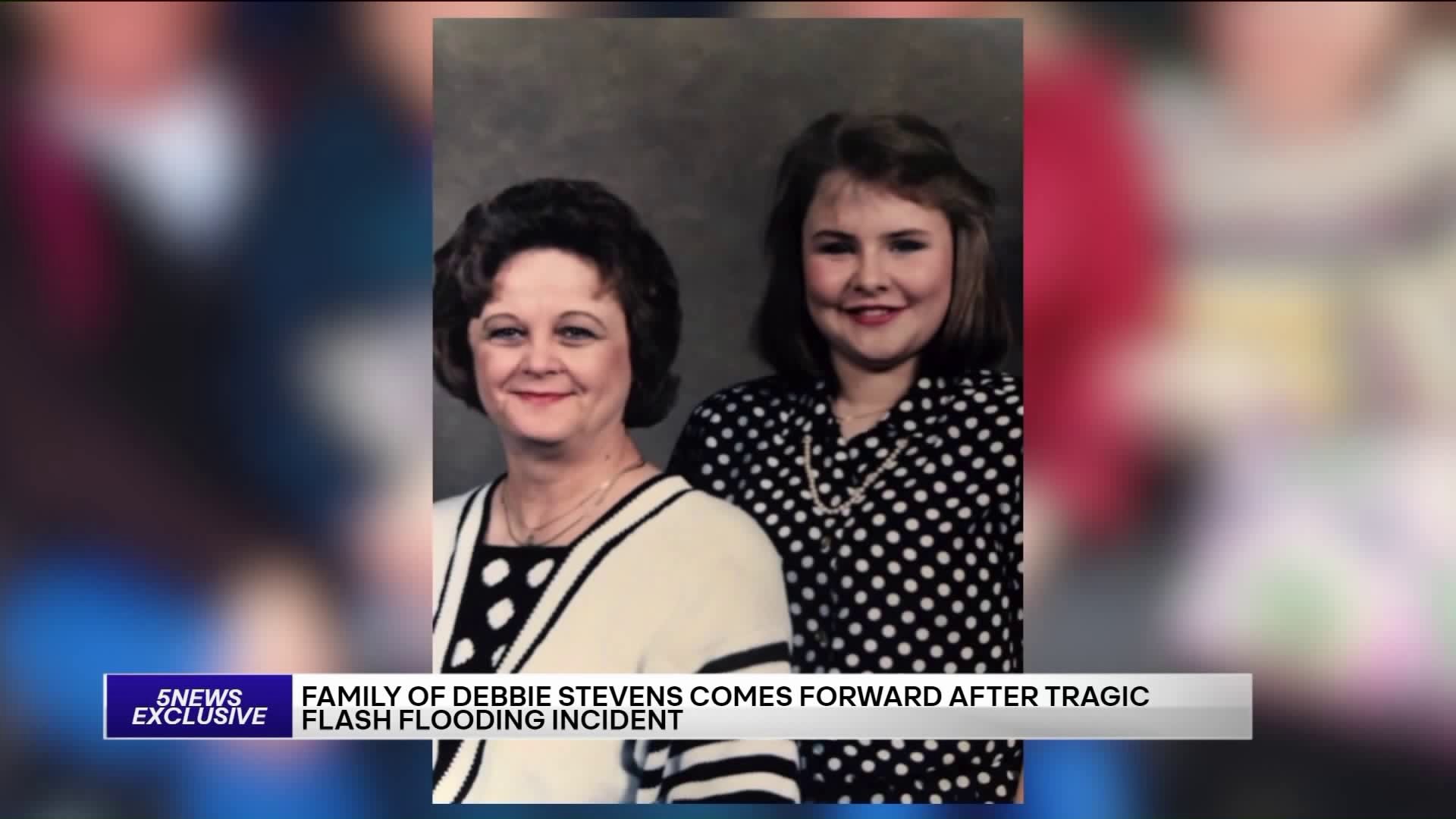 FORT SMITH, Ark (KFSM) — For the first time, we’re hearing from family members of Debbie Stevens. The Fort Smith woman who died after getting caught in flash flooding more than a month ago.

The disturbing 911 call making national headlines because of the manner the dispatcher spoke to Debbie in her last moments.

After Debbie, the city made it a priority to add the guardrail as a safety measure.

“At least they care. You know it does show that they haven’t forgotten and they are trying, and hopefully, it will save somebody else’s life," Roxanne Burch, Debbie’s cousin said.

Signs warning people of the potential flood danger now mark the area on Kinkead Ave where Debbie got trapped by floodwaters.

Her cousins say listening to the 911 call was devastating.

“I would not want anybody to have their last communication with anybody to be that. It was heartbreaking," Burch said.

Best friends with her mother Nancy who passed away not long after her daughter. The two shared a funeral.

“It made sense that Nannie would want to be with Debbie cause like I said they were always together," Rabbitt said.

The family says they don’t mind that the 911 call was aired on tv. They want it to serve as a training tool for other dispatchers.

"It’s going to be a good awareness of what not to do if you’re a 911 operator, to have some compassion and some concern," Burch said.

To Donna Reneau, the former dispatcher who took Debbie's final call her family has this to say.

Debbie’s birthday is October 11. The family is planning to hold a vigil here where she died.

They say they plan to do what they can to keep her memory alive.