BENTONVILLE (KFSM) — From Drake Field to Springdale, local airports compete for local flights. And with Bentonville being a business hub and one of the bu... 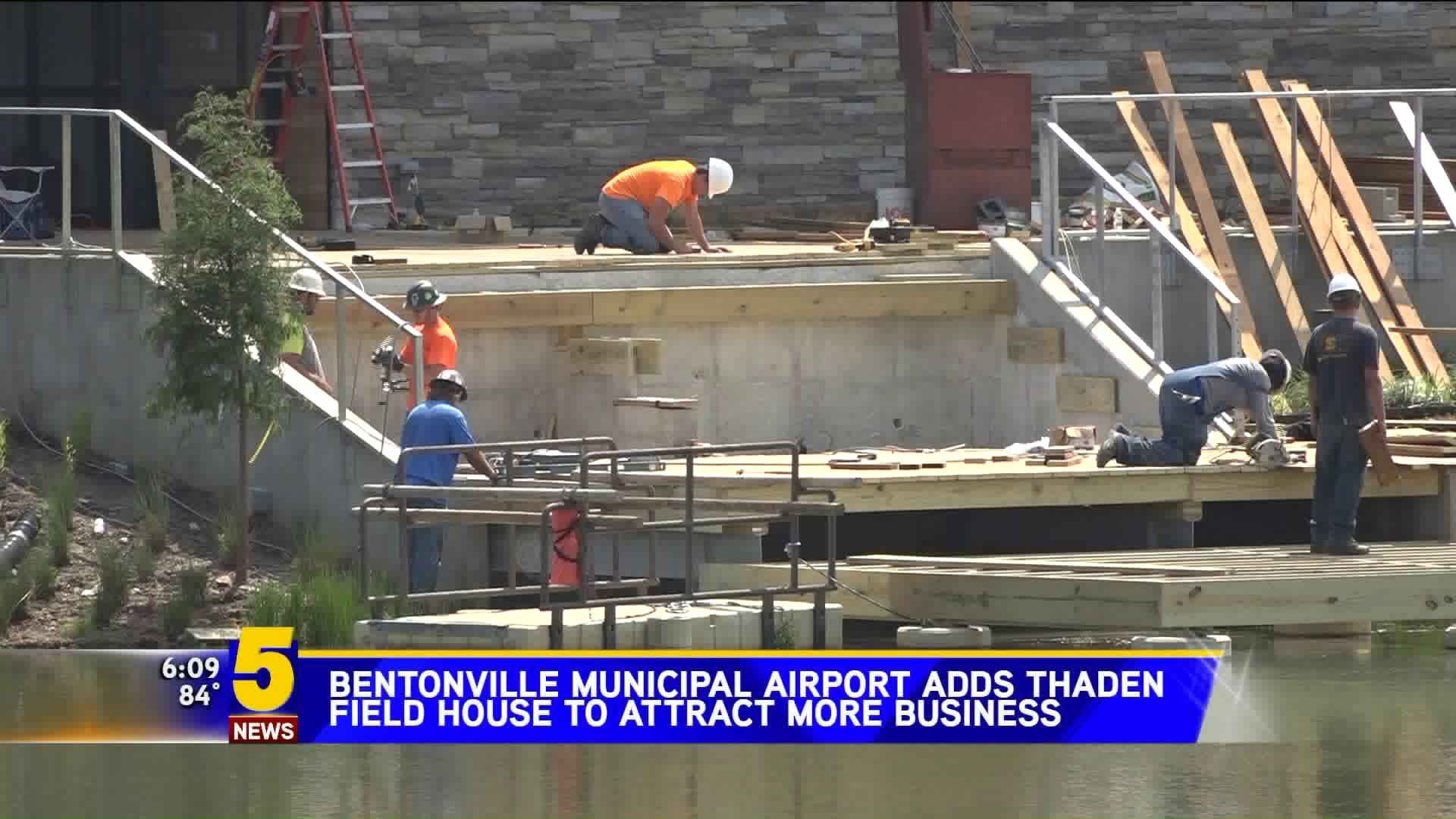 And with Bentonville being a business hub and one of the busiest non-towered airports in Arkansas, the city’s municipal airport is trying to attract even more business.

Construction on the Thaden Field House is close to being complete and once its open to will be a huge addition to the airport.

Inside the field house, there will be airplanes on view, a flight school, flying club and a restaurant overlooking the runway that will be open to the public.

“What we do hope to continue to grow and foster is people who learn to fly and come here and maybe they don`t know anything about aviation, but they learn from getting their private pilot’s license to maybe becoming an instructor,” Chad Cox, said.

Aviation Director for Runway, Chad Cox said not only do they want the field house to be a home away from home for aviators, but also for the entire community.

“This project has been in development for a very long time, so for our small community to have a facility like this at the airport. I`m super excited to have something that really is world-class here in Bentonville,” he said.

“I think it creates a new audience, a new niche market for us to bring in people who maybe haven`t been into the community or into the city, so we just have a new audience that we can cater to any kind of introduce out destination to them,” she said.

They are aiming for the Thaden Field House to be open to the public by the end of September.

The project was funded by private money from people in the community.

Also, at the airport the taxiway under construction which is being funded by a grant through the FAA.