MURFREESBORO, Ark. (KFSM) — After only searching for an hour, a woman found the largest diamond discovered this year at an Arkansas state park. Miranda Hollings... 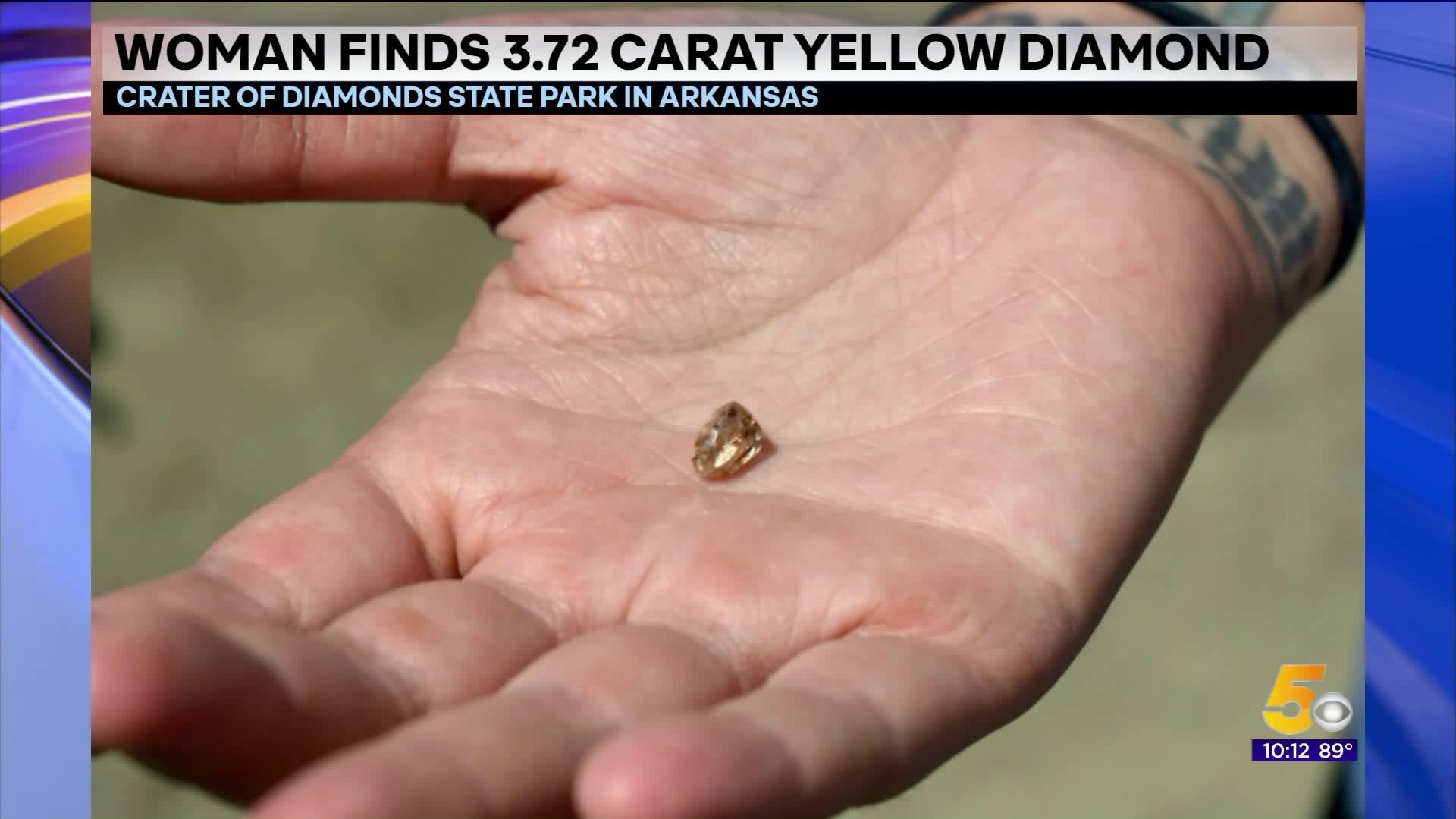 MURFREESBORO, Ark. (KFSM) — After only searching for an hour, a woman found the largest diamond discovered this year at an Arkansas state park.

Miranda Hollingshead, 27, of Bogata Texas was visiting Crater of Diamonds State Park for the first time when she spotted the 3.72 carat yellow diamond.

She found the diamond at the base of a hill on the northeast side of the park's 37.5-acre diamond search area.

She says she didn't plan on finding any stones though.

"I was just going to pick up a transmission that day, but my siblings were in town and wanted to do something fun together," Hollingshead said.

She says she's known about the park for years and decided to go diamond hunting when she found out it wasn't too far from her home.

"When I realized it was only a couple hours away, I knew we had to go," Hollingshead said.

"Much of the ground where Ms. Hollingshead found her diamond is made of unweathered volcanic rock. When it rains, flowing runoff often leaves loose gravel, and sometimes diamonds, on the surface in these areas," Cox said.

Most visitors who find diamonds give them a name. Hollingshead said her son chose to name her diamond "Caro Avenger."

Hollingshead says that if she doesn't sell it, she plans on having it mounted in a ring.

This is the largest registered at the Crater of Diamonds since March 2017, when a teenager from Centerton, Arkansas found a 7.44-carat brown gem.

The stone is the largest yellow diamond since a visitor from Oklahoma City found a 3.85-carat jewel there in October 2013.