Austin Elder, a Fort Smith teenager who fell 100 feet from a Newton County bluff on Dec. 8, will remain on life support until the weekend, according to his fami... 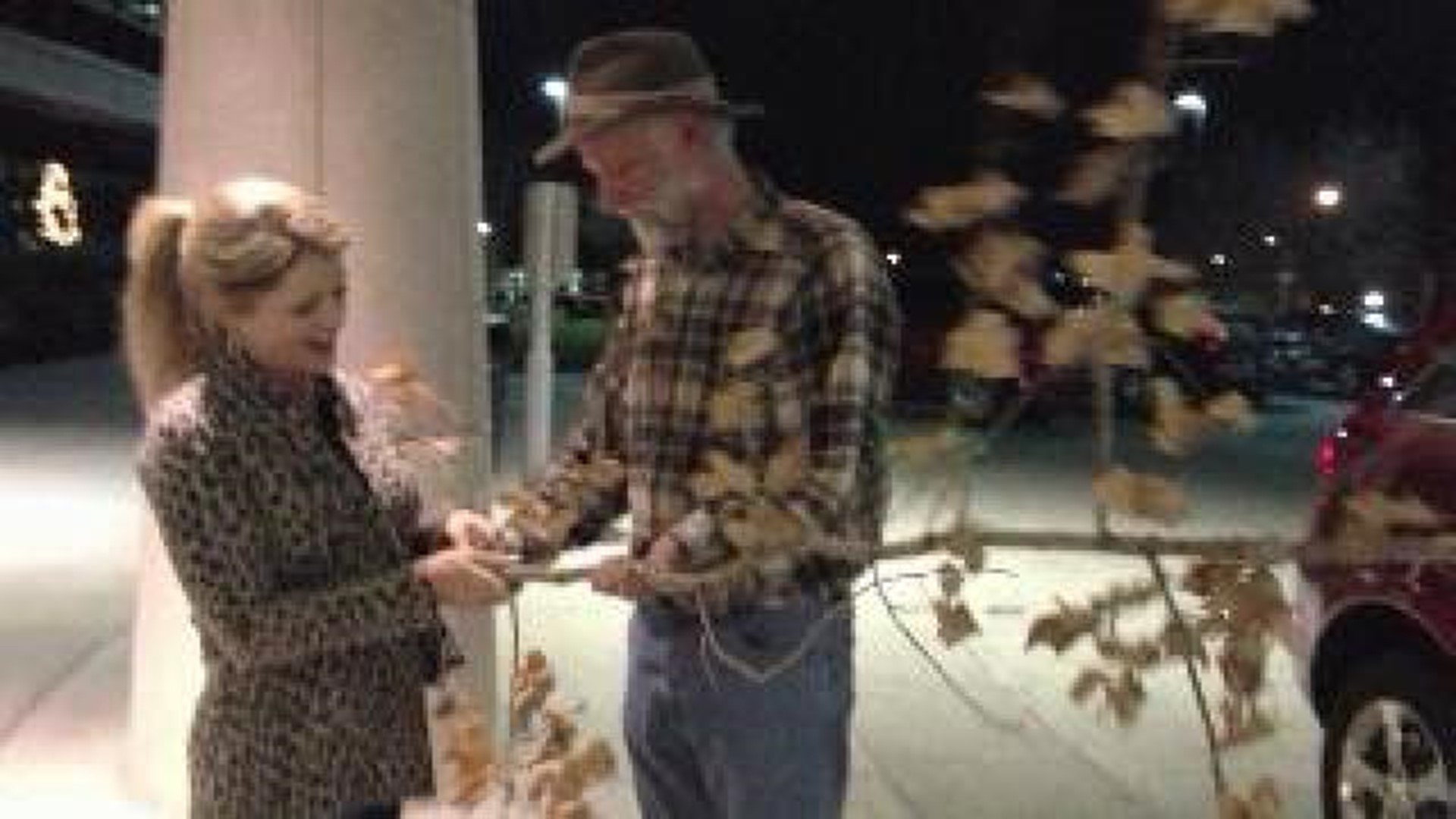 Austin Elder, a Fort Smith teenager who fell 100 feet from a Newton County bluff on Dec. 8, will remain on life support until the weekend, according to his family. After that his organs will be donated.

The 19-year-old suffered two massive strokes Wednesday and is now brain dead, according to the Prayers For Austin Elder Facebook page, maintained by Elder’s aunt.

“This is the best way we can honor him,” Tina Bare said. “There is no hope, he’s really gone.”

Elder chose to be an organ donor when he last renewed his driver’s license, according to his aunt Tina Bare.

“They actually had a conversation about it,” Bare said of Elder and his mother. “He was adamant about it.”

The family will remain at Mercy Hospital in Springfield, Mo., where Elder is being treated at least until Saturday. Doctors are hoping a paralytic drug given to treat Elder for his injuries will be out of his system by then.

His body will be sent to a St. Louis hospital where his organs will be harvested and used to help between five and eight people, according to Bare.

Elder fell 100-feet from Hawksbill Crag at Whitaker Point. Authorities said no one has ever fallen from the bluff and lived.

On Wednesday, Tim Earnst, who helped lead rescuers to Elder, brought the family the branch he said he believes saved Elder from immediate death by cushioning his fall.

Elder suffered brain swelling, a collapsed lung, a broken pelvis and internal bruising. But his aunt said his organs were not damaged in the fall.

“We now know that that little tree caught him and kept him from having his organs damaged because other than being bruised they were miraculously all okay,” Bare said.

The family says they have peace knowing their loss will save someone else through organ donation.

"Forever I'll have a hole in my heart," said Gina Rogers, Elders mother said. "But we have lots to laugh about. He left us a lot of precious memories. I'm very proud of him."

Elder was in critical but stable condition following surgery Sunday to relieve pressure in his head, leading family members to believe he was improving at the time.

Elder recently finished his first semester at the University of Arkansas at Fort Smith.

A bank account has been set up at Arvest Bank to help the family with medical costs. Anyone interested in helping can stop by any Arvest branch and make a deposit into the “Arvest Cares Austin Elder Medical Account.”

The Prayers for Austin Elder Facebook page had nearly 12,000 "likes" Thursday afternoon. The family credits prayers and encouragement from the community and those who follow the Facebook page for helping them get through it.

"It's brought people back to the foot of the throne again,"  Rogers said.

Click here to see more coverage of this story. 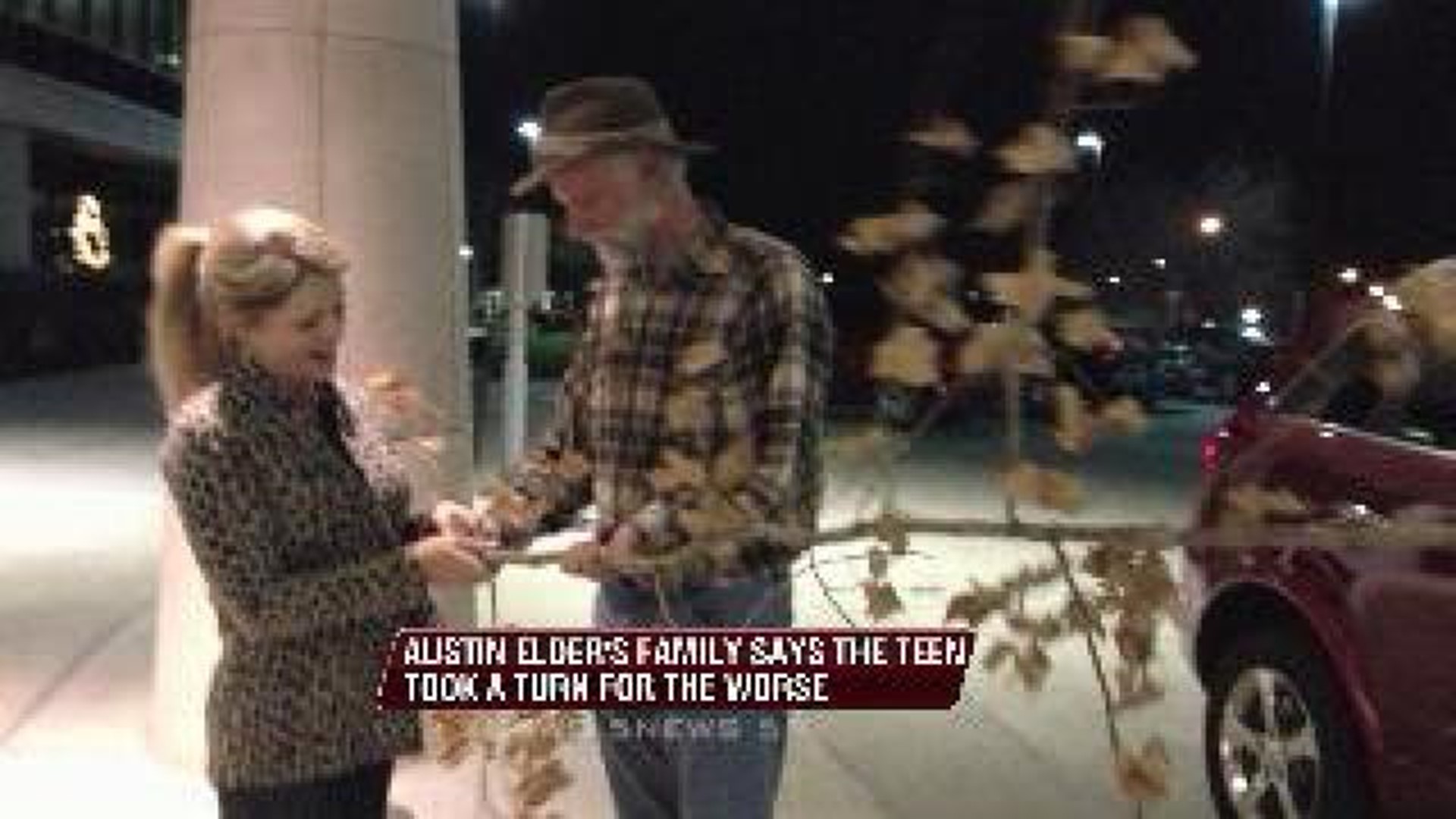