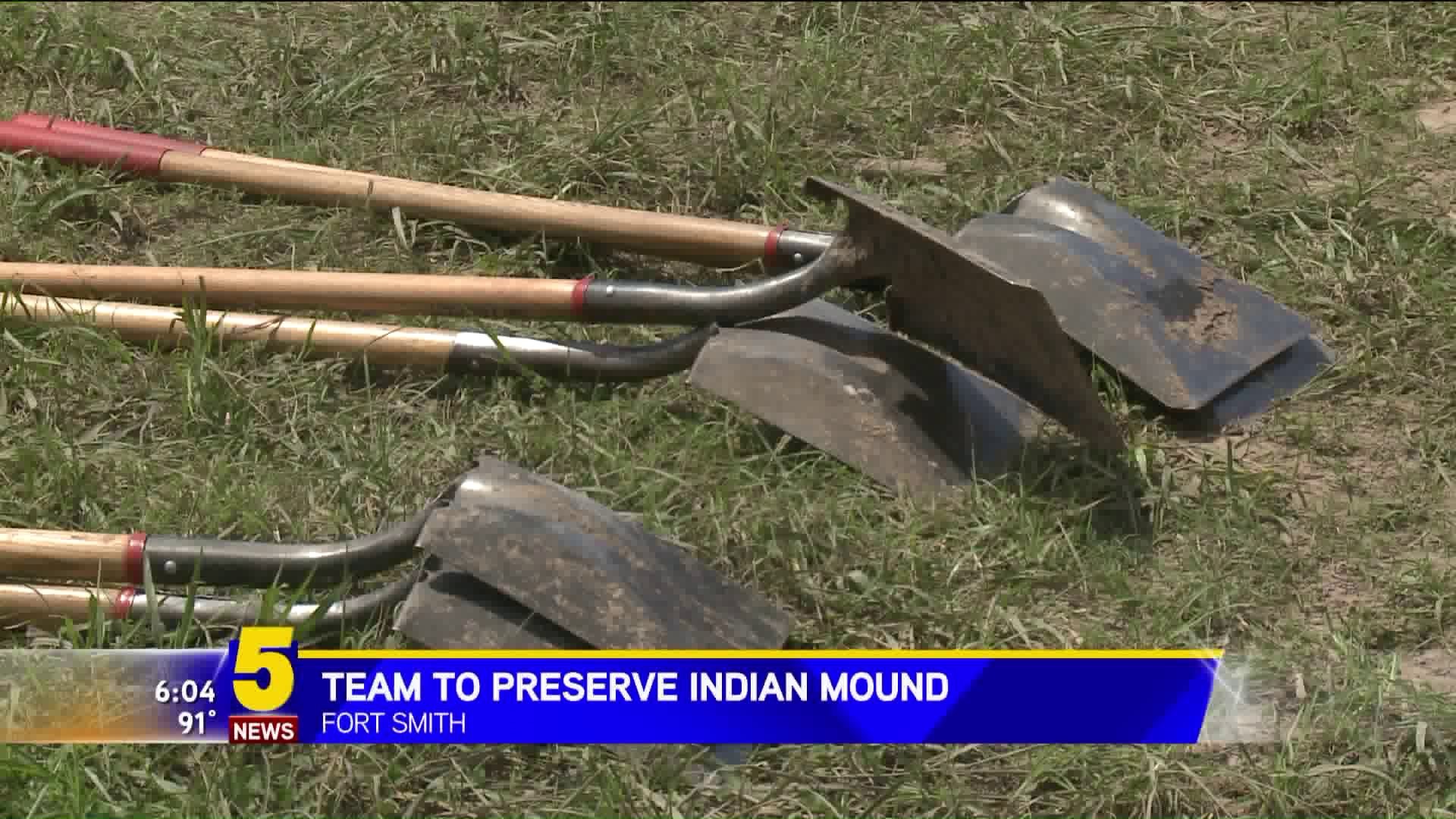 Experts believe the mound was constructed by the Caddo Indian Tribe around 1200 A.D.

"This is a platform mound. It's not a burial mound or anything like that. It was just a place they constructed that they often had structures on top of," said Tim Muvihill, an archaeologist with UAFS Archeological Survey.

On Monday (Aug. 7), the Archaeological Conservancy will begin restoring and preserving the mound.

"They'll kind of prepare a surface there where they can bring in fill, pack it in and stabilize this side of the mound. I'll be here to make sure if we do uncover anything that it's recorded or saved," Mulvihill said.

Mulvihill said the mound has been subjected to erosion and in the 1970s one side may have been dug out to be used as fill dirt.

While the team does not believe the mound was used as an Indian burial ground, they said they do believe a family who owned the plot when it was farm land used it as a family burial site.

"They actually had a family cemetery on top of the mound but now all of the headstones have disappeared," Mulvihill said.