GENTRY, Ark. (KFSM) – Construction is still underway on Simmons Foods new processing facility that broke ground in January of 2018. The building is more than 31... 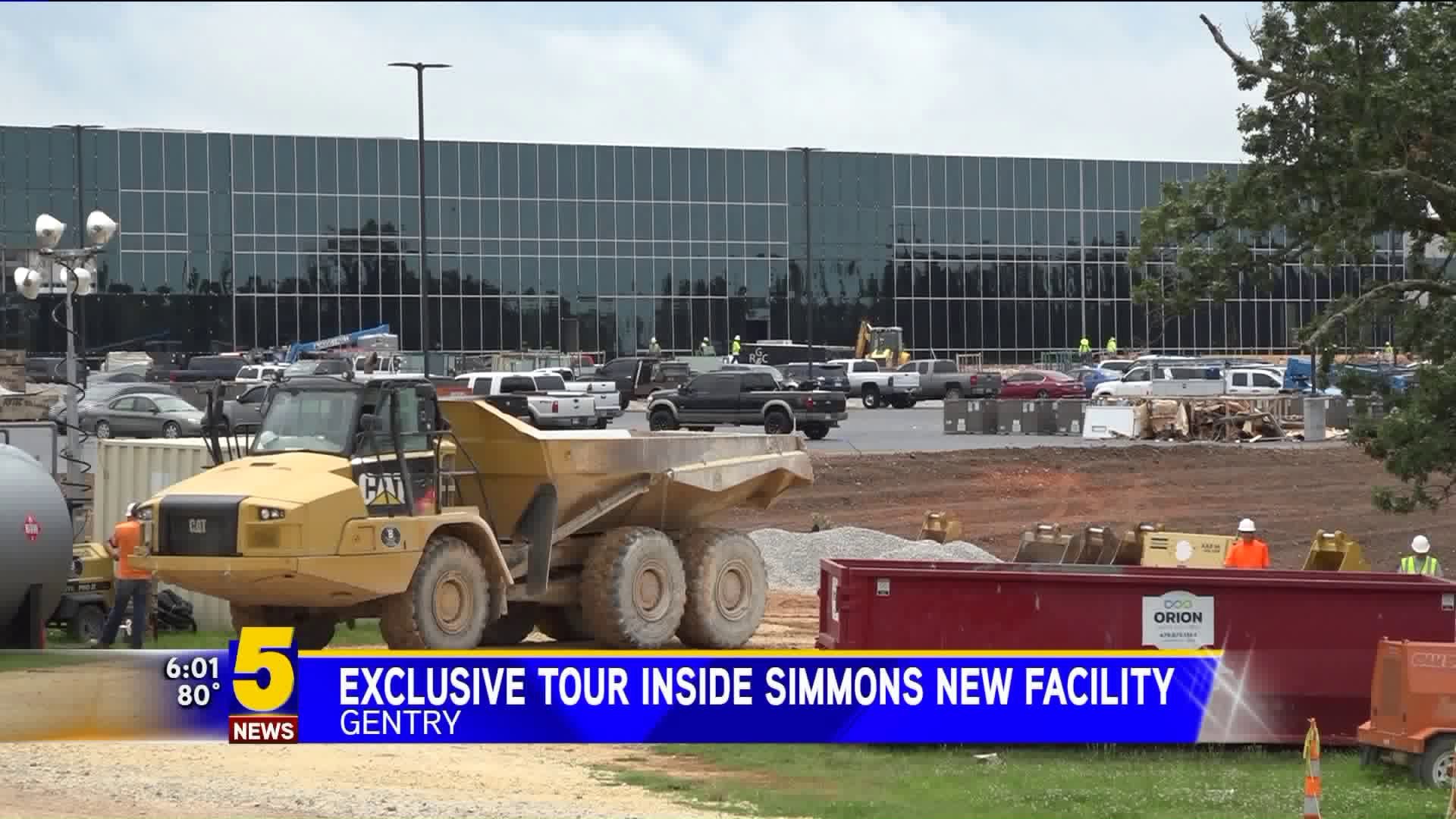 GENTRY, Ark. (KFSM) – Construction is still underway on Simmons Foods new processing facility that broke ground in January of 2018. The building is more than 315,000 square feet. This new facility will be taking the place of the Decatur facility. Senior director of operations, Jeff Norman, said all those employees will move to the new facility plus they'll hire even more people.

“It`s been completely focused around the environment for our people, so we are very proud about the aspect of being able to build a facility that is really focused on our team members and their job,” Norman said.

Norman said what sets this facility apart from other processing facilities are streamlining processes.

“Built around ergonomics and ergonomic programs for our folks. We`ve separated them from the equipment and from the process itself. It`s a lot quieter in these areas. They are climate controlled. Not what you would traditionally see in a poultry processing operation,” he said.

This new facility will create more than 1,500 new jobs which Benton County Judge Barry Moehring said is going to be great from economic development.

“Those are going to have a multiplier effect in the economy, a ripple effect through retail, through housing, through infrastructure, even down to school districts are going to benefit greatly from a facility like this. So, I`m just really glad to see this kind of development on the west side of Benton County,” Moehring said.

Norman said they`ve put a lot of focus into making sure they`ve done the best they can do to mitigate any outfall to the surrounding communities.

“In addition to the buffers that we`ve put in place with regard to landscaping, the berms that have been built to help mitigate some of that visibility, we`ve also got air scrubbers on our processes as well,” he said.

Construction will be complete, and the facility will be up and running in October 2019.

As for the people who complained about the new facility, they have yet to go on camera or return our calls to voice their issues.

Simmons Foods is in the process of hiring even more employees, so they have set up a hiring center in Siloam Springs to make the process easy for anyone wanting to apply for a job.