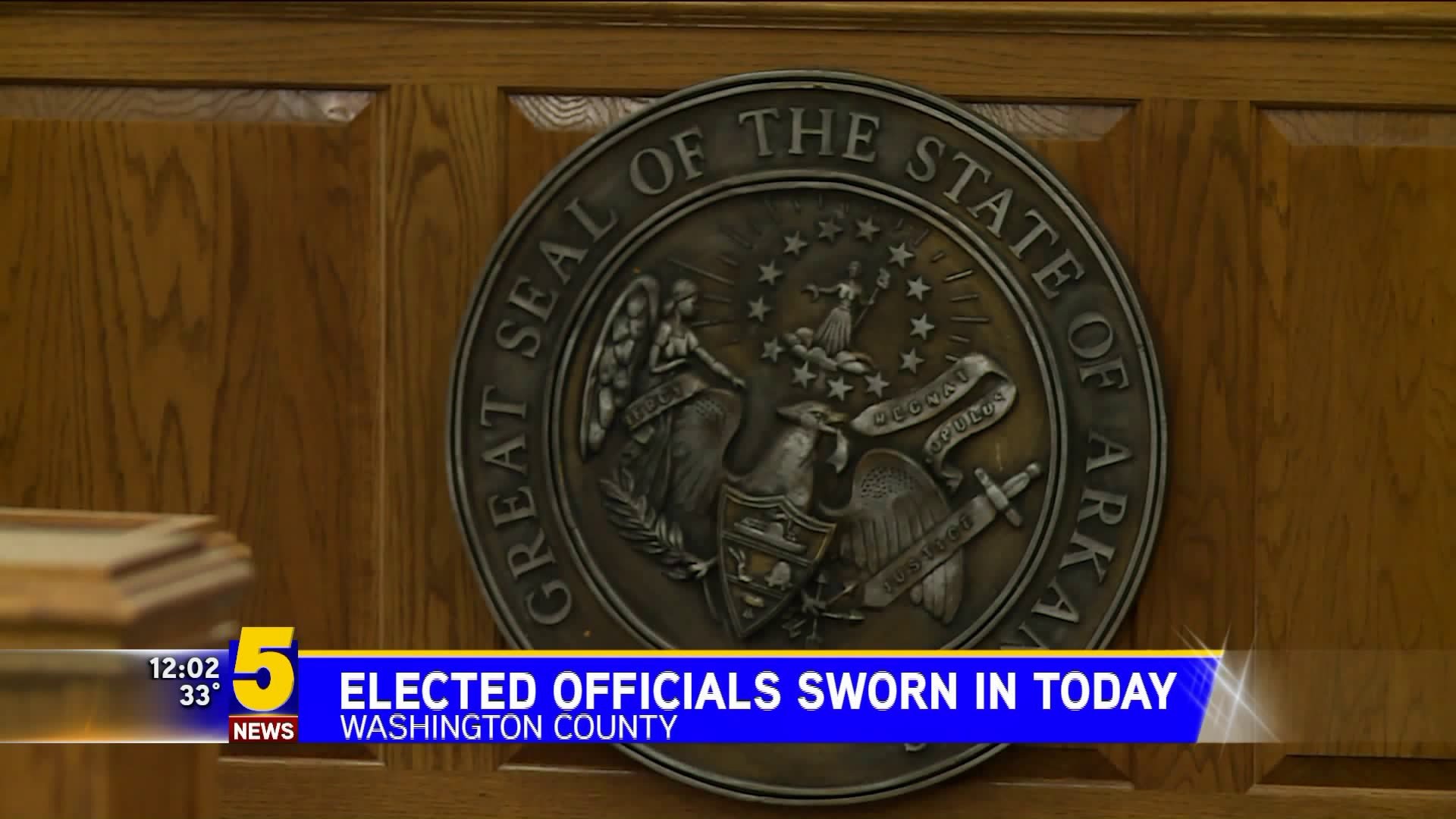 Twenty-five people took oaths of office in positions ranging from county clerk to a justice of the peace.

Washington County Sheriff Tim Helder spoke to 5NEWS about what this day means for those being sworn-in.

“It’s an historical day, it is an historical day for full-time county elected officials. It’s the first time in history that we’re gonna start our first four-year term, it’s been two years prior to this, so we’re all excited about that,” he said.

Whether someone is serving the county for the first time or an official who was re-elected, Sheriff Helder says this day carries responsibility.

“I never take it for granted, the constitutional process and the weight that carries and the importance of service so it’s always exciting to me but it’s kind of ominous at the same time in that you recognize it does come with a lot of responsibilities, he said. “I think all of the elected officials feel the same way, we’re pleased to serve, but we know that there’s a lot of expectation placed upon us.”

Now that each elected official has taken their oath, County Judge Joseph Wood says they are ready for what is in store for 2019.

“Public safety, first and foremost, we’ll talk about the jail, talk about communications so we got a lot coming up this year that we will be talking about. We have a crisis stabilization process that will impact what’s going on in the jail, so quite a bit going on in 2019,” he said.

Both Sheriff Helder and Judge Wood said the most significant project for 2019 is the expansion of the Washington County Jail.