ROGERS (KFSM) — A Benton County man was arrested after he barricaded himself inside a mobile home northeast of Rogers for about three hours on Monday (Jan... 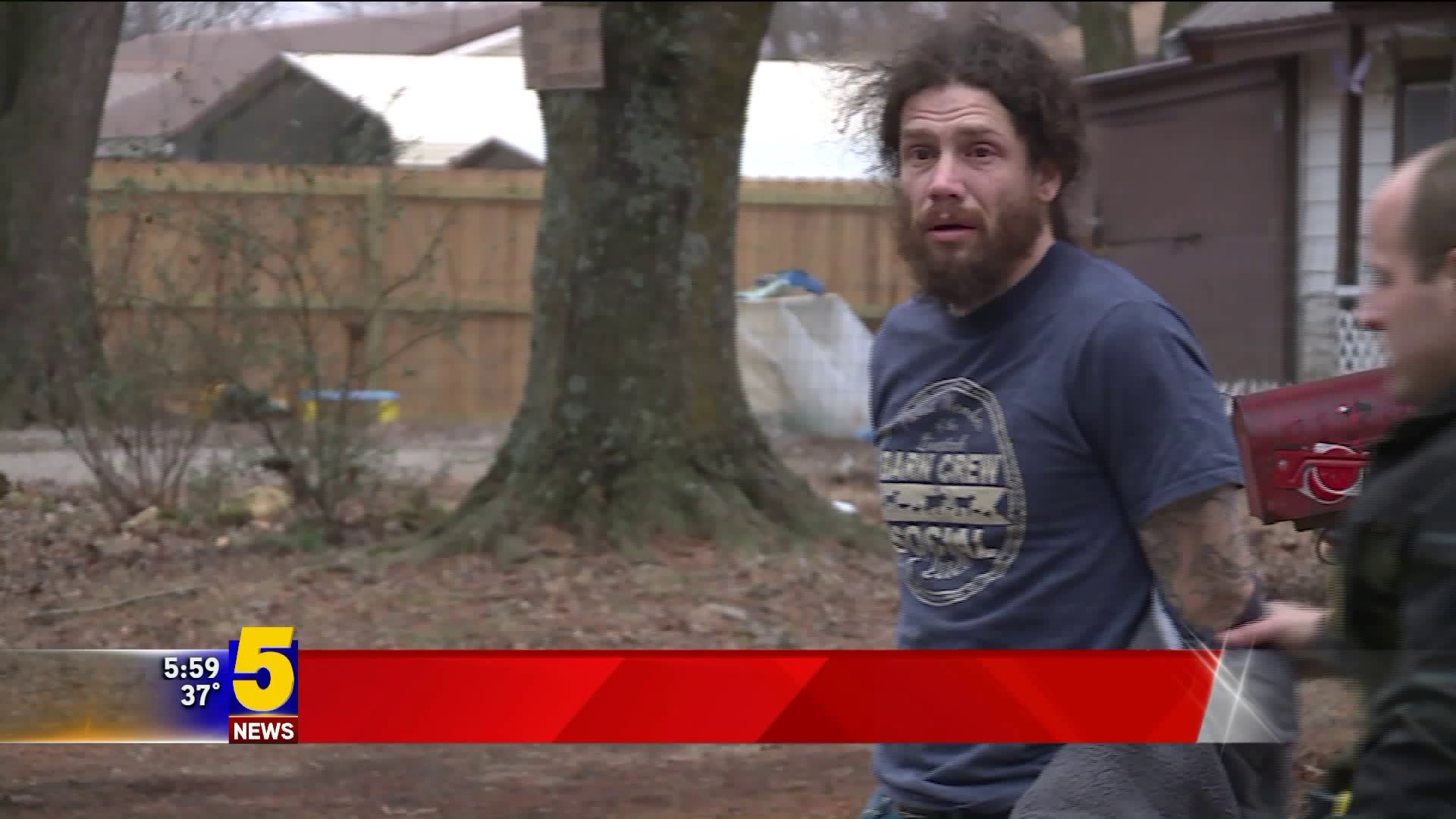 ROGERS (KFSM) -- A Benton County man was arrested after he barricaded himself inside a mobile home northeast of Rogers for about three hours on Monday (Jan. 14), according to the Benton County Sheriff's Office.

Kenneth Farr, 37, was taken into custody following a standoff on unspecified charges, according to Sgt. Shannon Jenkins, spokeswoman for the sheriff's office.

No one was injured during the incident, Jenkins said.

Deputies were called about 1 p.m. to Farr's trailer near Cemetery Road and U.S. 62, where someone had reported a gun in Farr's mailbox, Jenkins said.

Deputies tried to speak to Farr but he ran inside his home and wouldn't come out.

They later called out the SWAT team because Farr refused to leave after having ample time to get out.

Jenkins added that Farr had a warrant out for his parole.

This is still an ongoing investigation and we will update the story as we receive more information.