FORT SMITH (KFSM) — An SUV crashed through an apartment building in Fort Smith barely missing the people inside. Around 1:30 p.m. Thursday (July 25) the Lena Et... 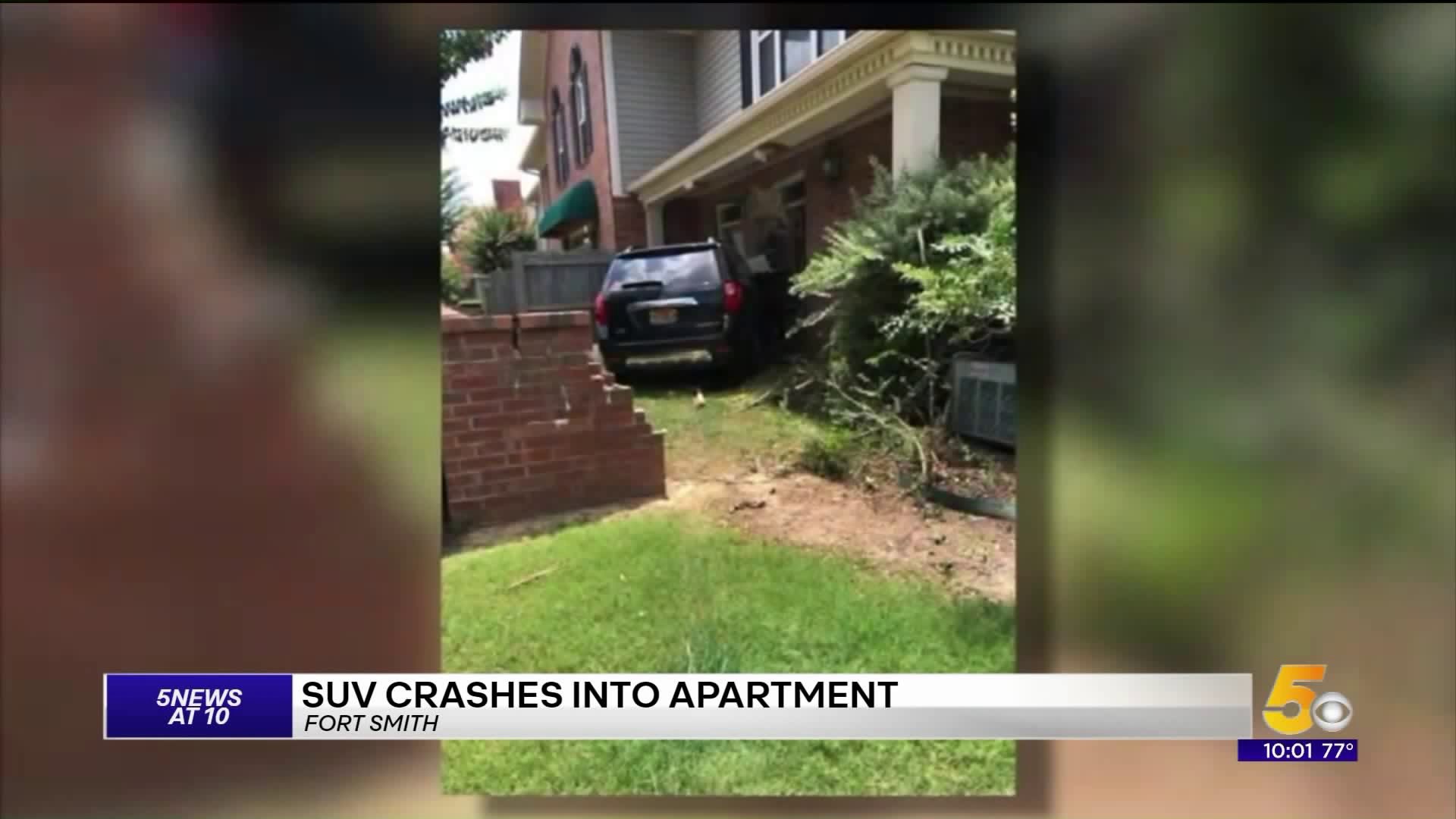 FORT SMITH (KFSM) — An SUV crashed through an apartment building in Fort Smith barely missing the people inside.

Around 1:30 p.m. Thursday (July 25) the Lena Etris and Christian Jones were sitting on their couch when all of a sudden they heard a loud noise, and then realized an SUV came crashing into their living room wall just feet from where they were sitting.

The driver was coming south on Leigh Ave. before they veered off into the ditch and up through the patio and wall of the apartment complex, which is right next to Southside High School.

The SUV entered the home and just missed the gas line by a few inches.

"She kind of just ramped this ditch over here and then just came up and hit our brick wall and into the door, all we heard was just a loud engine rev some loud booms and the next thing we know she is in our living room," Etris said.

It's unknown at this time what caused the accident, but Etris and Jones say no one was seriously injured and it could've been a lot worse.

"Yeah someone ran through our house and someone's car got messed up today but nobody got seriously injured, nobody died you know so just be thankful for what you have because you never know when it can be taken away from you," Jones said.

The couple says their dog was just feet from the impact as the car came through the wall, but they are all okay.