PRAIRIE GROVE (KFSM) — A man was arrested after police said he attempted to set his car on fire while his stepfather and niece were standing near the vehicle. A... 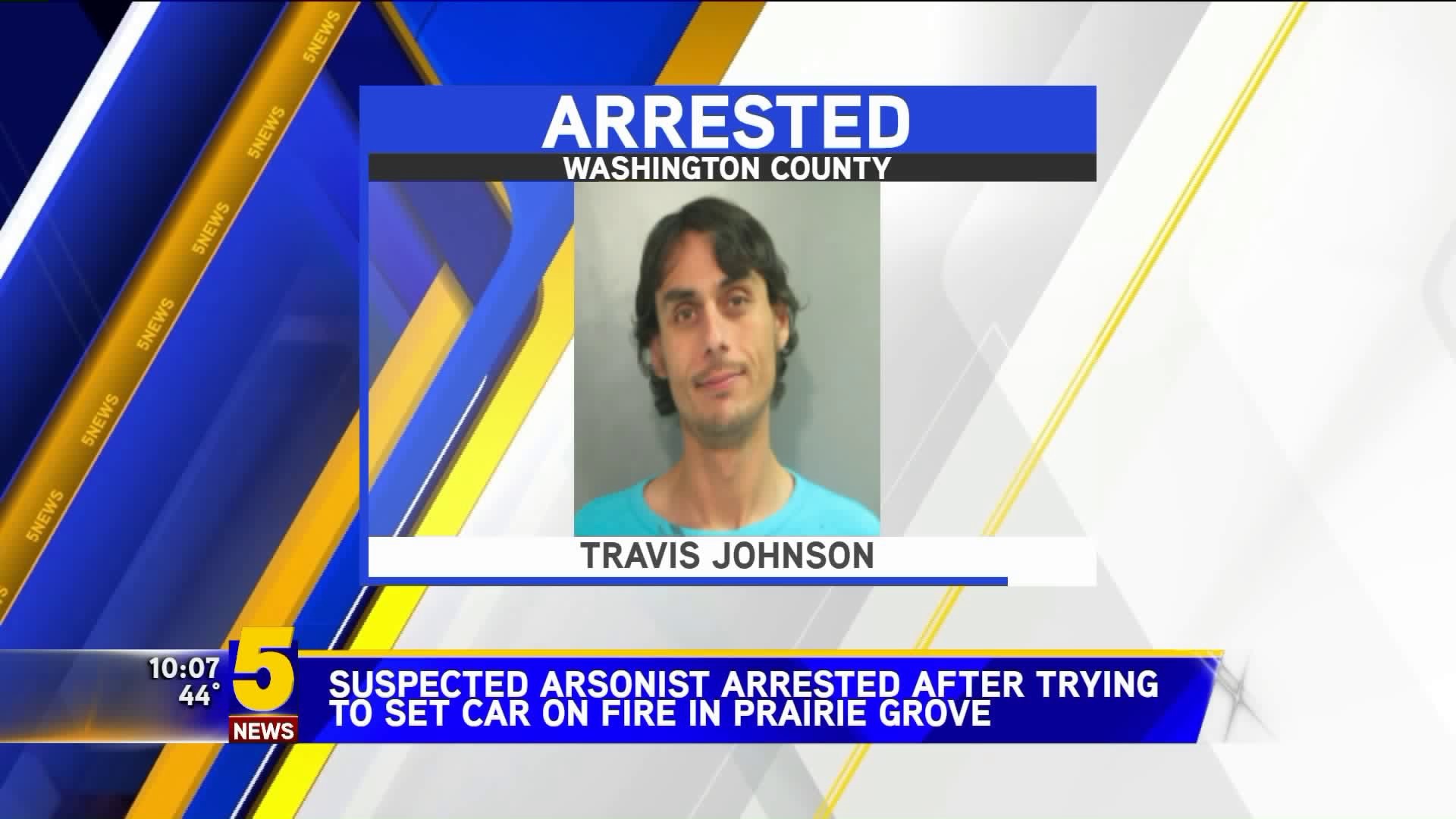 PRAIRIE GROVE (KFSM) — A man was arrested after police said he attempted to set his car on fire while his stepfather and niece were standing near the vehicle. A used syringe was also found in a pair of jeans inside the vehicle, according to an arrest report.

On Thursday, January 3, deputies with the Washington County Sheriff's Office were dispatched to Greasy Valley Road in Prairie Grove about a domestic disturbance. Once on the scene, deputies found Travis Johnson, 35, attempting to cut his own wrist in the driver's seat, a police report states. Officers used a taser on Johnson to prevent him from further harming himself. He was then transported to the Washington Regional Medical Center for treatment.

Two other people were at the scene, Johnson's stepfather and niece. They told deputies Johnson had tried to set the car on fire. He had stuffed a sock into the opening of the gas tank and attempted to light it on fire, a police report states. When the sock would not burn, Johnson tried to light a cigarette to put in the gas tank. Police say he did this while the two witnesses were close to the car.

Deputies then learned Johnson was a probationer with a search waiver on file, an arrest report states.

Due to his strange behavior, the vehicle Johnson was in was searched. A used syringe was found in a pair of jeans in the backseat. The sock witnesses told police Johnson tried to use to light the car on fire was also found. While being detained, deputies found a plastic lighter and a cigarette butt in his pocket.

Johnson admitted to deputies that he attempted to set the car on fire. When asked about the syringe in his car he told officers, "(it was) probably for meth."

Johnson is being charged with two counts of Aggravated Assault for attempting to set the vehicle on fire with his stepfather and niece nearby, an arrest report states. He is also being charged with Attempted Arson, a Class D felony. Johnson is also facing a charge of Possession of Drug Paraphernalia.