BOONEVILLE, Ark. (KFSM) — A suspect detained in connection with a 22-year-old woman’s death in Booneville is now being charged with murder, according to c... 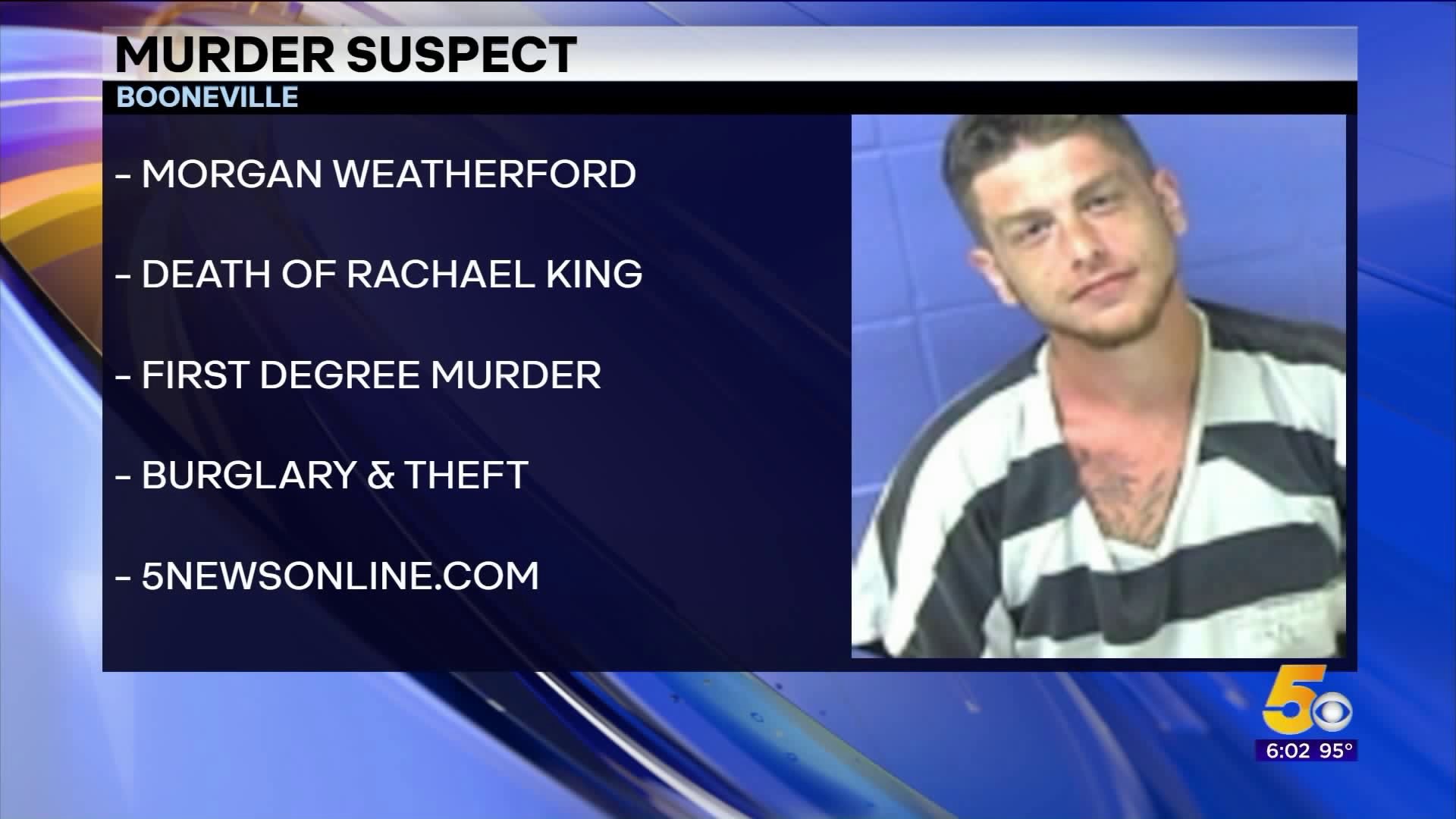 BOONEVILLE, Ark. (KFSM) — A suspect detained in connection with a 22-year-old woman's death in Booneville is now being charged with murder, according to court documents.

Morgan Weatherford has been in custody since Wednesday (Sep. 4), the same day Rachel King was found dead inside of her home. He was detained in Conway and taken to Logan County for questioning that night.

A Logan County Circuit Court judge has ordered Weatherford be held on a $1 million bond, according to KATV.

According to court documents, Weatherford broke out the back bedroom window of the home and crawled into a minor boy's bedroom. He's facing a residential burglary charge for the offense.

Weatherford admitted to police he strangled King. He also said while he was choking her, he hit her head on the ground several times.

Weatherford is also facing a theft charge for stealing King's 2003 Ford Expedition to flee the area.

Jimmy King, Rachel's father, says while this is an unspeakable tragedy for him and his family, he is thankful for the support of his community.

“The emotional support, prayers, you know apparently peoples donating money and stuff to help cover funeral cost and stuff like that, and it’s just an overwhelming feeling to know that if she could see how much she’s love she would be in tears, she would literally be sitting down holding her face bawling,” he said.

Jimmy says right now he is focusing on bringing justice to everyone involved in this case, for Rachel and her children

Rachel’s body was sent to the Arkansas State Crime Lab. He says her autopsy was scheduled for Friday (September 6) morning.

Weatherford is awaiting a bond hearing.