SPRINGDALE (KFSM) – A recent report by The Northwest Arkansas Workers’ Justice Center said wages and working conditions in Arkansas are poor for employees. The ... 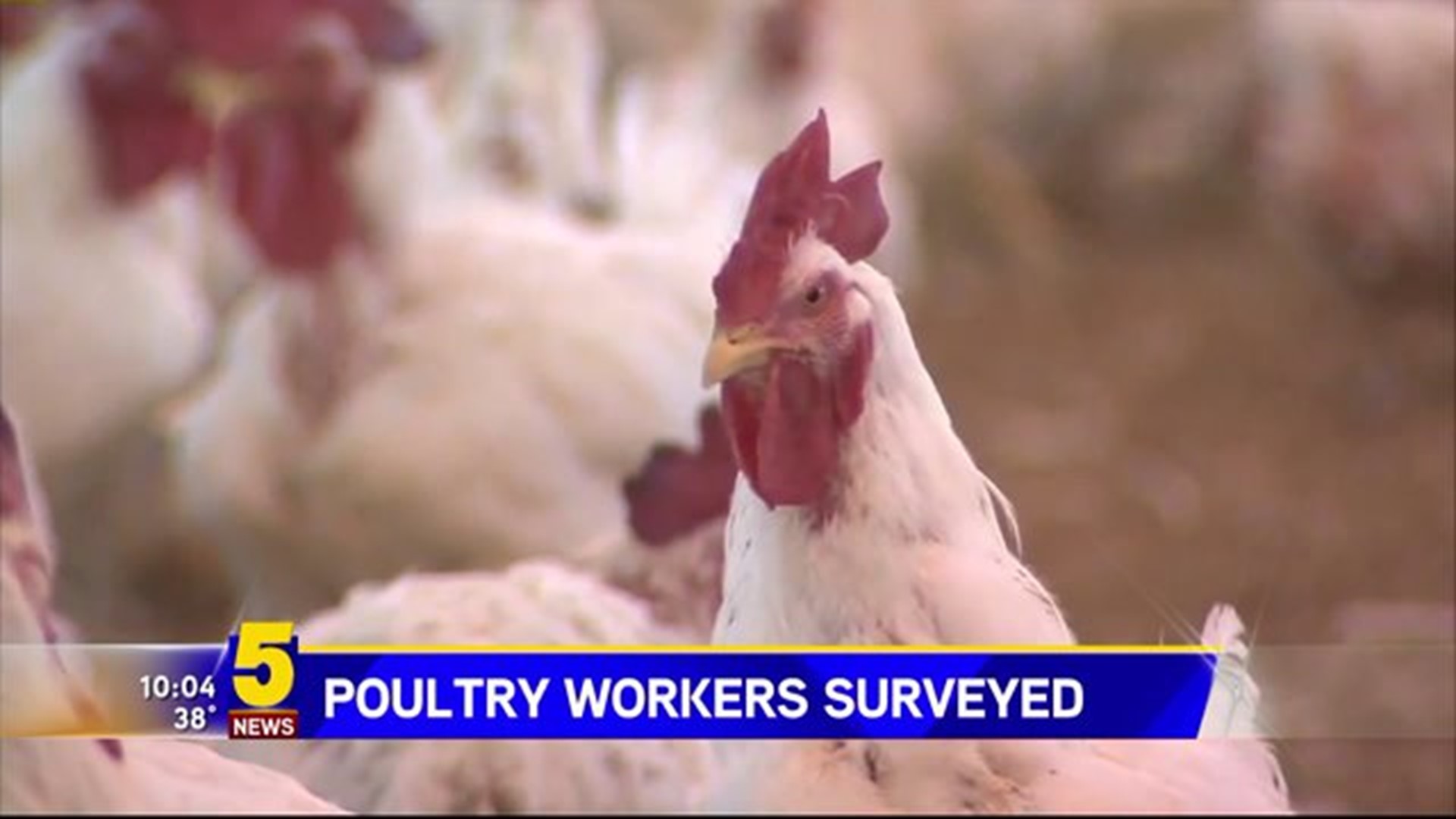 SPRINGDALE (KFSM) – A recent report by The Northwest Arkansas Workers’ Justice Center said wages and working conditions in Arkansas are poor for employees.

The survey was done in Arkansas, with 500 poultry industry workers from different companies participating.

The survey claimed that many employees work for wages that come below the poverty line. It also said some employees experience discrimination.

Tom Super with the National Chicken Association said the survey was not accurate. He told 5NEWS those surveyed in the poll were not an accurate representation of the rest of the nation’s workforce.

5NEWS requested to interview employees at Tyson Foods, one of the many companies mentioned in the report.

The company denied requests. However, they did provide a video with interviews from employees. The featured employees claimed the working conditions at Tyson were proper, and fair.

"We wouldn’t be a successful company without our Team Members. We care about them and we’re continually working to make sure they’re treated fairly. We believe in fair compensation, a safe and healthy work environment and providing our Team Members with a voice in the workplace.  Our company has met several times with the human rights group Oxfam America and has also reached out to the NWA Workers’ Justice Center to talk about what we do to help our poultry Team Members succeed."

Tyson also added their average pay for poultry workers who have worked for the company for more than one year is $12 an hour. They also provide documents on their website, which explain their stance on worker benefits and procedures.

The Northwest Arkansas Workers' Justice Center did emphasize that their survey was conducted with employees from more than 10 different poultry companies in Arkansas.

Statements from other companies mentioned in the survey were not given to 5NEWS.