GRAVETTE (KFSM) — A student was apprehended after making a threat toward a Gravette school, the superintendent said Thursday. Dr. Richard Page, superintendent f... 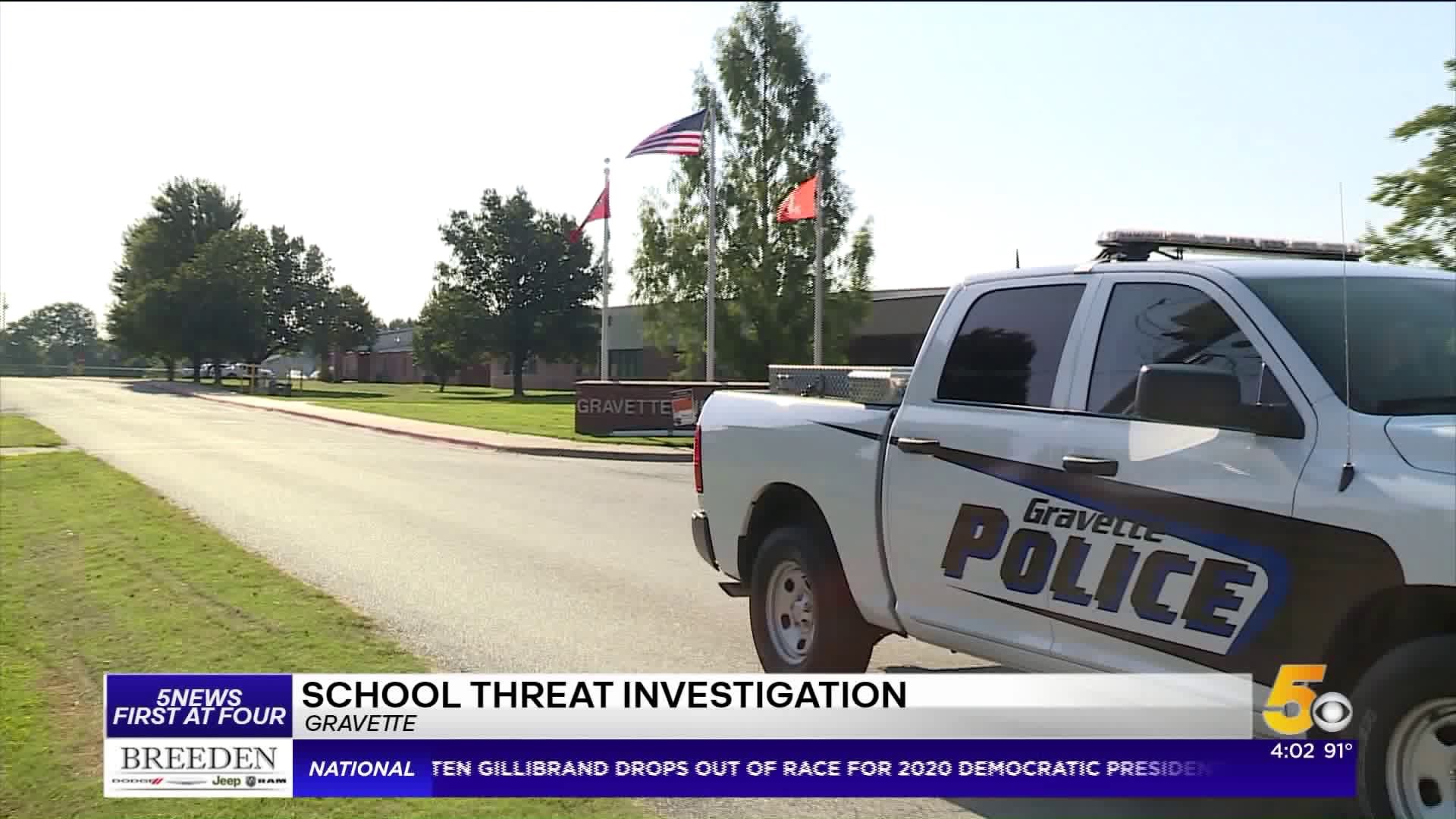 GRAVETTE (KFSM) — A student was apprehended after making a threat toward a Gravette school, the superintendent said Thursday.

Dr. Richard Page, superintendent for the Gravette School District, said a student made a threat toward one of the schools Wednesday night.

"He has since been apprehended by the police and the situation has been resolved," Page said.

Chief Charles Skaggs of the Gravette Police said the threat was made over social media by a student toward Gravette Middle School. Police spoke with the student.

The student has been suspended from school, Skaggs said. Police said that they didn't actually make an arrest because the suspect lives outside of their jurisdiction and in the county.

Sgt. Shannon Jenkins with the Benton County Sheriff's Office said they had opened an investigation into the threats and had made contact with the juvenile. Because a juvenile is involved and the process differs from adult cases, Jenkins said she couldn't provide further information as to specific actions taken at that time. She said no charges had been filed at this time, but the investigation was ongoing.

A post on Gravette's city Facebook page said the threat was made toward Gravette Middle School on social media. It states that the Gravette Police and Benton County Sheriff's Office deputies contacted the juvenile, and the "situation was addressed."

"There is NO danger to any Gravette school at this time," the city said.

Gravette Police will be at the Gravette schools today to provide support and extra security, but that is related to the threat made earlier this week mentioned by the FBI as an unsubstantiated threat against an unnamed Arkansas school.

"The safety of all students and staff is our highest priority," the city said.