BENTONVILLE, Ark. (KFSM) — A Sulphur Springs man was sentenced to 10 years in prison for endangering his young children after police found the kids were malnour... 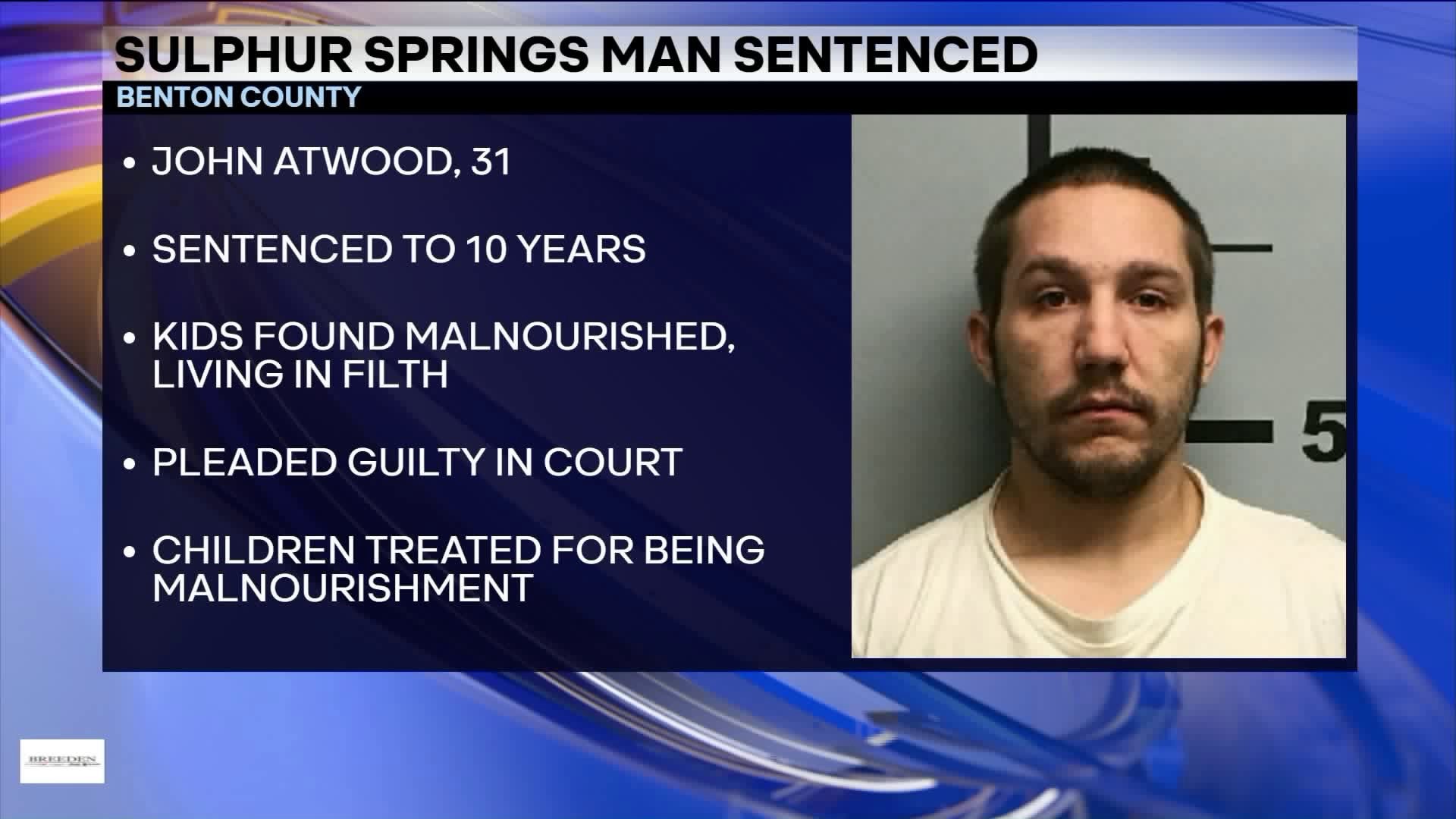 BENTONVILLE, Ark. (KFSM) — A Sulphur Springs man was sentenced to 10 years in prison for endangering his young children after police found the kids were malnourished and living in a roach-infested home filled with dirty diapers and rotting food.

Atwood received credit for 98 days served in the county jail. He has an eight-year suspended sentence set to begin when he's released from the state Department of Correction.

Police arrested Atwood in March after a woman found two of his children running down Hilbert Street in their diapers.

Police said the children were covered in dirt and had abrasions on their bodies. One child had blood in their diaper and a rash so severe they could barely sit down, according to an arrest affidavit.

Police went to Atwood’s home, where they said he appeared to have just woken up and didn’t realize two of his children were missing. Three of Atwood’s other children in the home were sleeping.

Police found little food in the house outside of a dried-out ham in the refrigerator and a package of hot dogs, according to the affidavit.

Most of the canned goods and cereal were covered with roaches, which also swarmed the kitchen.

Atwood said he planned to “get food tomorrow,” noting that it was “food stamp day,” according to the affidavit.

Atwood also said he had no running water inside the home but pointed officers toward two jugs of water he had access to.

The two children found in the street were taken to Ozarks Community Hospital to be treated for malnourishment.

A doctor at the hospital said one child appeared to be suffering from burns. Atwood said the burn was actually a rash he had been treating.

Police reported their case to the Department of Human Services (DHS), noting that one of Atwood’s children had a hand-shaped bruise on his face, according to the affidavit.

An update on the children's conditions wasn't immediately available.