WEST FORK, Ark. (KFSM) — A popular HBO television series has people in the area excited to see their towns represented on the small screen, but one town might h... 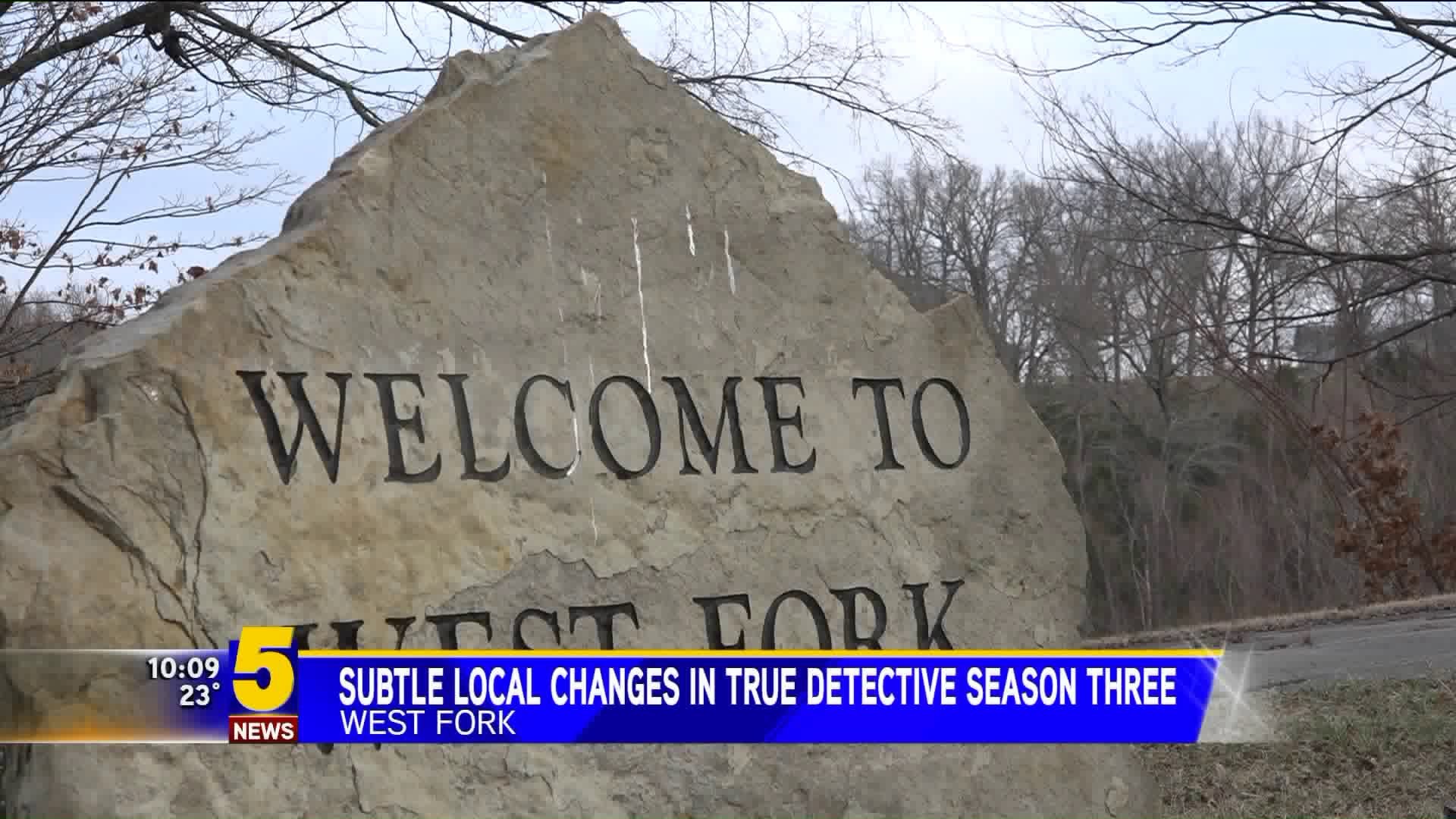 WEST FORK, Ark. (KFSM) — A popular HBO television series has people in the area excited to see their towns represented on the small screen, but one town might have been disappointed after the first episode aired.

The main town of focus this season for True Detective is a town called West Finger and many believe the made-up town is actually West Fork.

Steve Clark, Fayetteville Chamber of Commerce President, said to Northwest Arkansas natives the town name in the show caused a bit of confusion.

"For us, it seems a little off because we know that’s not the name of the town we’re looking at where we’ve all walked the streets and know… to the world West Finger is just what the town has always been named because people don’t know anything about the town of West Fork," Clark said.

The Sugar Shack owner Brandon Spurlock said no one in West Fork was too disappointed.

"Oh I don't think anybody has any hard feelings," Spurlock said. "Yeah, it's just been a good joke to at least get everybody around town talking about something. So it's been fun."

A joke is exactly what Spurlock said the name has been.

"Just another beautiful night in this town we call home. Open till 7. #WestForkLove #Home #WhatsAWestFinger"

During the filming of the show over 500 jobs were created and it generated over $38 million dollars in expenditures.

Clark said the show will just continue to put the area on the map.

"It's like dropping a pebble into a lake and it just keeps rippling out.. just ripple ripple," Clark said. "That's what this does. True Detective that story will be seen by literally millions and millions of people."

Spurlock said even though the show caused some laughs in the West Fork community everyone is thankful for the economic benefits it brought.