Springdale Student Helps Get Rx Drug Box At His School 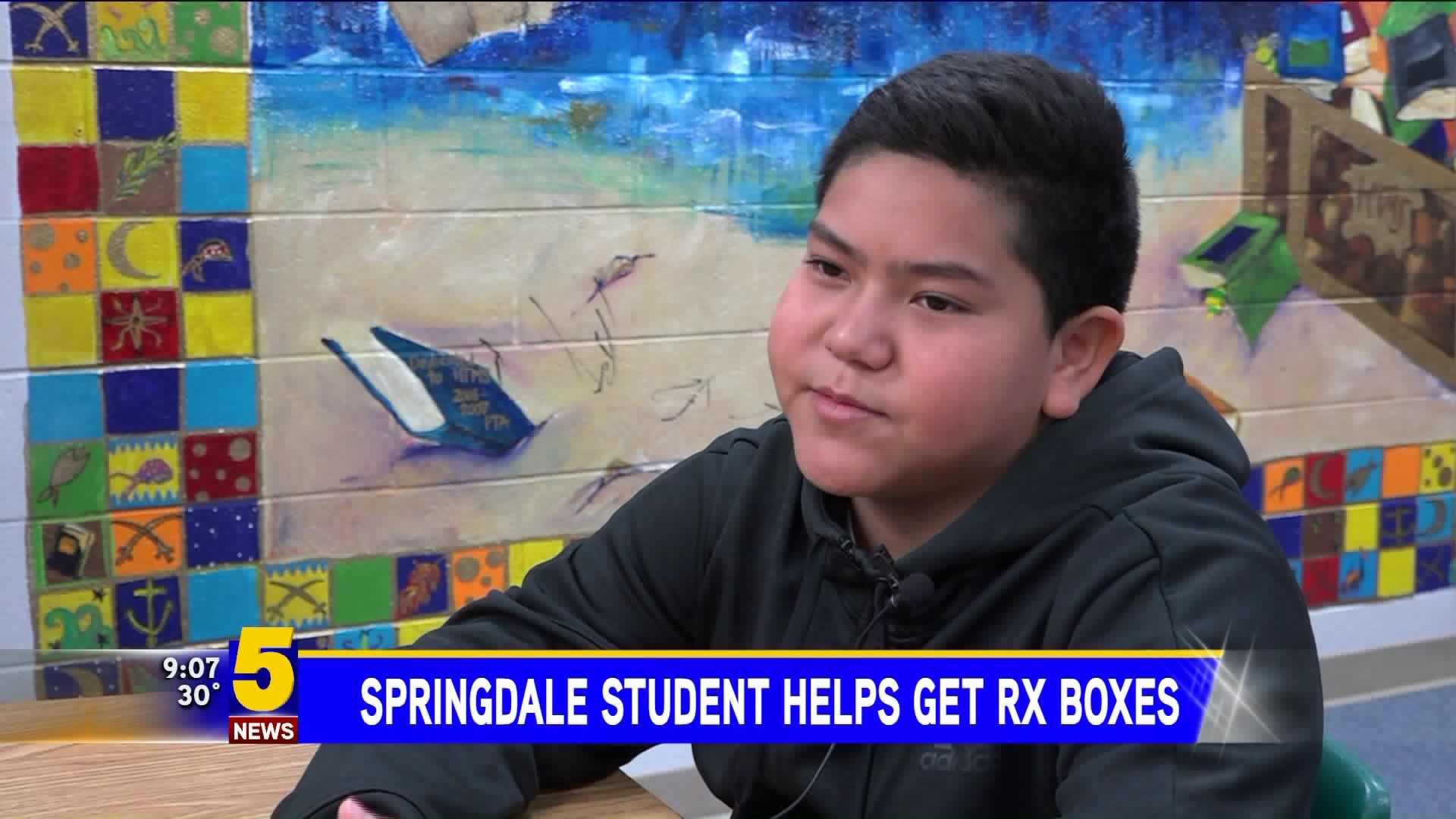 CAVE SPRINGS (KFSM) -- A project done by a Springdale Middle School student helped get two Northwest Arkansas police stations drug drop off boxes that one department said is more than just a box.

Kevin Rivas, a sixth grader at Helen Tyson Middle School, said earlier this school year the Tobacco Drug Free Coalition came to his school and that he was drawn to what they do.

This curiosity eventually led him to a school project where he used a GIS mapping system to locate all of the boxes in the area.

Through this, he was able to determine which areas needed them the most.

Sergeant Byron Johncox with the Cave Springs Police Department said they would get two to three phone calls a week from people in the community trying to find a place to dispose of their expired medications.

Usually, he would have to send them to the Benton County Sheriff's Office but now people in Cave Springs have access to a box right in town.

Johncox said he looked into one of these boxes two years ago but they department did not have enough money to get one.

He was surprised to hear what Rivas had done and that he was one of the driving forces behind them getting one donated to them.

When Johncox met Rivas, he said he just had one thought.

“This young man is going to do great things in his life," Johncox said. "You know, he’s in middle school and he is already getting involved with his community in ways that … what middle school student thinks about their community like this? I didn’t.”

Johncox calls this box a huge asset for Cave Springs.

But, to him it's more than just a box, it's a service they can provide to their community.

“You know it’s important that we have these resources to give back to our community because that fosters trust in the police department," Johncox said.

That trust he said leads to few crime and leads to solving more crime.

Rivas said it was really awesome to see all his hard work culminate in helping two communities.

His teacher, Brittany Berry said she was recently contacted by other regional coalitions to have Rivas' maps to help other communities.