Student & Referee Hospitalized After Light Pole Falls On Them

CLARKSVILLE (KFSM) — Police and EMS were called to a soccer game Saturday afternoon (March 9) after a light pole fell on a player and referee. Witnesses say the... 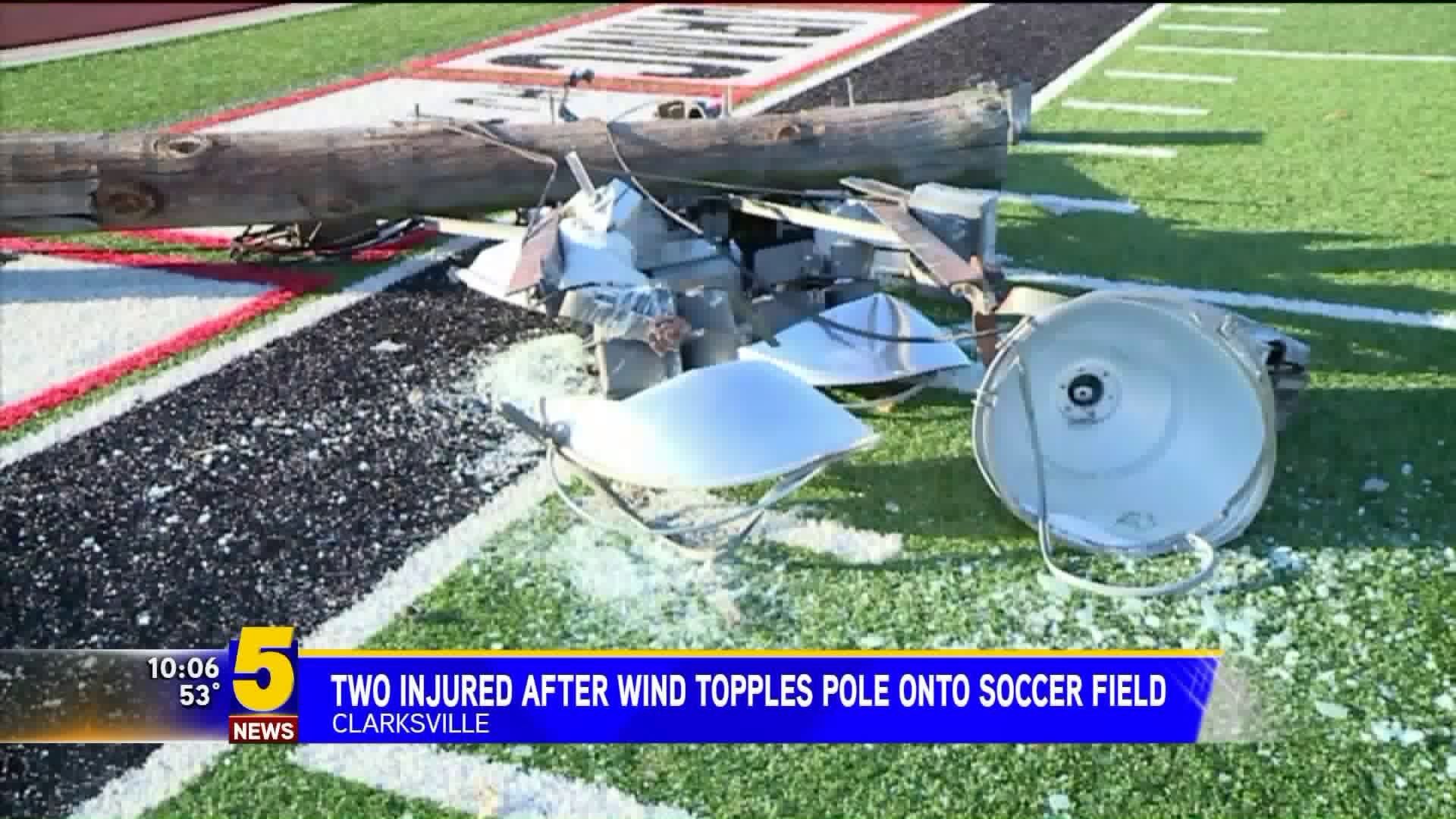 CLARKSVILLE (KFSM) — Police and EMS were called to a soccer game Saturday afternoon (March 9) after a light pole fell on a player and referee.

Witnesses say they saw the pole fall and a referee and a student taken away in an ambulance.

Danielle Meyer said that as soon as she arrived at the game, she knew something had happened.

"I mean as soon as we stepped out of the truck, there was a big ol' explosion and I thought maybe a tent had blown over," Meyer said.

Strong winds caused the pole to topple onto the field while players took part in a soccer jamboree game, according to Clarksville Superintendent David Hopkins.

"It seemed like it was forty or fifty miles per hour... I mean, even the goal posts where they play football were swaying back and forth," Meyer said.

Several school districts were at the event.

According to Hopkins, at the time of the incident Mena and Dardenelle students were playing on the field. Hopkins said a Mena High School student was taken in an ambulance, along with a referee.

According to Michael Banning, the Clarksville Activity Director, the referee sustained a broken leg with a fractured tibia and fibula. The Mena student has superficial wounds to their head and legs.

The field will be locked until it can be evaluated.

Student & Referee Hospitalized After Light Pole Falls On Them