WALDRON, Ark. (KFSM) — Wednesday (Feb. 6) night’s storm caused quite a few downed trees and even some power outages in counties like LeFlore, Sequoyah and... 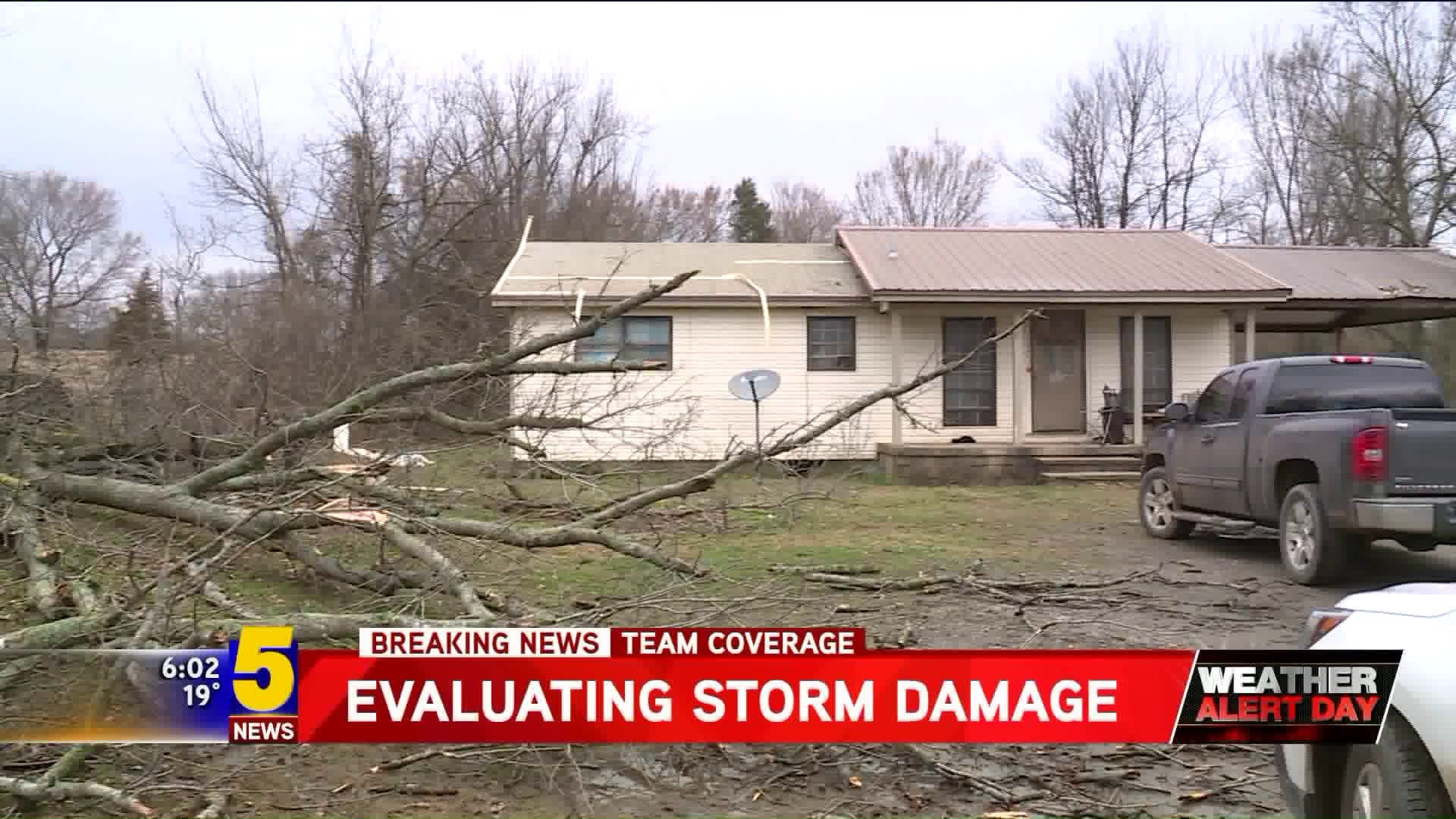 WALDRON, Ark. (KFSM) — Wednesday (Feb. 6) night's storm caused quite a few downed trees and even some power outages in counties like LeFlore, Sequoyah and Scott.

Although her home is still standing, Shawna Shores says it's been condemned. The back of the house is bulging out and pieces of her roof and her kid's trampoline are all over the yard.

"They were laying on the couch the couch moved...they come to the bedroom and told me a tornado hit and I come outside and what do you see..a disaster," said Shores.

It wasn't a tornado, but some strong winds rolled through Waldron lat night (Fe. 6).

Shores says the storms that rolled through shifted her house off of its foundation and pieces of it are laying out in her yard.

A rather large tree in her yard smashed to the ground, missing her kid's bedrooms by just a few feet. There is tin from her roof up in the trees and her children's trampoline is also destroyed and up in a tree.

The Scott County Judge says the storm caused damage and around 60 people were without power. It was mostly downed trees or barns in a mile and a half radius of Waldron.

Many residents and some road crews spent today (Feb. 7) cleaning up, but Shores says her house was the only one damaged.

Shores said she had to create a GoFundMe campaign for her family since the Red Cross said they won't be able to help her with immediate needs due to nothing inside of the home being destroyed.