JOHNSON COUNTY (KFSM)–The area was hit hard in the wake of the storms overnight. On Wednesday (March 1), residents and power companies in Johnson County w... 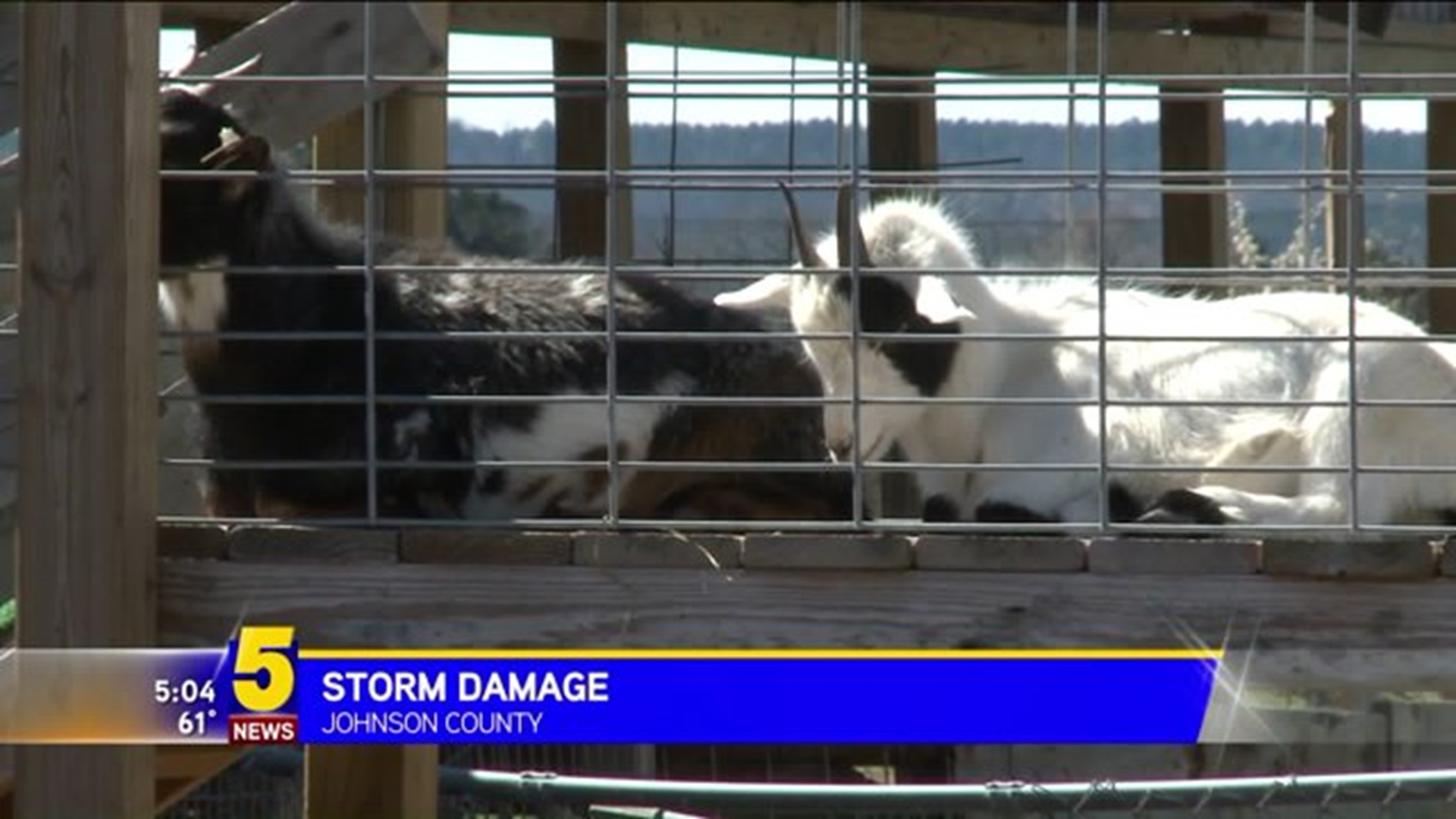 JOHNSON COUNTY (KFSM)--The area was hit hard in the wake of the storms overnight. On Wednesday (March 1), residents and power companies in Johnson County worked hard to repair some of the storm damage.

Larry Bacchus, co-owner of Bacchus Family Adventure Farm in the heart of Hagerville said the wallaby and it's baby got out in the middle of the night, unfortunately they didn't survive.

"We did lose the one animal, the wallaby and baby, but everything else is in good shape," Bacchus said. "We got some damage that's gonna have to be repaired but nothing that we can't live through."

The farm has shingles and debris everywhere. The Bacchus' home has a few broken windows and a roof blew off one of their barns. Bacchus teaches agriculture at Lamar High School. His students were excused from school Wednesday to help clean-up.

"They volunteered to come out and help and they're a good group of kids," he said. "We do things all the time together on community projects and so forth."

"It was over within a few seconds," he said.

Despite all the damage, Bacchus said the family parties scheduled there for the weekend will go on as scheduled.

People on the northern edge of Hagerville also got hit. John D. Hull has at least two uprooted trees and debris scattered across his property.

"I think it was a tornado," Hull said. "Everything's twisted instead of pulled off."

Meanwhile electric crews worked through the afternoon restoring power. Highway 21 in Ludwig had a downed power line that affected several residents. Mike Cox lives about two miles away. Although he didn't have any damage at his home, he brought workers there a warm BBQ lunch.

According to the Arkansas Valley Electric website, restoration efforts will continue through the night until all power is restored.