Staying Safe On The Roads During Bikes, Blues & BBQ

FAYETTEVILLE, Ark. (KFSM) — Drivers should be extra vigilant this weekend as hundreds of motorcycles will be on the road in Northwest Arkansas during Bikes, Blu... 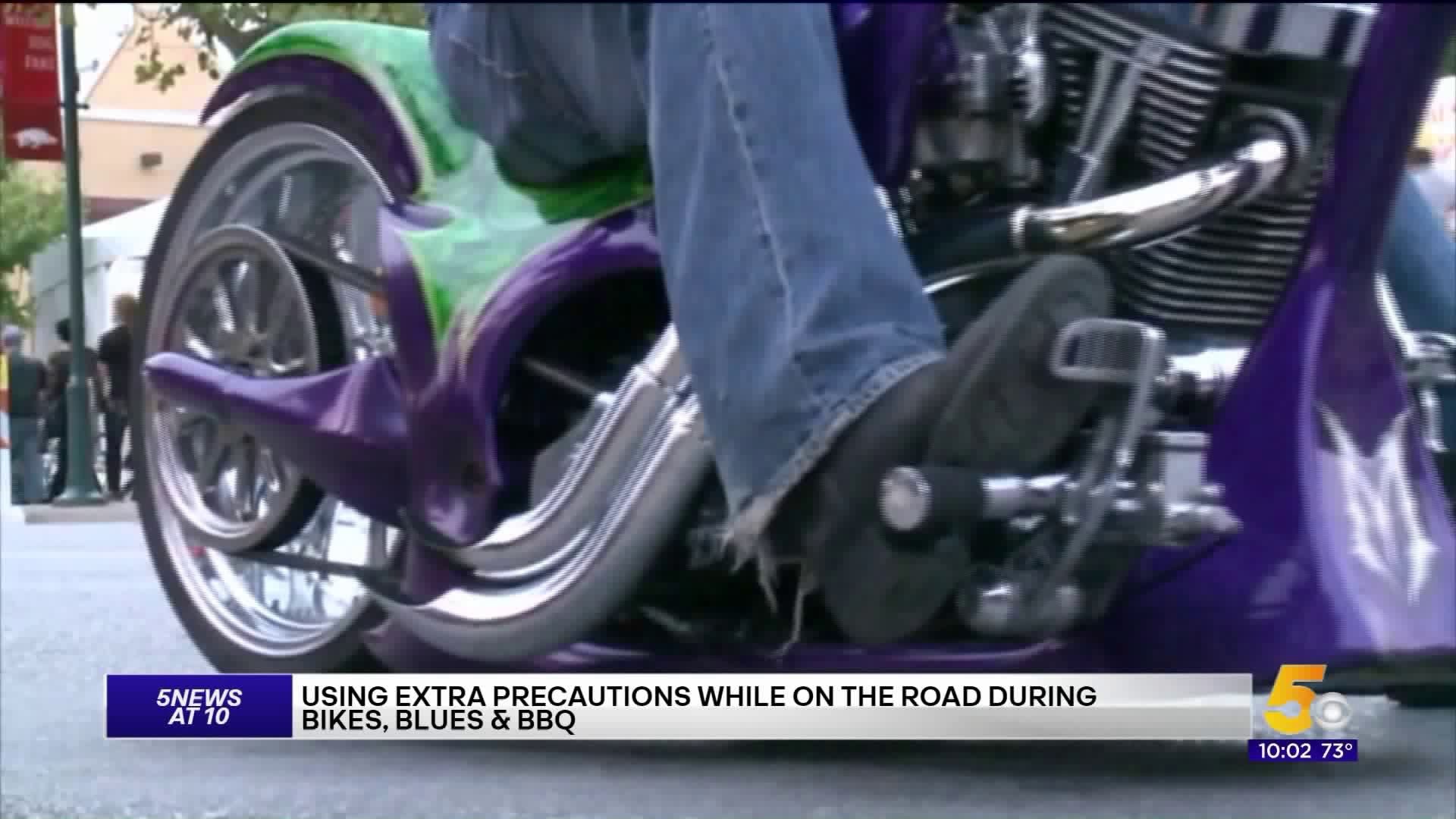 FAYETTEVILLE, Ark. (KFSM) — Drivers should be extra vigilant this weekend as hundreds of motorcycles will be on the road in Northwest Arkansas during Bikes, Blues & BBQ.

It can be stressful navigating through Fayetteville with so many motorcycles in town.

"There’s hundreds of bikes on our roadways and those bikes can sometimes be hard to see. Sometimes they come out of nowhere. Some of them are driving faster and they come out of your blind spot real fast," said Sgt. Anthony Murphy with the Fayetteville Police Department. "So I would just say that people need to be super vigilant when they’re out there on the roads, especially this time of year and we have all the bikes out on the roads."

Police are also warning drivers to adjust their eyes to the night before they get behind the wheel.

"Give yourself a couple minutes to get your night vision, it should be a lot easier navigating these roadways," Murphy said.

Some residents say drivers need to be extra attentive for the motorcyclist's sake.

"Need to watch more for the bikers because they can’t stop like you can and you need to watch for him so you don’t run over them," said Fayetteville resident Louis Manees.

They say to make sure to check your mirrors as well as your blind spots.

"They're really in such an abundance right now, if you hit them then... come on," Taylor said.

Fayetteville police also want to warn drivers about wet roads following rain. They say some roadways in Northwest Arkansas can be very slick and that drivers and motorcyclists need to use caution if there’s a shower.