FAYETTEVILLE (KFSM) — The race for Arkansas State Senate District 4 was left off ballots for some early voters in Fayetteville, the Washington County Elec... 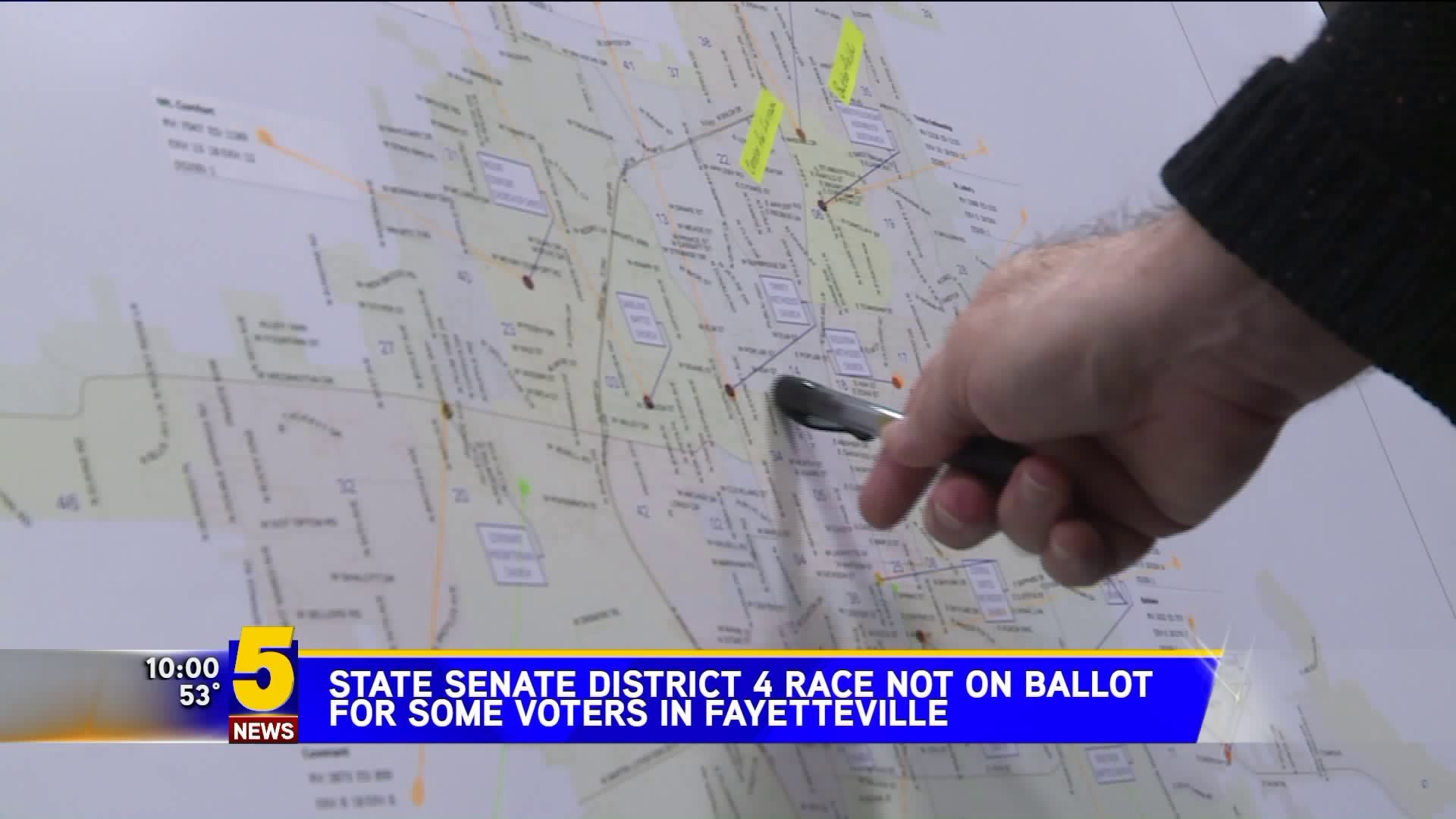 The problem comes from an error made after redistricting in 2011, Price said, and that the ballot issue should be fixed by Friday.

54 early votes have been cast in Precinct 34 for election day on November 6, Price told 5NEWS.

Greg Leding and Dawn Clemence made headlines following a confrontation following a debate at the University of Arkansas on Tuesday, October 23, 2018.

Greg Leding sent 5NEWS the following statement about the race being left off the ballot in Precinct 34:

"I’m disappointed that the Senate District 4 race was left off the ballot for the voters of Precinct 34 in the heart of Fayetteville—and that the issue has been in place since the district was last redrawn in 2011. I appreciate the Washington County Election Commission’s quick response and quick fix, and I hope that those who’ve already voted are allowed the chance to vote in this race.”

Price says the 54 in Precinct who already voted will be receiving a letter.

Dawn Clemence tells voters its essential to get out there, ''make sure you get out there because you want your vote to count that`s the most important in this race.''

A list of those 54 early voters have been given to both Clemence and Leding so, they can contact those voters.

Jennifer Price says it's crucial for voters who receive a District 4 ballot in the mail to take it straight to the city clerks office until November 6th. Price advises not to take it to a voting booth.