State Representative On California Gun Ruling: Arkansans Have Nothing To Worry About

FAYETTEVILLE (KFSM) — Federal judges in California ruled gun owners in the Golden State do not have a constitutional right to conceal carry their firearm.... 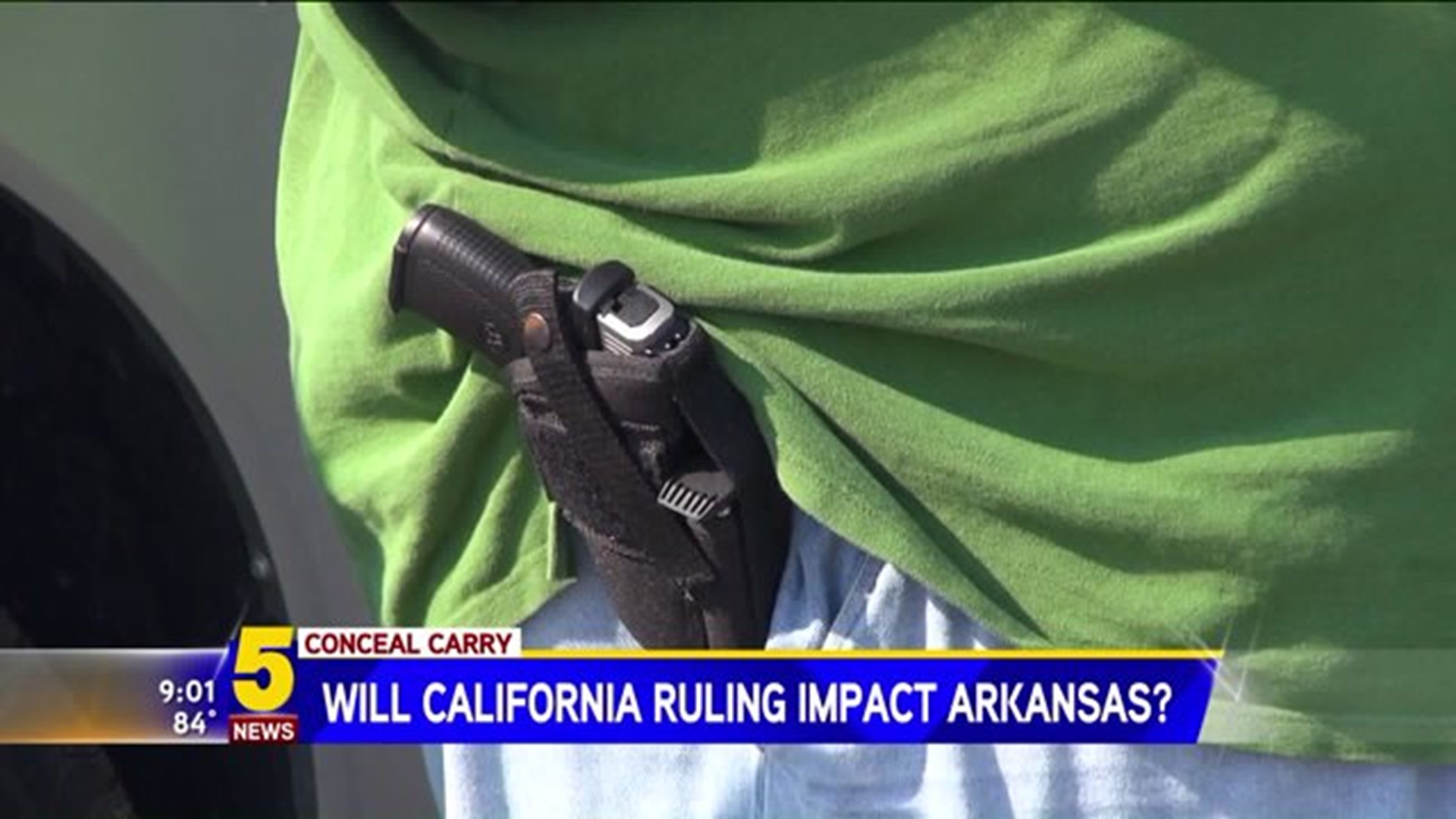 FAYETTEVILLE (KFSM) -- Federal judges in California ruled gun owners in the Golden State do not have a constitutional right to conceal carry their firearm. In a 7-4 ruling, the court said concealed carry licenses should be given to celebrities, or others who would warrant excessive protection.

The ruling caused many to wonder if the rights of gun owners in Arkansas would be impacted in the future.

“We don’t have anything to worry about with our concealed carry laws in Arkansas,” said Charlie Collins, state representative from Fayetteville.

Collins said Thursday’s federal ruling in California should not carry any weight in the future here in the Natural State.

“I think what this does is really highlight the difference between what people in California feel about gun owner rights, and how we think about them here in Arkansas,” Collins said.

“To me, that is subjective. To me, that takes the second amendment, which was designed for all law abiding citizens, and makes it applicable to just the special few. I do not believe in that approach, and I am glad Arkansan’s don’t either,” Collins said.

Collins designed a bill which could give all college campus staff members in Arkansas the right to conceal carry at work. Currently the law gives college campuses the choice to allow concealed carrying. However, Collins hopes to create a new law which would put the choice in the staff member’s hands.

Collins believed current laws help filter the individuals looking to conceal carry, to a level he is comfortable with.

The ruling in California only impacts those in the state. Collins said the Arkansas Supreme Court would have to make a ruling of their own in order to directly impact the laws in the state.