FORT SMITH, Ark. (KFSM) — The Arkansas Department of Health is issuing a warning for people who use e-cigarettes about the risk of a potential lung illness. Mor... 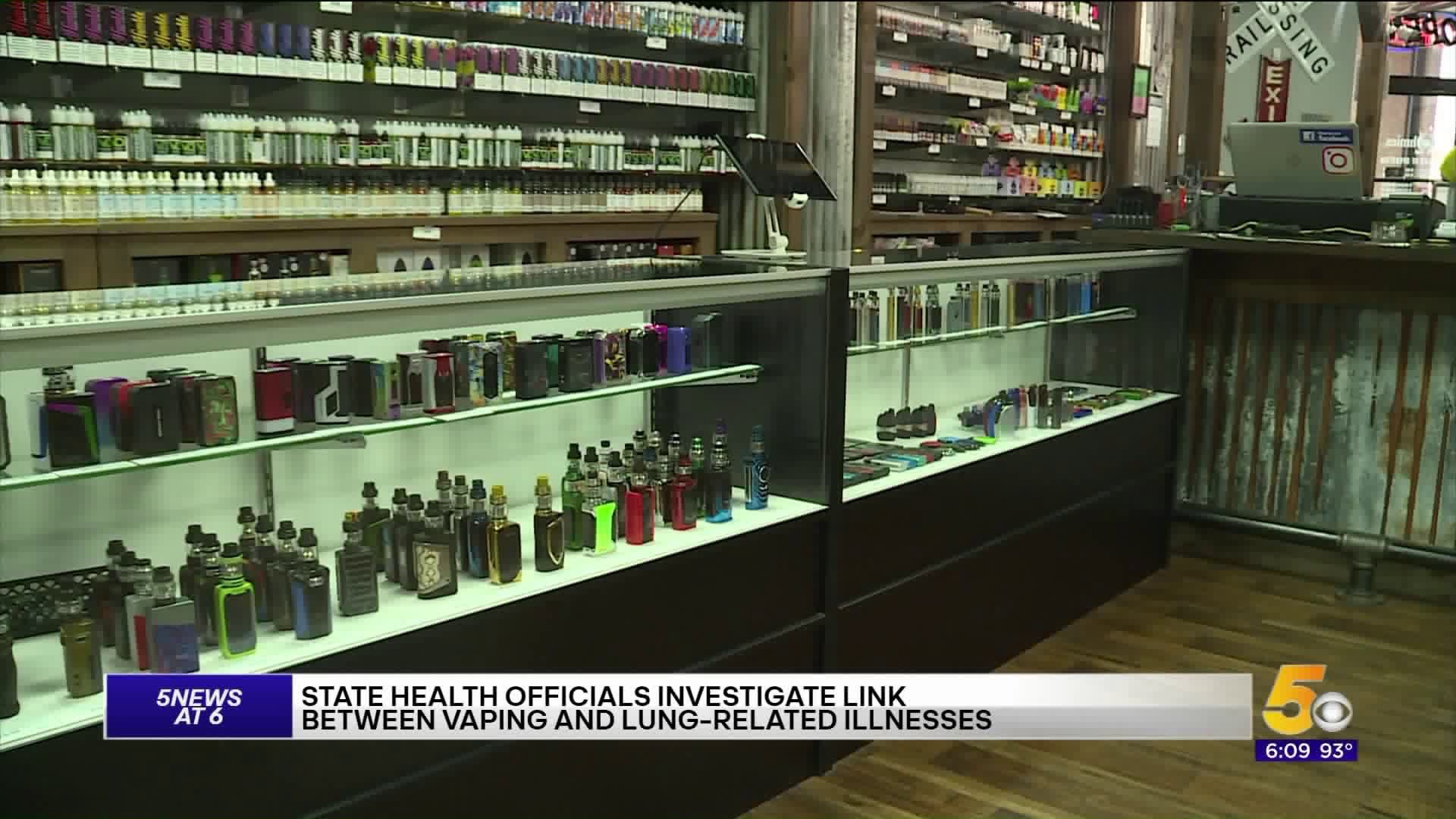 More than 200 cases of a lung illness and one death linked to vaping have been reported across the country, including four in Arkansas.

In the last decade, vaping and the culture surrounding it have grown.

Rosendo Perez, an employee at Vape and Glass Emporium in Forth Smith, says unlike smoking, he’s never had any health issues related to vaping.

“They do both contain nicotine, yes, but this is a harm reduction product. It’s not 100 percent safe, that being said, it’s a much safer healthier alternative to smoking," Perez said.

Doctors disagree, they say some vaping cartridges can contain the same amount of nicotine as a pack of cigarettes.

"It’s essentially replacing a bad habit with another bad habit. I would not recommend it," Baptist Health Pulmonologist, Adebayo Fasanya, M.D. said.

Symptoms of this lung illness include shortness of breath, chest pain, coughing and fatigue.

Of the confirmed cases, all patients had vaped in the weeks leading up to their hospital stay.

“If you have a history of lung disease you are especially predisposed to having a reaction to vaping liquid," Fasanya said. "In general, anything that’s not supposed to go into your lungs should not go into your lungs."

Vape specialists say do some research before vaping. They claim products sold in stores are safe and not the problem, but other products sold on the black market can be dangerous.

“I fully believe that it’s most likely linked to CBD and synthetic products," Perez said. "Cartridges pre-filled or like disposable pens. It’s not at all involving the standard e-liquid practices."

Doctors say because vaping is still relatively new.  The long term effects are still being researched and it may be years before we know the more.

According to the ADH, it cannot release the location of those four cases reported here in the Natural State because of privacy concerns.

A spokesperson did confirm that they were all adults.

Click here for more information on the risks of vaping.