Arkansas law enforcement may now test a person’s saliva to determine if they are under the influence of alcohol or drugs. 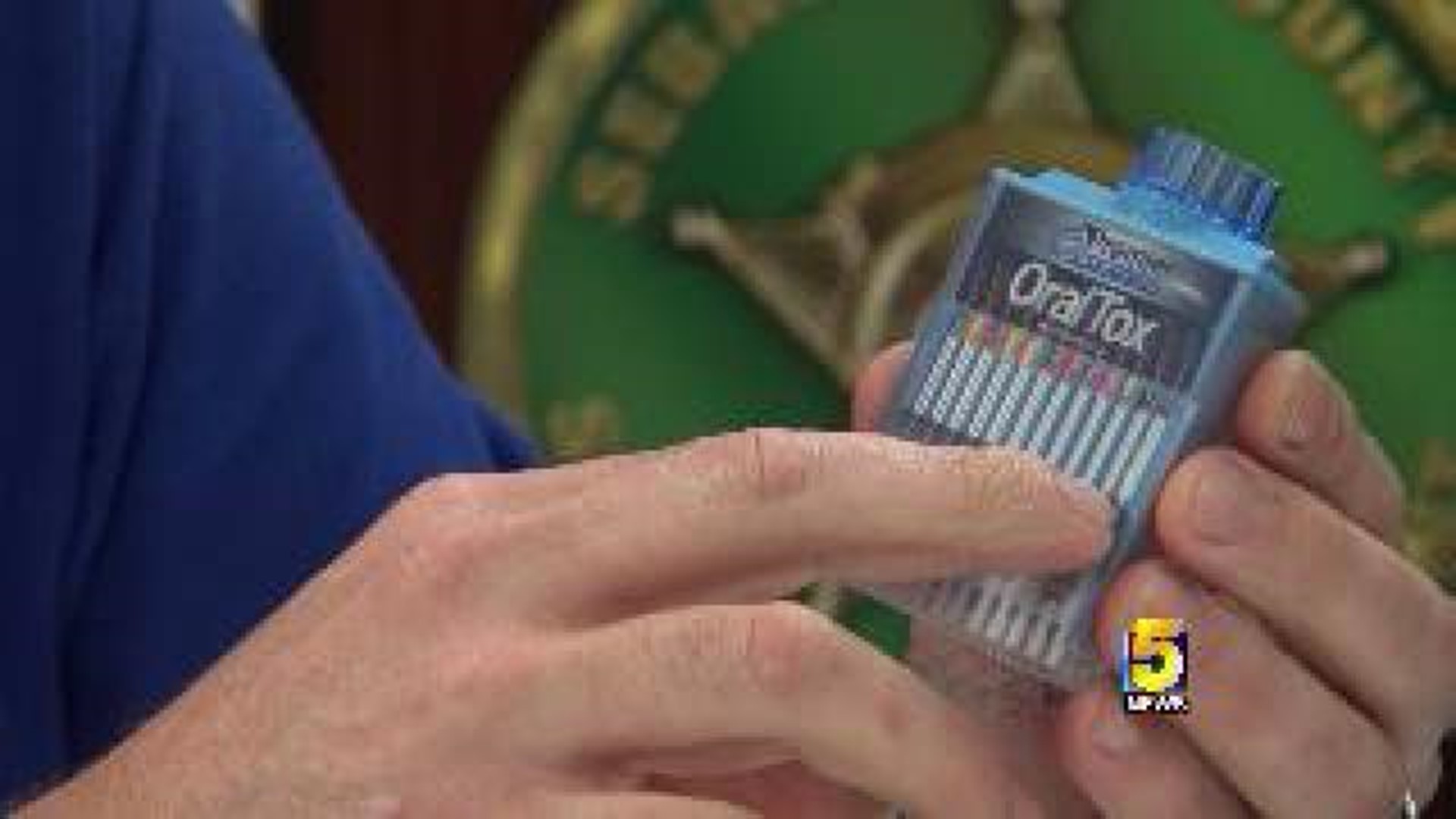 Arkansas law enforcement may now test a person's saliva to determine if they are under the influence of alcohol or drugs. The law was passed in March and went into effect July 17.

Lieutenant Allan Marx with the Sebastian County Sheriff's Department was a driving force behind the changing law. He said before the Arkansas DWI law changed, officers could test a person's blood, urine and breath.

Marx said while working a case last year, he learned about saliva testing and recognized a need for it in Arkansas.

"If there's ever a new way, a new tool that we can use to help not only law enforcement but help the public and the safety of the people out there, it needs to be used," said Marx. "I believe this product is going to save lives."

Marx said a driver who fails a field sobriety test may be subjected to a saliva test. According to Marx, the test - which is 94-99% accurate - will detect intoxicants like alcohol, amphetamine, benzodiazepines, buprenorphine, cocaine, cotinine, EDDP, ketamine, marijuana, methadone, methamphetamine, opiates, oxycodone, phencyclidine and propoxyphene.

The results of the saliva tests are available within ten minutes and will determine whether an arrest should be made. A positive saliva test will serve as probable cause for an arrest, and blood or urine will be collected at the jail.

Due to the infancy of the new law, Marx said the admissibility of the tests have not yet been tried in court. However, he said the tests have been used for years in the hiring process.

"Obviously it's a brand new law, and that will come into effect," said Marx. "But there should not be any opposition whatsoever."

"We feel like it will help reduce the amount of drivers that are on the highway that are under the influence of alcohol and other controlled substances," said Wilburn.

The price for a single test starts at $11.95. Marx said law enforcement agencies may purchase the test kits with taxpayer money, funding from the Drug Task Force, money seized to fight the war on drugs or grants.

The sheriff's departments in both Sebastian and Scott counties will be putting the saliva test kits in patrol cards in the near future, according to Marx, and several other agencies are expected to follow.

Marx said he believes in the saliva test kits so much, he has become a distributor of the product. His website, gotchadwi.com, provides further details about the product and the history of the law change.

"I have basically spent my whole adult life fighting the war on drugs," said Marx who has been a deputy with the Sebastian County Sheriff's Department for 19 years and served as a task officer with the Drug Enforcement Administration for 10 years.