Stand With Our Students Rally: Hundreds March To State Capitol Fighting For Education

LITTLE ROCK, Ark. (KTHV) – Hundreds of educators, parents and teachers marched to the Arkansas State Capitol Saturday, Oct. 20, for the Stand with our Stu... 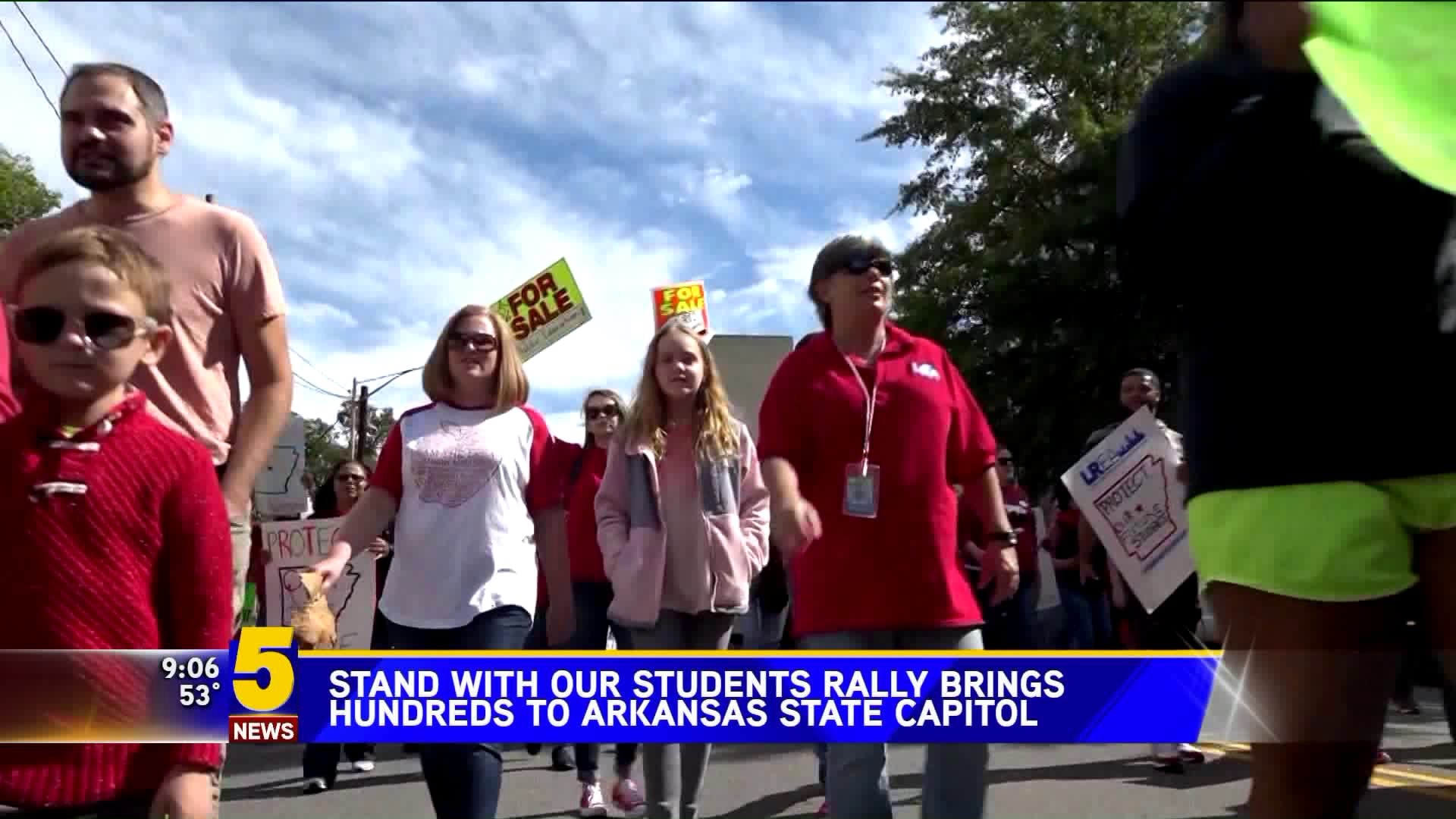 LITTLE ROCK, Ark. (KTHV) - Hundreds of educators, parents and teachers marched to the Arkansas State Capitol Saturday, Oct. 20, for the Stand with our Students Rally, hosted by the Arkansas Educators Association. Their message to voters and politicians is to make education a priority.

Many educators holding signs and expressing concern that their retirement could be in jeopardy.

“We must be clear. Hands off our retirement,” chanted Cathy Koehler, President of the Arkansas Education Association.

Governor Asa Hutchinson’s office in a statement Saturday morning ahead of the rally said,” Under the Governor’s plan to reorganize state government, the Arkansas Teacher Retirement System (ATRS) will remain a constitutionally separate and independent agency.

“I trust the Arkansas Teacher Retirement System board and support its independence and the long term health and viability of our teacher retirement system,” Governor Hutchinson said. “I value the teachers of our state and am committed to supporting a strong and stable retirement for them.”

“Our single, defining most important goal must be that in 10 years, Arkansas is the best state in the United State to be a public school teacher,” said Henderson.

“That is only for the districts that are at the minimum salary scale,” said Koehler.

Henderson, who worked for "Teach for America" before launching his campaign, proposes at 10 percent pay increase up front and raises of 3.6 percent over the next nine years.