Only On 5: Pit Bull Stabbed While Out For A Walk In Rogers

ROGERS (KFSM) — An outraged pit bull owner is looking for answers after she claims someone stabbed her dog while out for a walk in a Rogers neighborhood o... 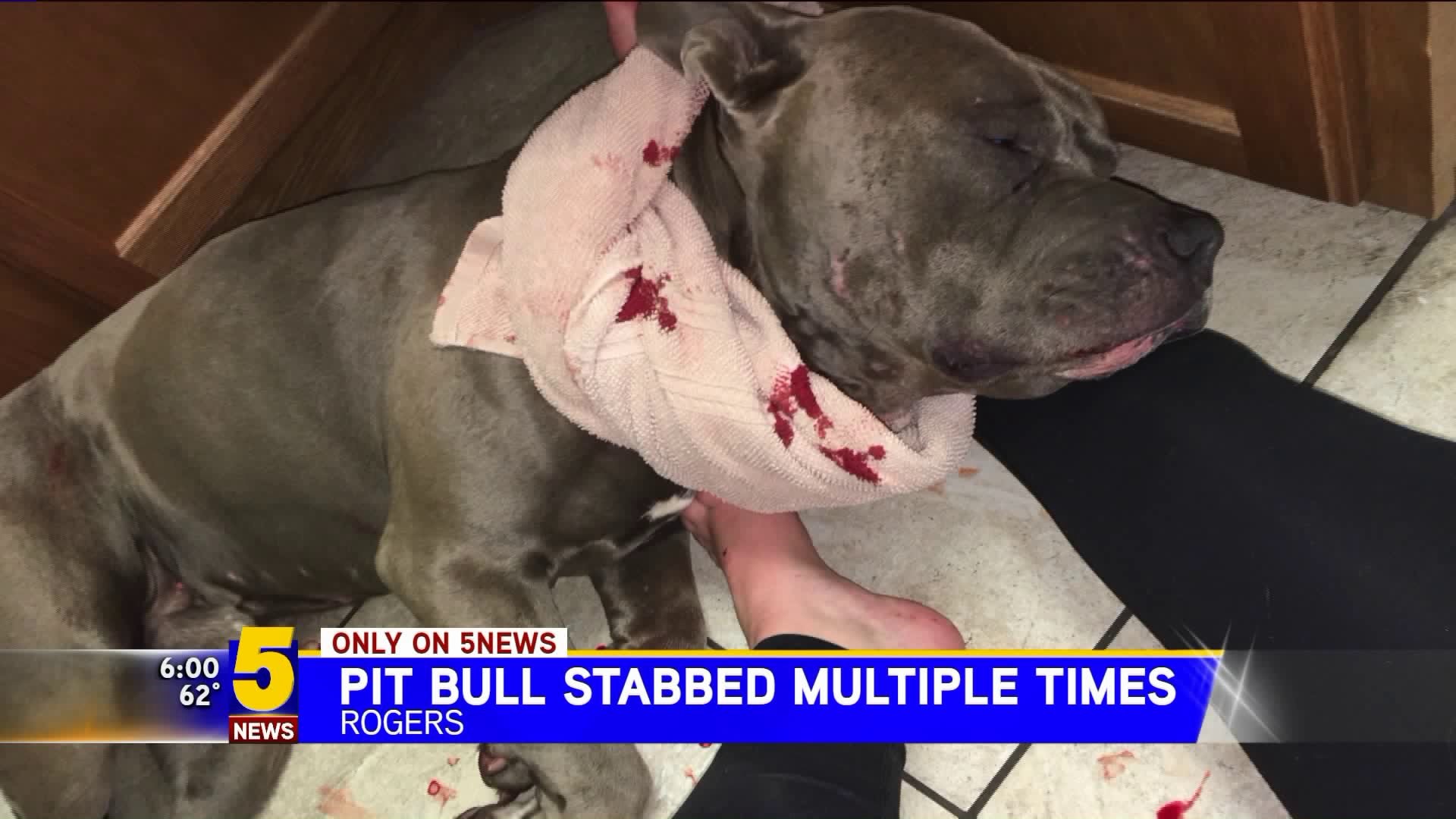 ROGERS (KFSM) -- An outraged pit bull owner is looking for answers after she claims someone stabbed her dog while out for a walk in a Rogers neighborhood on Wednesday (Oct. 17).

According to the pit bull owner, Bethany Greenlee, her cousins had her pet dog Rome out for a walk. They passed by a man and his pet chihuahua when Rome went to sniff the other dog. Greenlee says the man whipped out a pocket knife and stabbed Rome once the chest and twice in the neck.

According to Greenlee, the three lacerations resulted in 13 staples down Rome's neck and chest with medical expenses over $900.

"They said that if it wouldn't of been for all the neck rolls that he had in his skin, he definitely would have not made it. They were pretty deep, they went through three or four towels around his neck to soak up the blood," Greenlee told 5NEWS.

Greenlee says Rome is a sweet old soul that has never hurt anyone, and that he did not deserve this.

"He's a pit bull so its shocking that my dog let you stab him three times, and he still didn't maul your face off. So it just shows that my dog is not aggressive."

Greenlee says she took Rome to get his staples out on Tuesday (Oct. 23), and is now good as new thanks to the excellent doctors at the Springdale Animal Emergency Clinic.

Greenlee said she plans to file a police report soon, but still has no idea who it was that stabbed Rome.