BENTONVILLE, Ark. (KFSM) — A Springdale woman was given five years probation and sentenced to house arrest for embezzling nearly $25,000 from a local cons... 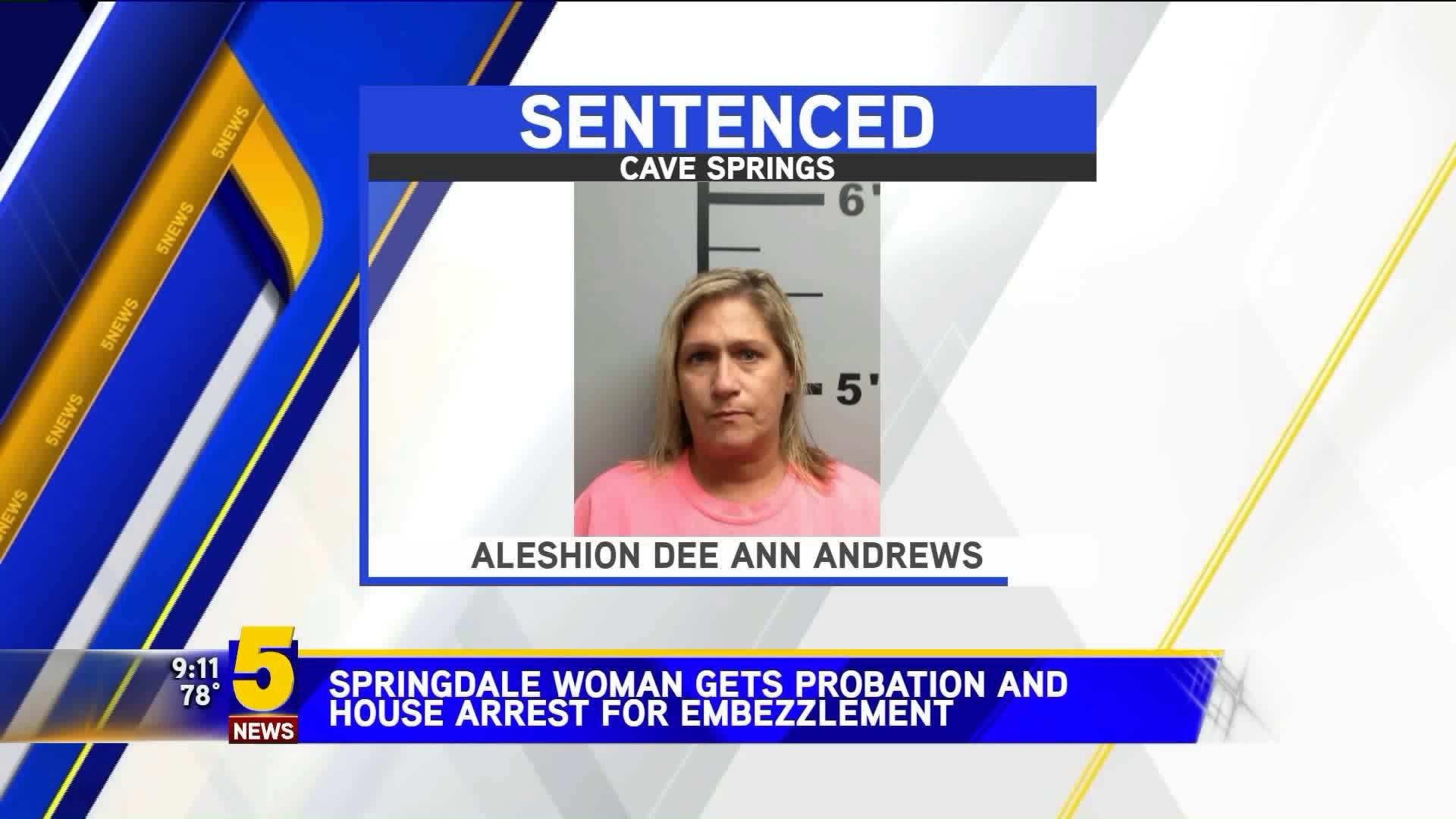 BENTONVILLE, Ark. (KFSM) -- A Springdale woman was given five years probation and sentenced to house arrest for embezzling nearly $25,000 from a local construction company.

Andrews must serve 45 days of house arrest. She's allowed to leave for urgent medical calls, probation appointments and weekly trips to church and the grocery store.

Andrews repaid the company and was also ordered to pay for the company's audit.

Andrews recorded the checks as being written to subcontractors but issued them to herself.

In some cases, the checks included “cleaning” or “bonus” on the memo lines, according to the affidavit.

Cave Springs police said all of the money was stolen from the company, and no subcontractors or third parties were affected.

Andrews entered her plea under Act 346, which allows non-violent, first-time offenders to have their record expunged if they complete their probation.