SPRINGDALE (KFSM) — Safety is a concern, but not a worry for Springdale Public School administrators following an incident at Little Rock’s War Memo... 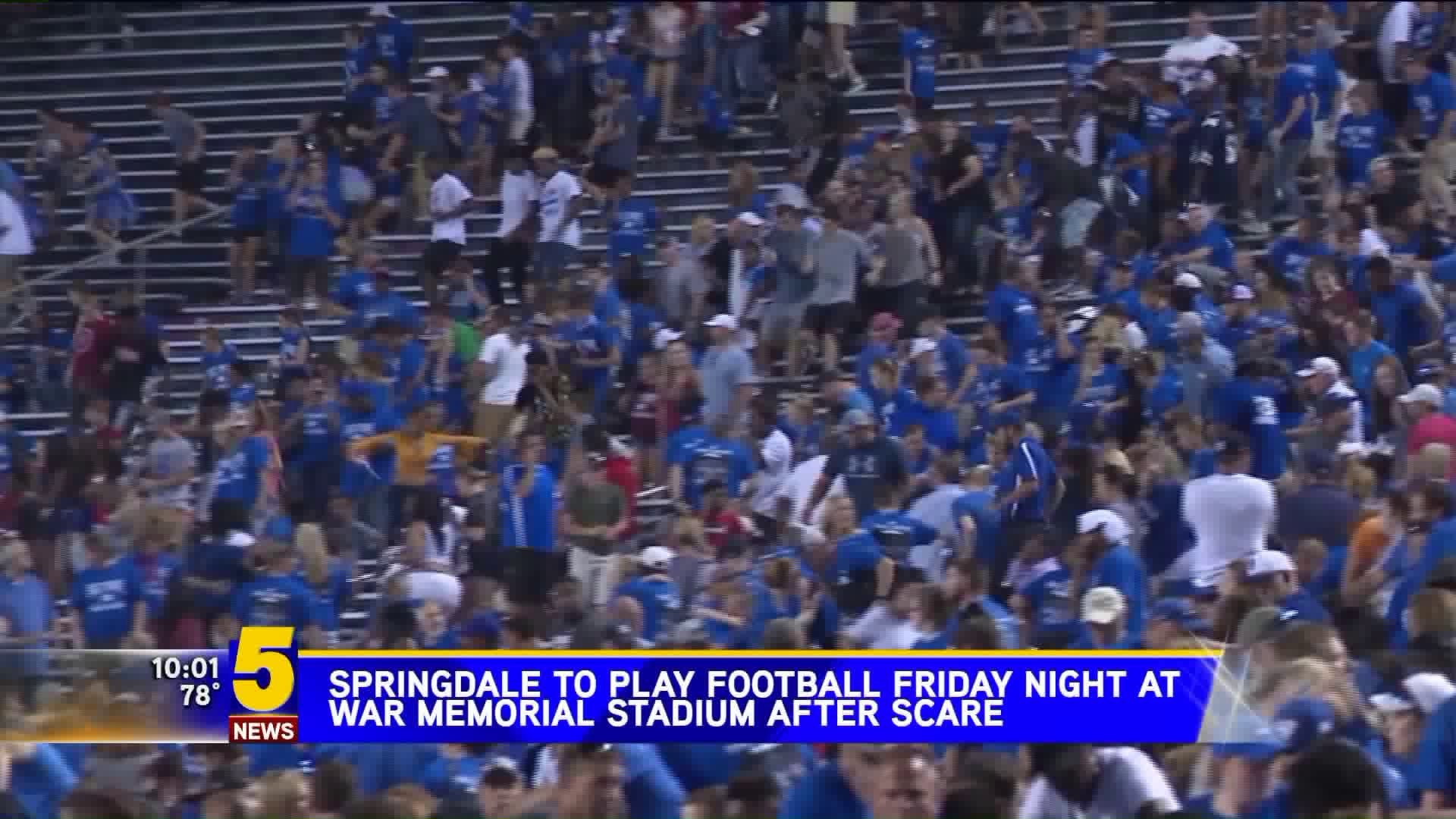 SPRINGDALE (KFSM) -- Safety is a concern, but not a worry for Springdale Public School administrators following an incident at Little Rock's War Memorial Stadium Saturday (Aug. 25).

Little Rock Police later said a fight involving a taser, not gunshots, are what prompted more than 38,000 fans watching the Salt Bowl match up to flee for the exits.

Following the chaos, the Arkansas Department of Parks and Tourism, which manages the stadium announced new enhanced security measures for future athletic events that take place within the stadium. They include implementing a clear bag policy, using a security wand on all visitors and banning loitering within the concourse of the stadium.

Rick Schaeffer, the spokesman for Springdale Public Schools, said administrators have been assured that security will be in place

"War Memorial Stadium officials called Wayne Stehlik, our athletic director to assure him that it was going to be a safe environment, that they were going to step up some things to make sure it was safe," Schaeffer said.

"You don't think of something like that happening at a high school football game, especially in Arkansas," said Vaughn, but he's not concerned after learning more about the incident. "At first, yeah, but after understanding what happened, none what so ever."

Zak Clark, head coach of the Springdale Bull Dogs, said he's on board with any steps to keep his players and fans safe but doesn't want the incident to take away from their game against the Parkview Patriots.

"I don't want a negative incident to overlook the millions of positive experiences and ball games that they've played down there at War Memorial," Clark said. "We're anticipating things being business as usual."