FAYETTEVILLE (KFSM) — A Springdale teen will be charged as an adult for allegedly striking two police officers with a stolen car in October. Jimta Luther, 15, w... 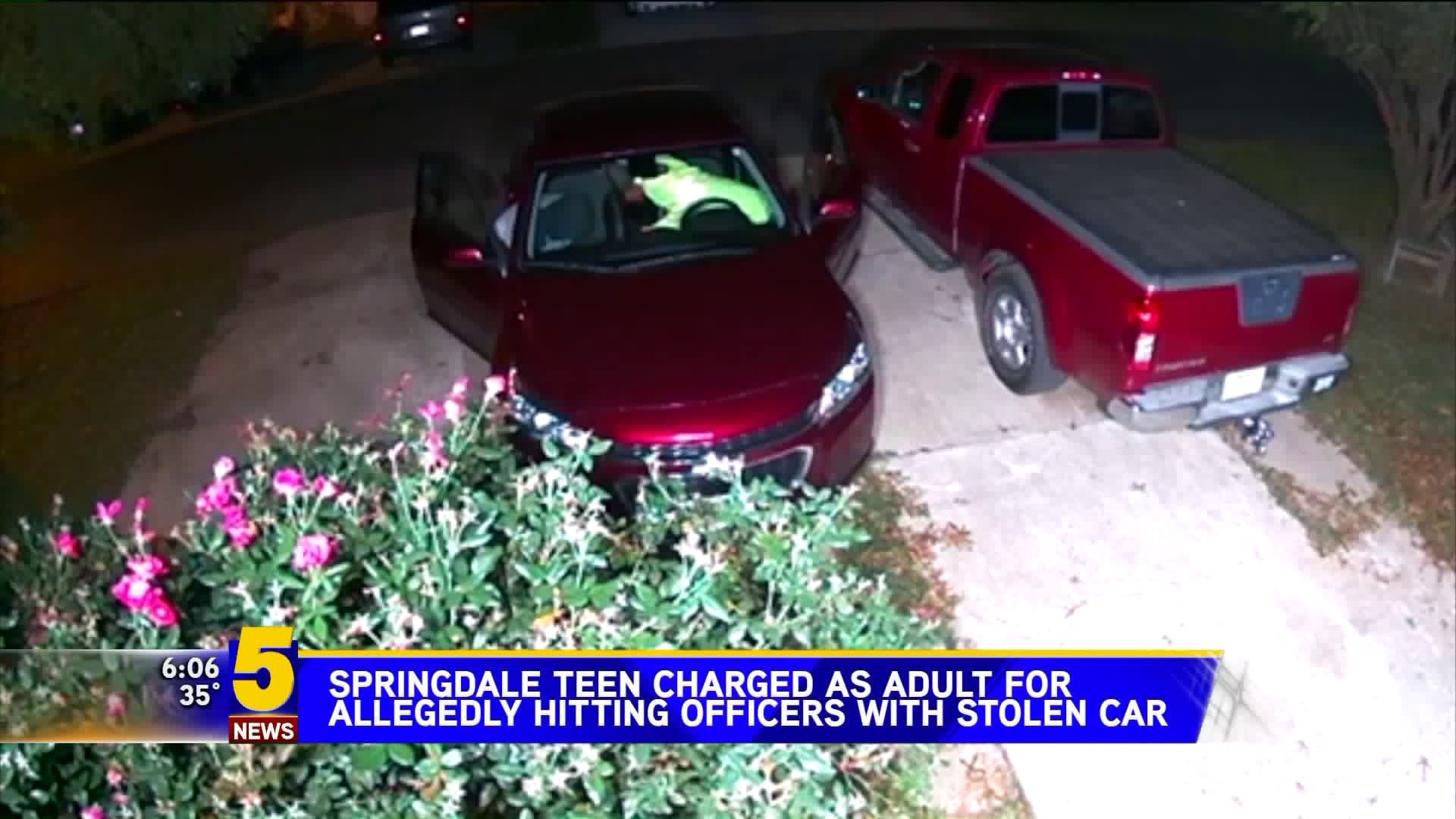 FAYETTEVILLE (KFSM) — A Springdale teen will be charged as an adult for allegedly striking two police officers with a stolen car in October.

Jimta Luther, 15, was arraigned last month in Washington County Circuit Court on felony charges of first-degree battery, leaving the scene of an injury accident, theft of a vehicle and fleeing.

Police were responding to Woodridge Drive around 3:20 a.m. after a homeowner reported suspicious people in the area.

Officers found four male teens inside the car and began to approach it.

Luther sped off, hitting Booth and throwing him onto the hood while striking Hoffman as she tried to help, according to Capt. Derek Hudson, spokesman for Springdale police.

Luther later collided head-on with the another vehicle. All of the teens ran off, but four were arrested after a search involving K9 units.

Hudson said the driver reached speeds between 50 and 60 mph with Booth on the hood of the car.

"This was serious. They could've been killed very easily," Hudson said.

Booth and Hoffman were taken to Northwest Medical Center in Springdale with severe, but non-life-threatening injuries, Hudson said. They were released the same day.

Two other teens in the car, one 15 and the other 17, were also arrested. The status of their cases wasn’t immediately available Tuesday (Dec. 4).

The lone adult passenger, Arommon Luther, 18, of Springdale, faces two counts of first-degree battery against a police officer and theft of property.