SPRINGDALE, Ark. (KFSM) — Arkhan Langinbelik, whose name is as short for Arkansas,  is a 7th grader who has made a life-changing accomplishment for his self, fa... 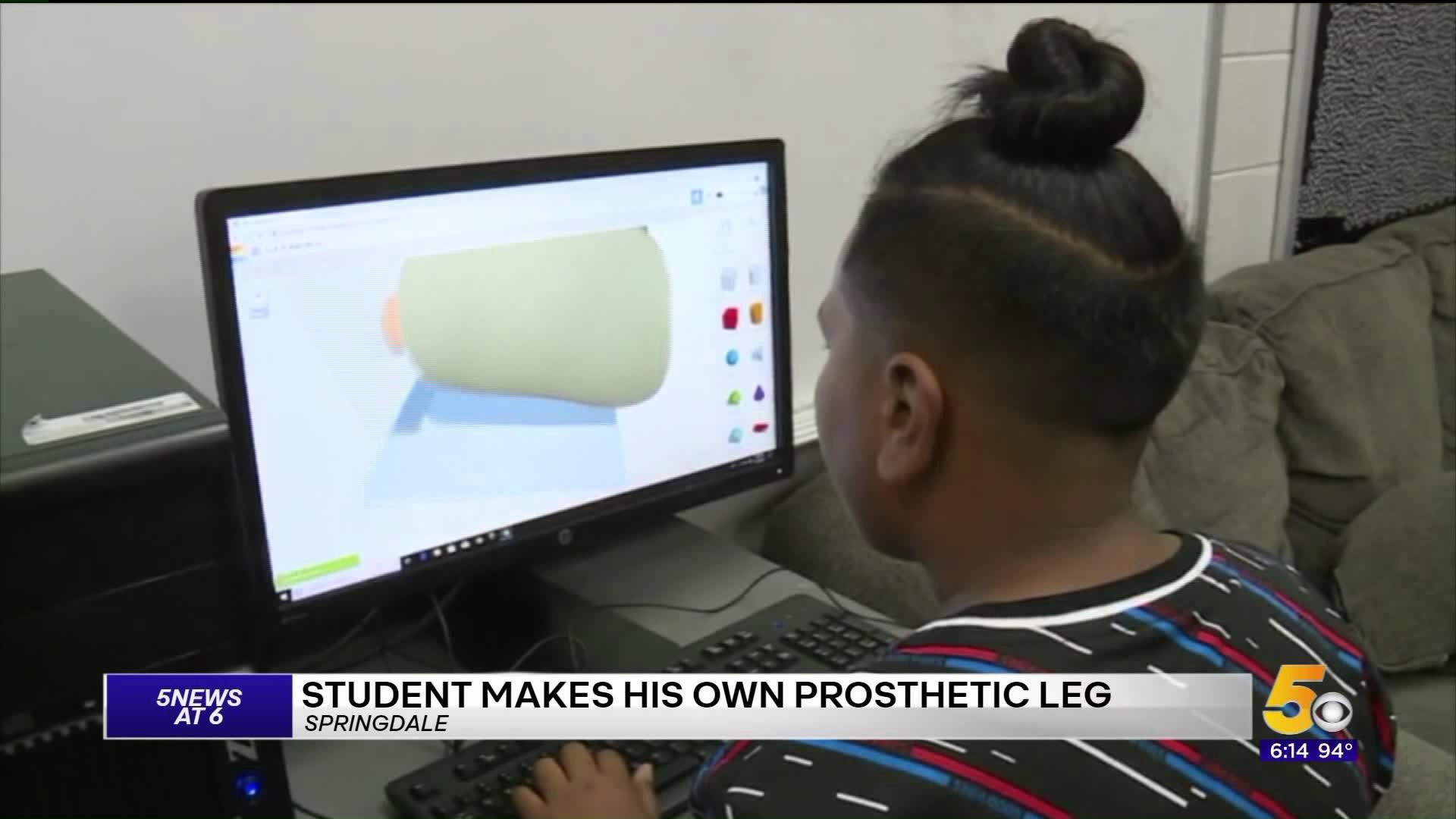 SPRINGDALE, Ark. (KFSM) — Arkhan Langinbelik, whose name is as short for Arkansas,  is a 7th grader who has made a life-changing accomplishment for his self, family and school. Arkhan goes to Sonora Middle School in Springdale.

Arkhan had his leg amputated when he was 6 months old and has always needed to use a prosthetic leg. "My parents had to keep paying for a new leg cause I kept growing," he says.

His EAST (Education Accelerated by Service and Technology) facilitators Josh Worthy and Derek Ratchford introduced him to 3D printing, unaware that this would be Arkhan's life-changing opportunity.

After a couple of months of this introduction, Arkhan got the idea to try to print a 3D leg for his self. This idea came out of his own necessity. Since his prosthetic leg was getting too small as he grew taller, he was only getting a new one every three years.

"When he first got to me, he had been working on this project for three years. He was in a place where he was kind of done with it, but he knew he needed it, and that's kind of where he was trying to balance the two," says Ratchford. "So that's just kind of pushed him to say I need this, I can do this myself, and he just kept going and kept fighting. He finally got one printed."

When sharing this accomplishment on social media, it reached the eyes of Kelly White, a mother of a prosthetic patient who referred them to 50 Legs. 50 Legs is a charity organization that provides quality prosthetics to those in need. They reached out to 50 Legs, filed an application for Arkhan, and he was accepted.

Arkhan and his parents, Leslie Sam Wheeler and Brandon Wheeler, flew out to Florida for his prosthetic leg. They got the chance to tour the location and see how prosthetics are made.

"The insurance that he is on doesn't even recognize prosthetics, so that falls back on us. And to find out that 50 Legs was funding this, was a lot of joy," says Brandon Wheeler.

Arkhan also got the opportunity to meet people with other prosthetics for the very first time. "I didn't really know anybody that had a prosthetic leg at all, it really made me feel better about myself," he says.

Ratchford says Arkhan came back a different person. "When we got him connected with Florida and 50 Legs, seeing him come back from that, he's a
different person. He really is. He is more outgoing, he is wanting to show off his leg, he's wanting to be proud of what he's accomplished and where he's been."

Arkhan says 3D printing changed his life because before he did not know what it was, and now he is constantly thinking of new ideas and new designs.

Springdale Public Schools are every proud of Arkhan and say Arkhan proves that access to high-quality education can lead to life-changing opportunities.