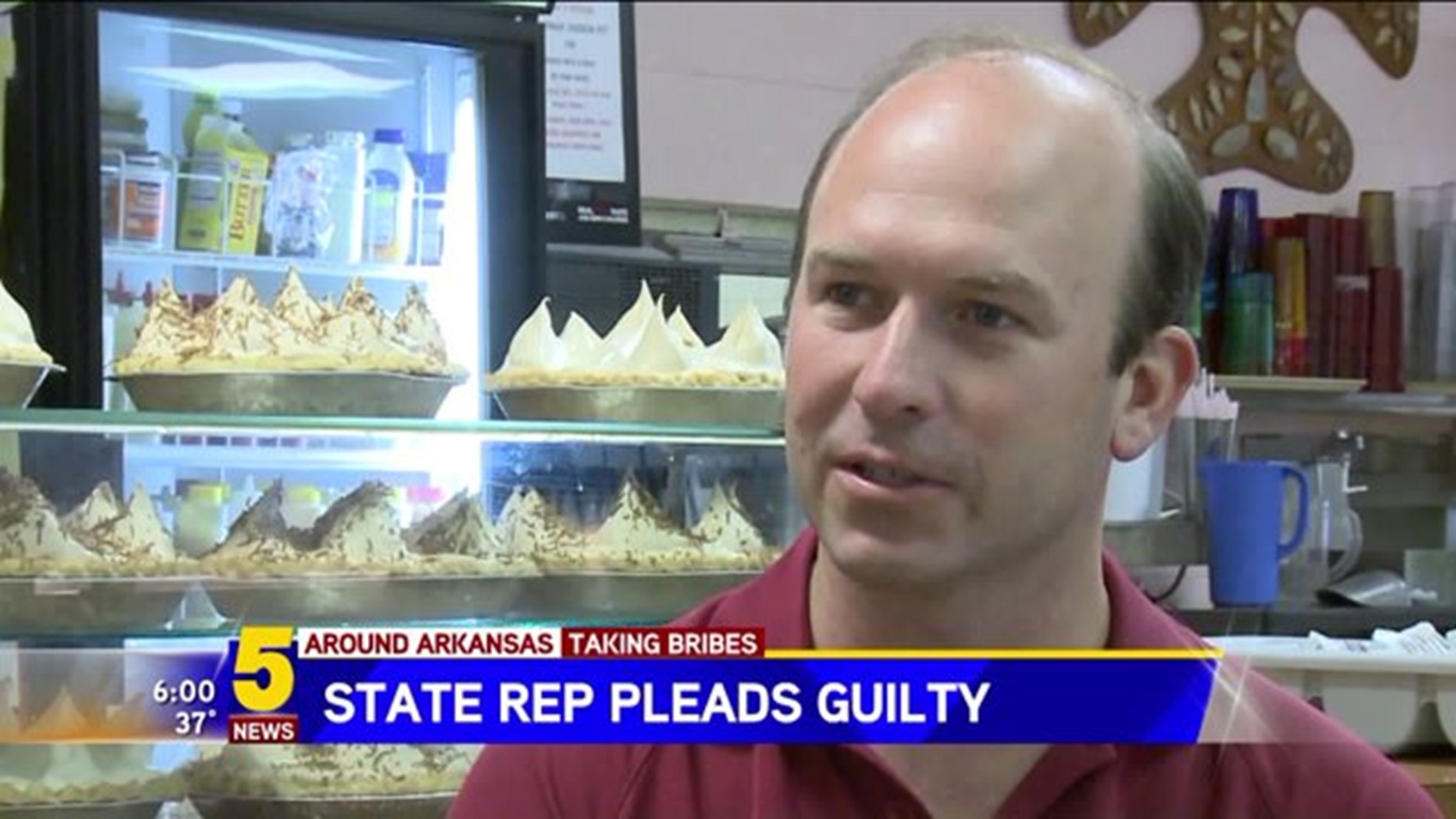 Micah Neal, 42, of Springdale, pleaded guilty to one count of honest services fraud, according to a press release from the U.S. Department of Justice.

Neal said between 2013 and 2015, he conspired with an Arkansas state senator to use their official positions to appropriate government money to certain nonprofits in exchange for bribes, the release states.

Neal has served as representative for District 89 from 2013 to 2016 and did not run for reelection to another term.

Court documents list the senator as "Senator A" who served as a senator from 2013 to the present and who served as a representative from 2007 to 2012. The senator who matches that description is Sen. Jon Woods, R-Springdale. 5NEWS reached out to Woods for comment. Woods did not run for reelection in 2016.

Two sources close to Woods tell 5NEWS he is Senator A.

Neal said he received about $38,000 in bribes for his part personally authorizing $175,000 to go to the nonprofits.

Court documents list the nonprofits as "Entity A" and "Entity B."

Entity A is described as a Fayetteville organization that sought to create manufacturing jobs in Northwest Arkansas for specialized workforce including disabled veterans, disadvantaged youths and those recovering from substance abuse. The documents also list an "Entity A-1," which was a healthcare provider with facilities in western Arkansas. A "Person A" is listed as an incorporator, registered agent, and member of the board of directors for the nonprofit organization. That person is also a high-ranking executive with Entity A-1 and a licensed lobbyist in Arkansas.

Entity B is described as a college in Springdale that is owned by a nonprofit corporation. Elected official source tell 5NEWS Entity B is Ecclesia College in Springdale. A "Person B" is listed as being the president of the corporation and a friend to Senator A. A "Person C" is listed as the incorporator and sole member of a limited liability corporation incorporated in Arkansas that purports to provide consulting services. Person C is also listed as a friend of Senator A and Person B.

The NWAEDD is listed as being out of Harrison and consists of Benton, Washington, Madison, Carroll, Boone, Newton, Marion, Searcy and Baxter counties. In 2013, the Arkansas General Assembly appropriate GIF money to the Arkansas Department of Finance and Administration (DFA) to distribute to the NWAEDD to be used for various economic development grants to governmental entities and nonprofit organizations, according to court documents.

Neal and Senator A had to approve which eligible organization was awarded GIF money through NWAEDD, in effect controlling where the GIF money went, the documents state.

Senator A paid Neal $20,000 in cash on behalf of Person A, according to the documents.

In 2015, Senator A told Neal that Person C would bring $18,000 in cash in exchange for directing GIF money to Entity B, according to the documents. Person C met with Neal and gave him the money on behalf of Person B, the documents state.

Neal admitted he conspired with Senator A and others to use his official position to appropriate taxpayer money to the two nonprofits in exchange for kickback payments, according to the documents.

Neal's attorney told 5NEWS Neal hopes this case does not overshadow all the good he did while serving as representative. His attorney also said the investigation into the bribes did not affect his decision to drop out of the Washington County judge race. At the time, Neal said he was stepping out of the race to manage his family business, called Neal's Cafe.

The news about Micah Neal saddens me a great deal. It is absolutely unacceptable for public servants to engage in this conduct as it weakens public trust of our system of democracy. It is very troubling, and I hope that all legislators and public servants are not judged by the situation. However, this brings to light additional concerns about GIF funding. Although the original intent of GIF was to fund different needs across the state, this funding method is susceptible to abuse, as is the case in this most recent situation. That is one of the reasons why I presented a balanced budget that does not contain GIF funding.

The case is under investigation by the FBI and the IRS.