SPRINGDALE, Ark. (KFSM) — There have been some scary scenes at local football fields after two larges poles holding stadium lights have come crashing down. Spri... 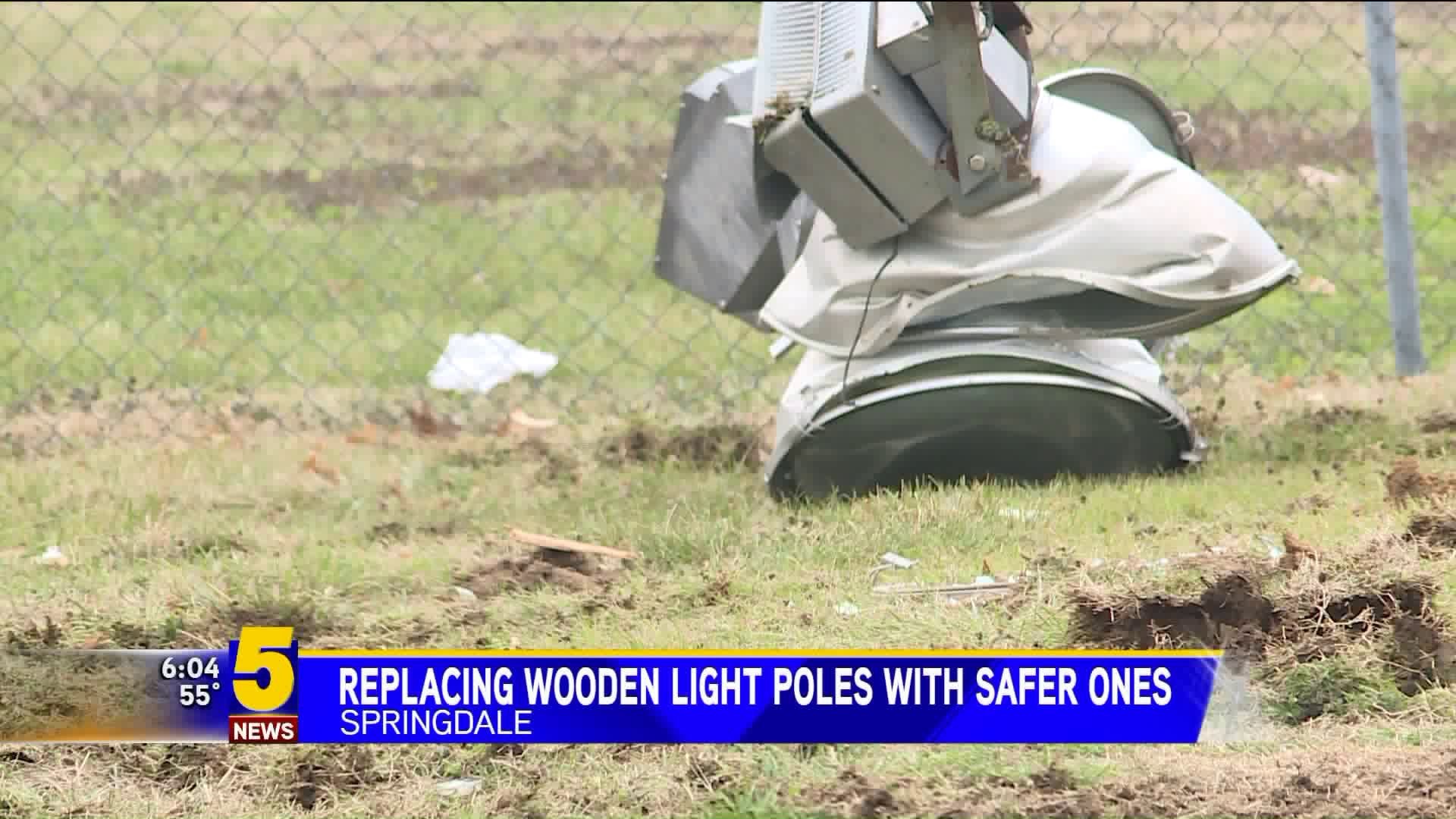 SPRINGDALE, Ark. (KFSM) — There have been some scary scenes at local football fields after two larges poles holding stadium lights have come crashing down.

Springdale School District is now taking action to make sure its fields are safe.

The light poles at Central Junior High were taken down Wednesday (March 20) as a safety precaution.

According to the school district, officials decided to remove the lights at a softball field on campus that is no longer used by the school, but from time to time is used by other organizations.

Rick Schaffer with Springdale Schools says this action was taken because of what happened in Clarksville. He says it's something no one really thinks about until attention is brought to it.

"I think the fact that it happened caused us to take a look around the district to see is there any danger with any of the poles that we currently have up and yes here at central there are a couple that were leaning wooden poles so it was time to get rid of them," Schaffer said.

Schaffer says the district evaluated all of their lighting district-wide and as of now the softball light poles are the only ones with enough wear to need removal.

In Clarksville a few weeks ago a wooden light pole fell during a soccer jamboree, injuring a referee and two soccer players.

Then in Gravette last week, a large metal pole fell after several days of sustained winds. Luckily no one was hurt. The three other stadium poles at the field have been taken down because they were deemed unsafe.