SPRINGDALE (KFSM) – The Springdale Police Department made two arrests on Saturday (Dec. 6th) in connection to an armed robbery in Springdale. Marcus Gould... 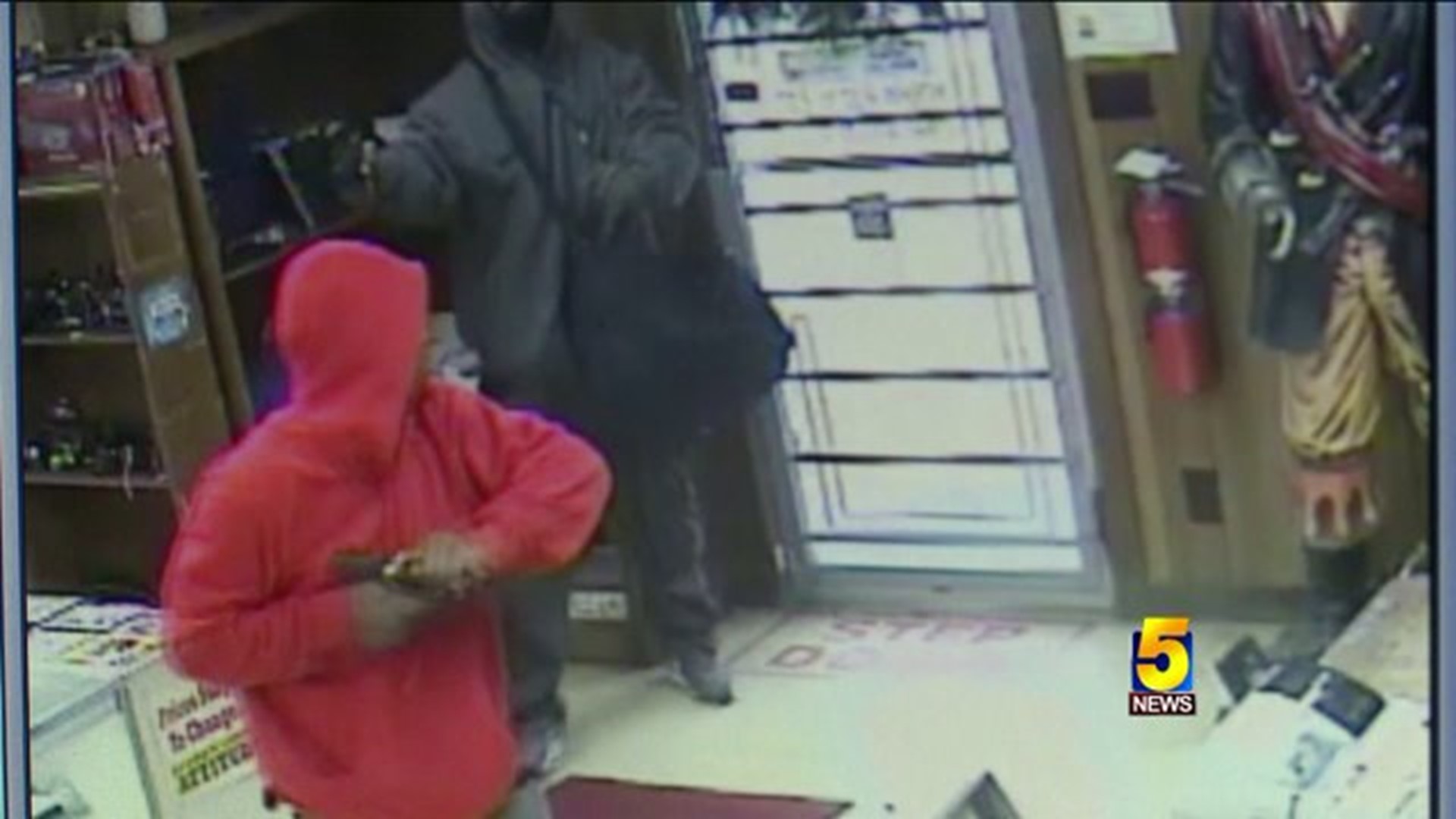 SPRINGDALE (KFSM) - The Springdale Police Department made two arrests on Saturday (Dec. 6th) in connection to an armed robbery in Springdale.

Marcus Gould, 25, and Leon Roberson, 20, face charges of Attempted Capital Murder and Aggravated Robbery, according to police. Roberson was booked into the Washington County Detention Center at 1:55 a.m. and is set to appear in court for an 8.1 Hearing on Monday (Dec. 7th), according to the detention center's website.

Police said the incident happened around 9 a.m. Saturday at the C & S Gun and Pawn Shop at 1208 South Thompson in Springdale.

"They split up, they both pulled out hand guns that looked like black semi-automatic pistols and began to rob the store," according to Lt. Derek Hudson with the Springdale Police Department. "One of the employees also pulled out a weapon and there were shots exchanged."

The suspects then fled the store on foot, leaving several shell casings and blood on the floor, according to police.

In an email, Sergeant Daniel Grubbs with the Fort Smith Police Department, said Gould arrived at Sparks Hospital with a gun shot wound to the forearm. He told an officer he'd been shot in Little Rock and checked into Sparks under a different name. Upon further questioning, police found inconsistencies in Gould's story. They contacted several police agencies in the state, including Springdale.

Later Fort Smith police learned the getaway car was in the parking lot and received a warrant to search it. That's where they found Roberson and detained him after he tried to flee on foot.

A news release states both guns used in the robbery, clothing, a black duffle bag and a bracelet stolen from the store turned up in Roberson's red Buick LeSabre.

Gould is still recovering at Sparks Hospital with a security detail.