SPRINGDALE (KFSM) — From the outside looking in, Monica Murphy was successful. She had an advanced degree, a job she loved as a veterinarian tech and even... 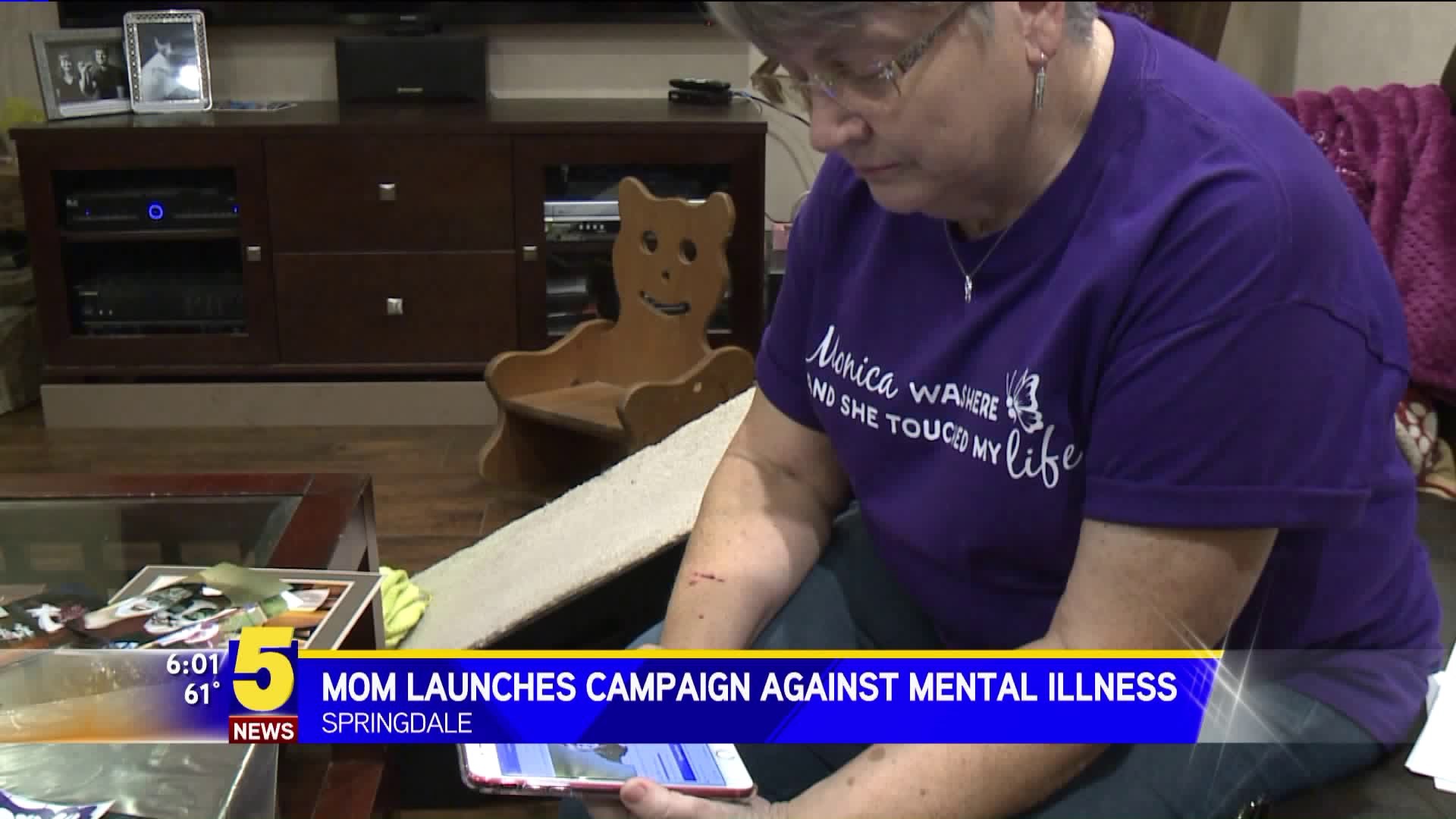 SPRINGDALE (KFSM) -- From the outside looking in, Monica Murphy was successful. She had an advanced degree, a job she loved as a veterinarian tech and even married her high school sweetheart.

But, few knew she secretly struggled with a mental illness that caused her to take her life at the age of 29. In a letter she left behind, Monica gave her mom written and video instructions to help raise awareness for those suffering like she was.

"To meet Monica to be around her, you would not know," Rowden said.

Last week,  Monica chose to end her back and forth battle with the mental illness by taking her own life.

"Her dad and I both looked at every day as a gift that she was giving us and we knew this might happen," said her mom as she held pictures of her daughter in her hands.

Rowden said she will now fight for research and awareness for mental illnesses.

"I'm considering myself a warrior now in the fight for research and awareness," Rowden said.

Along with friends, she's selling t-shirts with a special message, donating a portion of the proceeds to the Brain & Behavior Research Foundation. Rowden said she chose that specific foundation for a few reasons, one being donations are given directly to research grants.

"Absolutely 100 percent of any donation goes directly to grants for research," she said.

Monica's former gymnastics gym has created a GoFundMe account to help defray costs for her family, and you can also donate to the Brain and Behavior Research Foundation in her honor.