SPRINGDALE (KFSM) — A new fire station is officially up and running in Springdale. A grand opening was held Thursday (July 11) for Fire Station No. 7  on ... 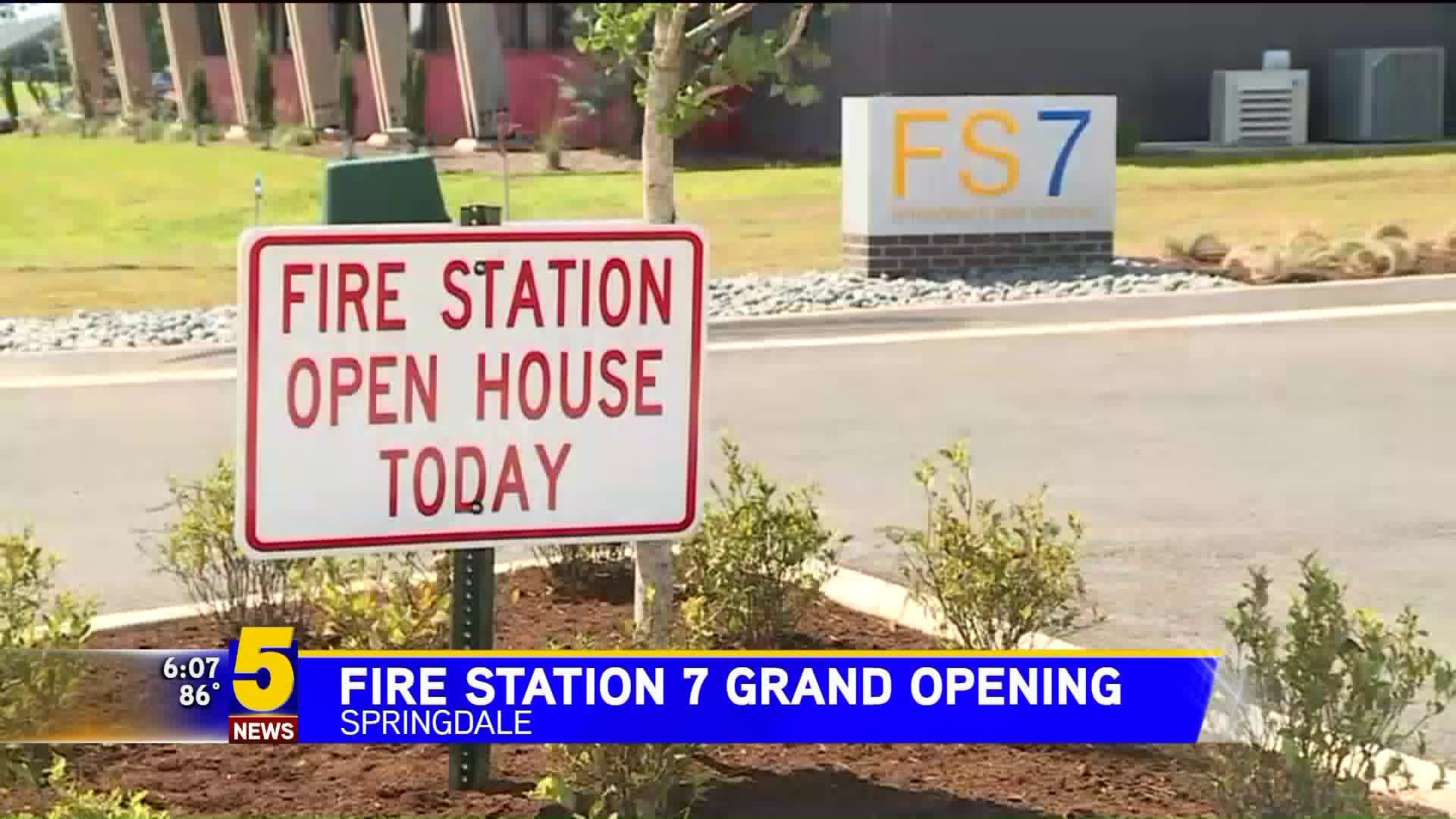 SPRINGDALE (KFSM) -- A new fire station is officially up and running in Springdale. A grand opening was held Thursday (July 11) for Fire Station No. 7  on Har-Ber Avenue.

It's one of three stations that voters approved in a 2018 bond election.

Springdale Fire Chief Mike Irwin says that one plus of having a station in this part of the city is the improvement the response times in the area.

"Having a crew out here reduces our response time and allows us to get to the area much quicker than what we were before," he said. "The first unit before was clear out on the other side of 49, which was station 6 by the Holiday Inn."

The station is 10,000 square feet and sits on 5 acres of land. Job Superintendent Rooster Sitton says it is the people working inside the station that will set it apart.

"This is number 7, so we've had six other opportunities to make it better each time, which we've done," he said. "The people that are here are well trained and ready to go do their job."

Sitton says the many people who live nearby are happy to welcome the station to this part of Springdale.

Chief Irwin expressed that he is thankful the community voted yes to allow these new stations, so the department can better serve Springdale.

"Thank you to the citizens for the election without it we wouldn’t be able to do this, and we certainly appreciate their support and wish them the best," he said.