SPRINGDALE(KFSM)–The start of school for many Arkansas students is less than a week away. The Springdale school district announced all elementary schools ... 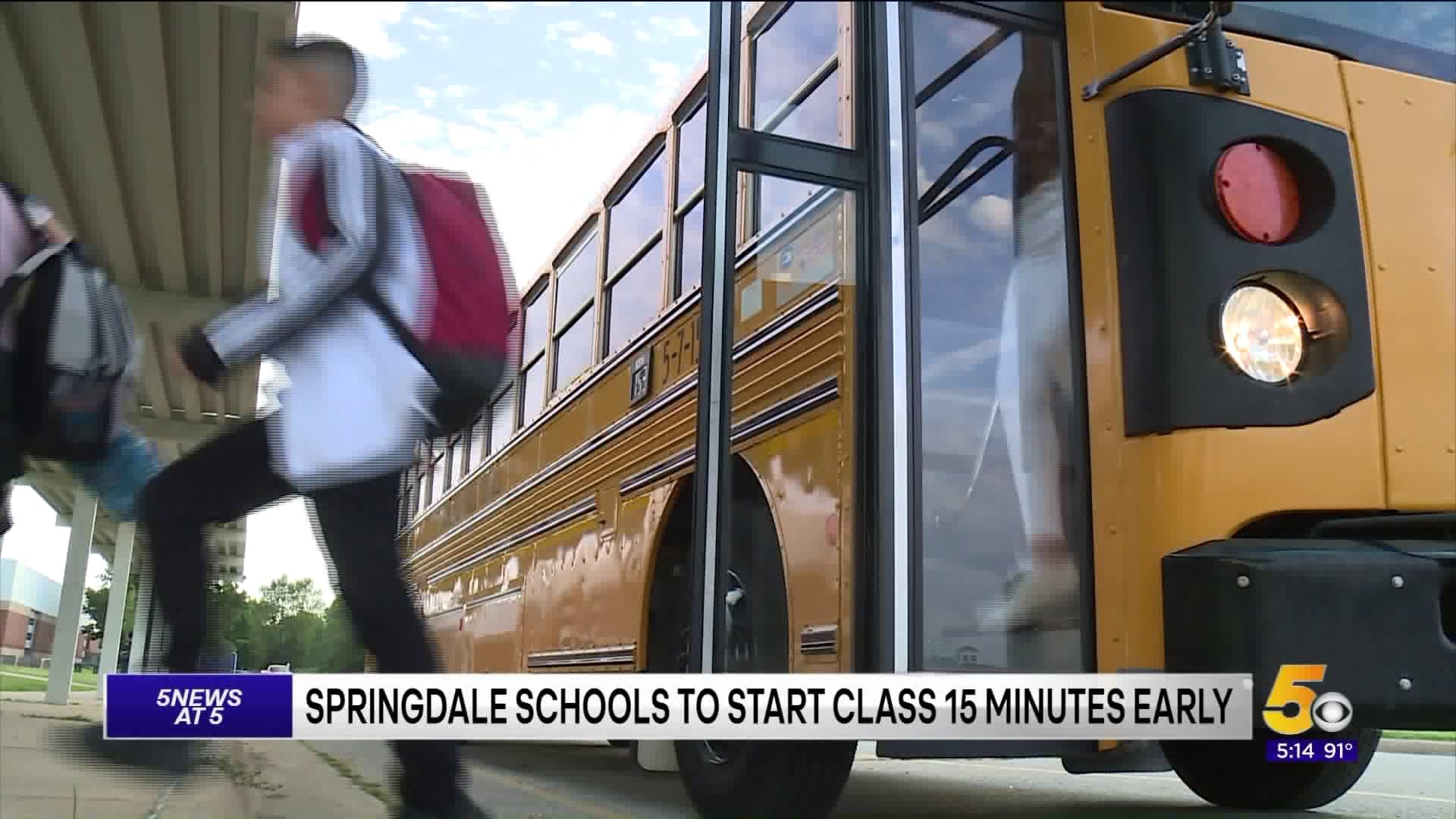 SPRINGDALE(KFSM)--The start of school for many Arkansas students is less than a week away.

The Springdale school district announced all elementary schools will be starting 15 minutes early now at 7:45 a.m.

"I feel like I can give a better start to the day. Get everybody started off right and receive the same instruction," Rhonda McCrackin, Walker Elementary School Teacher said.

“Our kids have always entered the classroom at 7:45 in the morning but then they kind of just trickled in for 15 minutes," McCrackin said. "I felt like the kids that got here at 7:45 a.m. could get started with their day, and sometimes the kids that didn’t get here until 8 are a little bit behind."

With the doors unlocking at 7:30 a.m., many parents are left wondering if that will give kids enough time to eat breakfast.

A school district spokesperson says breakfast won’t be impacted at all because of a program called “breakfast in the classroom.”

“No kid is going to be deprived of breakfast. If they get there five minutes late nobody is going to be penalized for that. So, it won’t affect breakfast at all," Rick Schaeffer, Springdale Public Schools Communications Director said.

Another question on people’s minds is if doors only open 15 minutes before the bell, how will this affect drop-off and the flow of traffic?

The school district admits schools are still working that out.

“There will be a grace period for students. We’re going to work with parents. If an individual parent has major difficulty with this, then they need to just go talk to the principal about it," Schaeffer said.

School officials say part of the reason for the change has to do with bus routes.

“We got asked, why not start at 8:00 and get out at 3:15? It’s because some of our bus drivers will pick up kids at elementary school and then they go pick up kids at middle school because they’re in the same area," Schaeffer said. "So, if they both got out at the same time, that would be impossible to do.”

Teachers at Walker are asking parents to be patient.

“Give it a couple of weeks. We’re adjusting, we are opening the doors earlier so that kids can come on in," McCrackin.

Springdale will now have 40 minutes of recess, up from just 20.

Schaeffer says moving the start time was in the works long before the new law.