SPRINGDALE, Ark. (KFSM) — The city council voted Tuesday (Aug. 13) to declare Springdale a “pro-life city,” however the resolution has no statutory ... 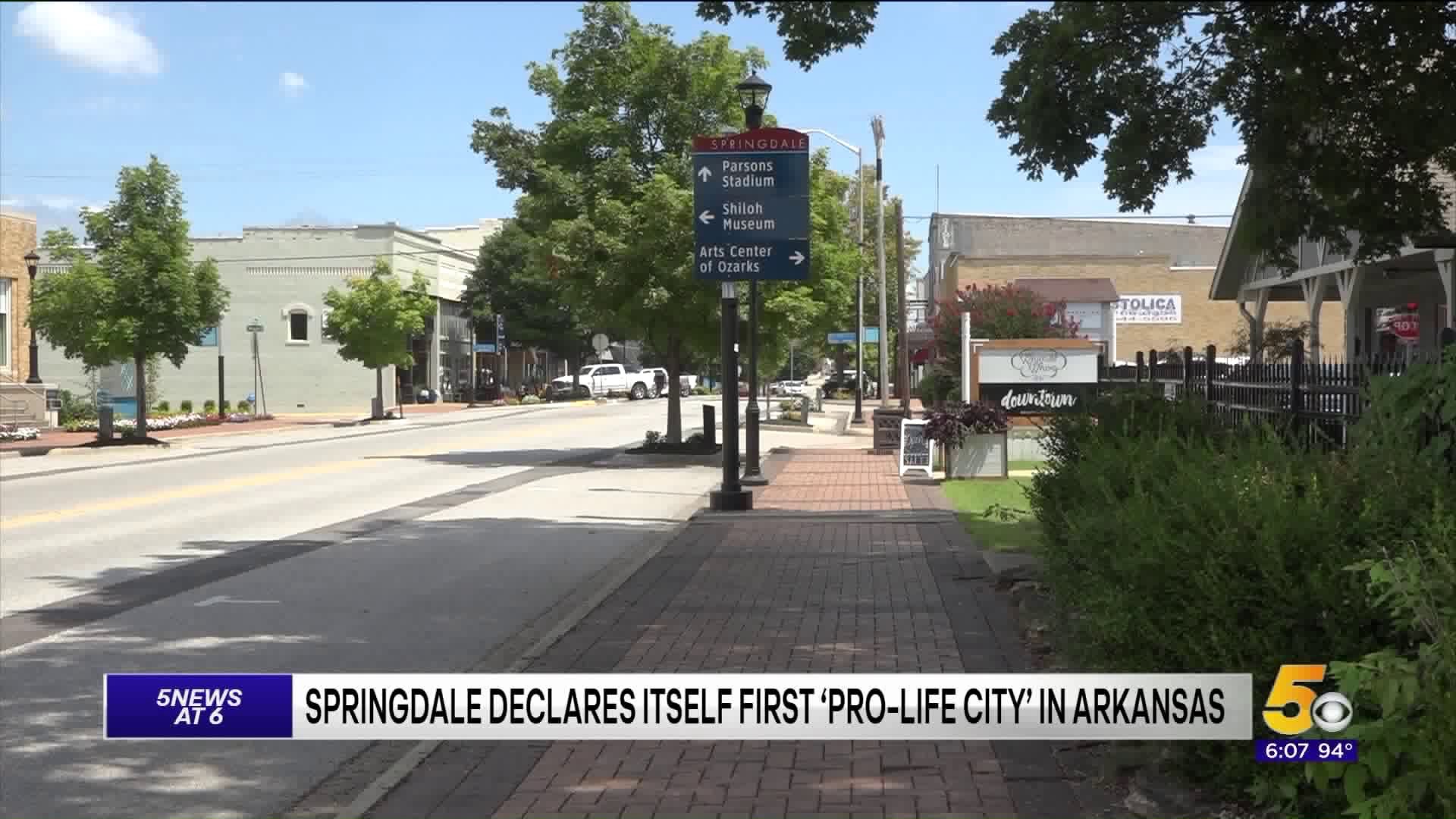 SPRINGDALE, Ark. (KFSM) — The city council voted Tuesday (Aug. 13) to declare Springdale a "pro-life city," however the resolution has no statutory authority, nor can it thwart abortion clinics from opening in town.

The resolution passed 6-1, making Springdale the first city in Arkansas with such a designation.

Springdale Mayor Doug Sprouse says making this proclamation was an important statement that the city council agreed they wanted to make and he supported that.

The resolution states, in part:

"The City of Springdale places the highest value on each individual's right to life ... affirms the value of human life at every stage ... and affirms its commitment to life."

The city also drew inspiration from the Declaration of Independence, stating that "denying the right to life of a created being is to deny liberty, the pursuit of happiness and all other unalienable rights."

Less than a month ago planned parenthood lost their Fayetteville location and are still looking for a new location. Sprouse says this resolution won’t stop them from coming to Springdale.

“I think the author of the resolution clearly stated that his hope was that it would help let planned parenthood know that we wish they would look elsewhere,” he said.

Kathy Jaycox is the only Springdale council member who voted against the resolution because she says it was created just to prevent a legitimate business from coming to town.

“If at the end of the day I actually believe that we could’ve changed anything for either side, whether it’s pro-life or pro-choice that would’ve changed things. If my one vote could’ve saved a baby, I would’ve done that, but this does nothing at all to do anything to the city expect divide it,” Jaycox said.

Sheila Pursell was there last night in support of the resolution. She says this is a statement that all human life is valuable.

“It’s not just anti-abortion, it’s promoting the value of human life and wanting to bring everyone together. It’s not meant to be divisive in anyway, it’s just meant to bring out the truth of every human person,” she said.

Planned Parenthood says they remain committed to patients in Northwest Arkansas and they’ll announce their new location when they are prepared to reopen.