SPRINGDALE, Ark. (KFSM) — 5-year-old Shamai Mondragon of Springdale was disappointed when only two classmates showed up to her birthday, but soon, the community... 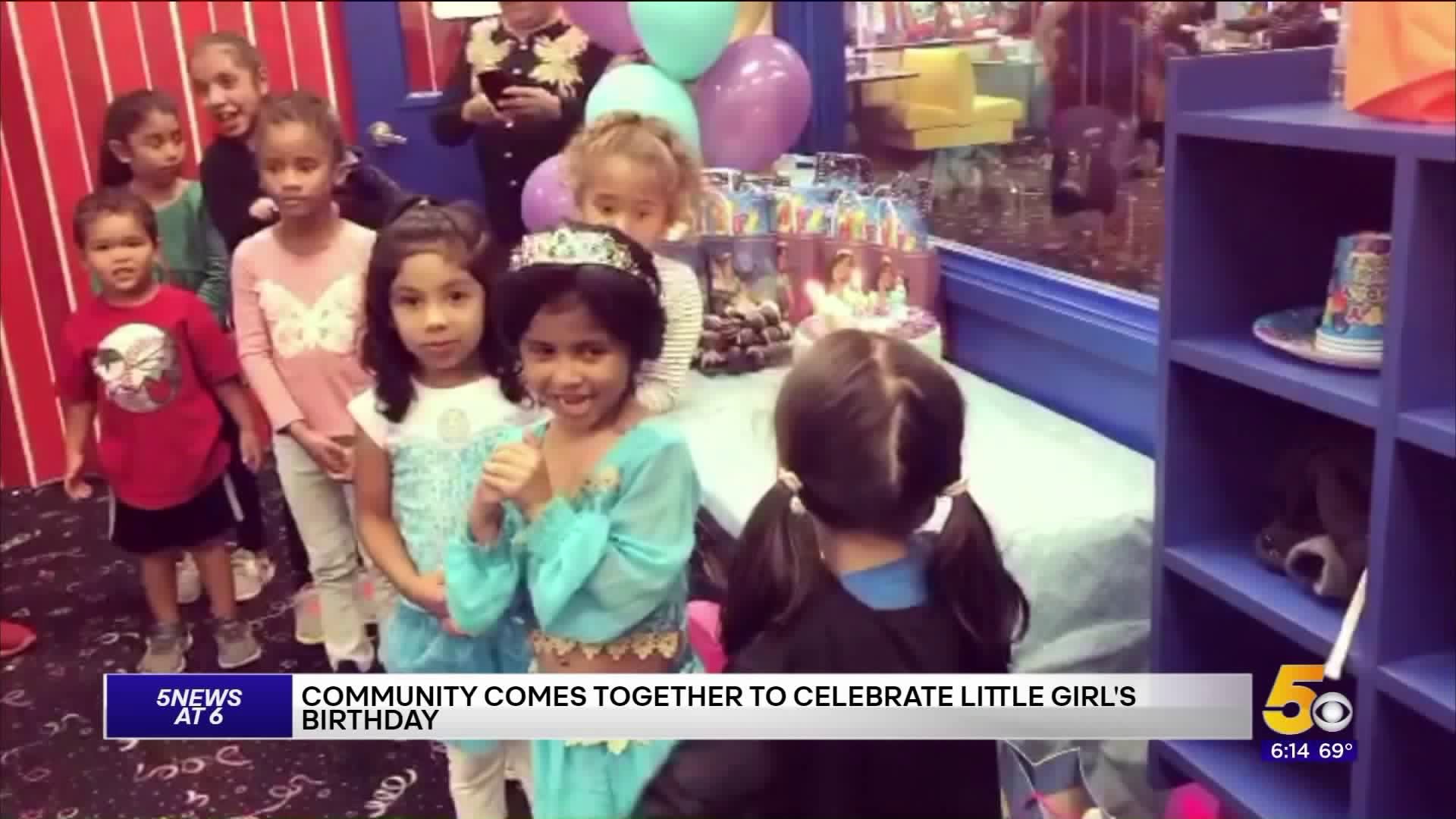 SPRINGDALE, Ark. (KFSM) — 5-year-old Shamai Mondragon of Springdale was disappointed when only two classmates showed up to her birthday, but soon, the community rallied to make her party a big success.

Shamai was looking forward to her princess-themed birthday party at Fun City in Springdale.

“Forty minutes passed, and only two classmates showed, and my daughter kept asking me where is everybody else?” Stephanie Mondragon, Shamai’s mother, said.

Time was running out, so the family turned to Facebook.

The community responded, and the room booked for 20 was soon packed with complete strangers, all of them wanting to wish Shamai a happy birthday.

“I think it speaks a lot about Northwest Arkansas and the community that we live in, it’s awesome, it almost brings goosebumps whenever you hear about it," Zacc Arnold, Fun City manager said.

With a big smile on her face and a group of new friends, Shamai’s birthday turned into something extra special.

"Thank you for showing kindness to my daughter, wishing her happy birthday through social media. She ended up having such a great time with all the kids, and we are so grateful for the blessings for people showing that kindness to us," Mondragon said.

That’s in addition to the dozens of wells wishes she received on social media.