SPRINGDALE, Ark. (KFSM) — John Tolleson was diagnosed with Parkinson’s disease eight years ago. “I didn’t think much in the way of a major ear... 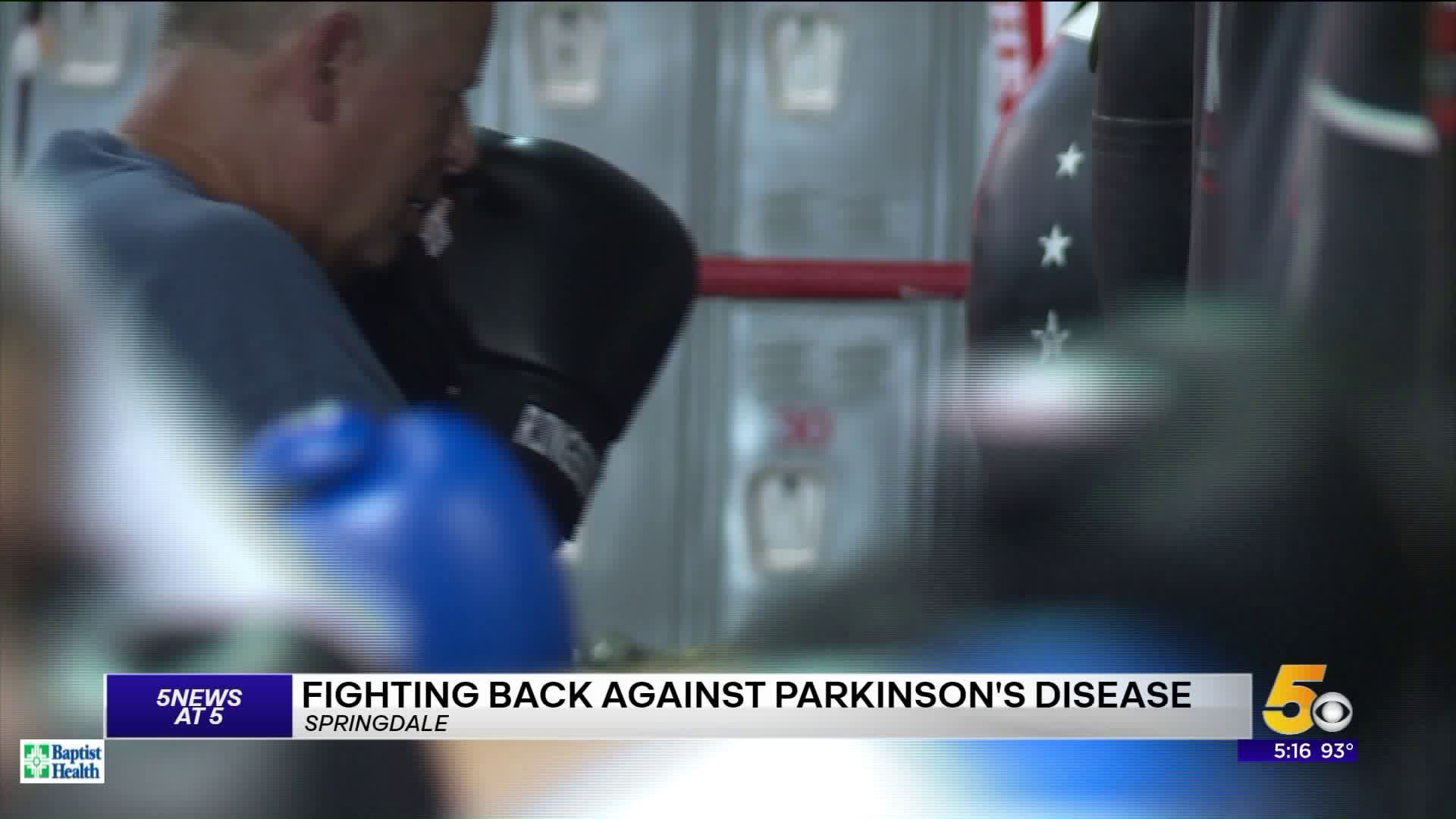 "I didn't think much in the way of a major earthquake when it came along, but you'd just as soon not have it but if you live long enough, you're probably going to get something," Tolleson said.

Almost two years ago he discovered a class for Parkinson's patients at Straightright Boxing and Fitness in Springdale.

"Exercising builds our strength and building our strength I think also helps us correct some of the issues that occur with Parkinson's," Tolleson said.

Gym founder Kevin Lightburn says his program is different than other more internationally known ones like Rock Steady.

"We don't treat them like they have Parkinson's, that's the first thing and one of the things I get from them all the time is thank you for not treating me different," Lightburn said.

Boxing not only builds physical strength but mental strength as well.

"If I explain to you a defensive move to prevent you from getting hit with a hook, we are going to practice and I'm going to throw this hook at you, and you have to go under," Lightburn said. "You're not going to think about it you're just going to be happy you didn't get hit with that punch."

Since he started boxing, Tolleson says he's seen a noticeable difference in his health. His tremor is more steady and his balance is stable. He says he owes that to his favorite exercise, boxing.

"Keep trying to get yourself in shape, whether my age or older or younger because many people younger get a diagnosis too," Tolleson said. "So, hang in there and keep at it."

Click here to learn more about the class and Straightright Boxing and Fitness.