SPRINGDALE, Ark. (KFSM) — October is Breast Cancer Awareness Month and according to the CDC, each year in the U.S. more than 245,000 women get breast cancer and... 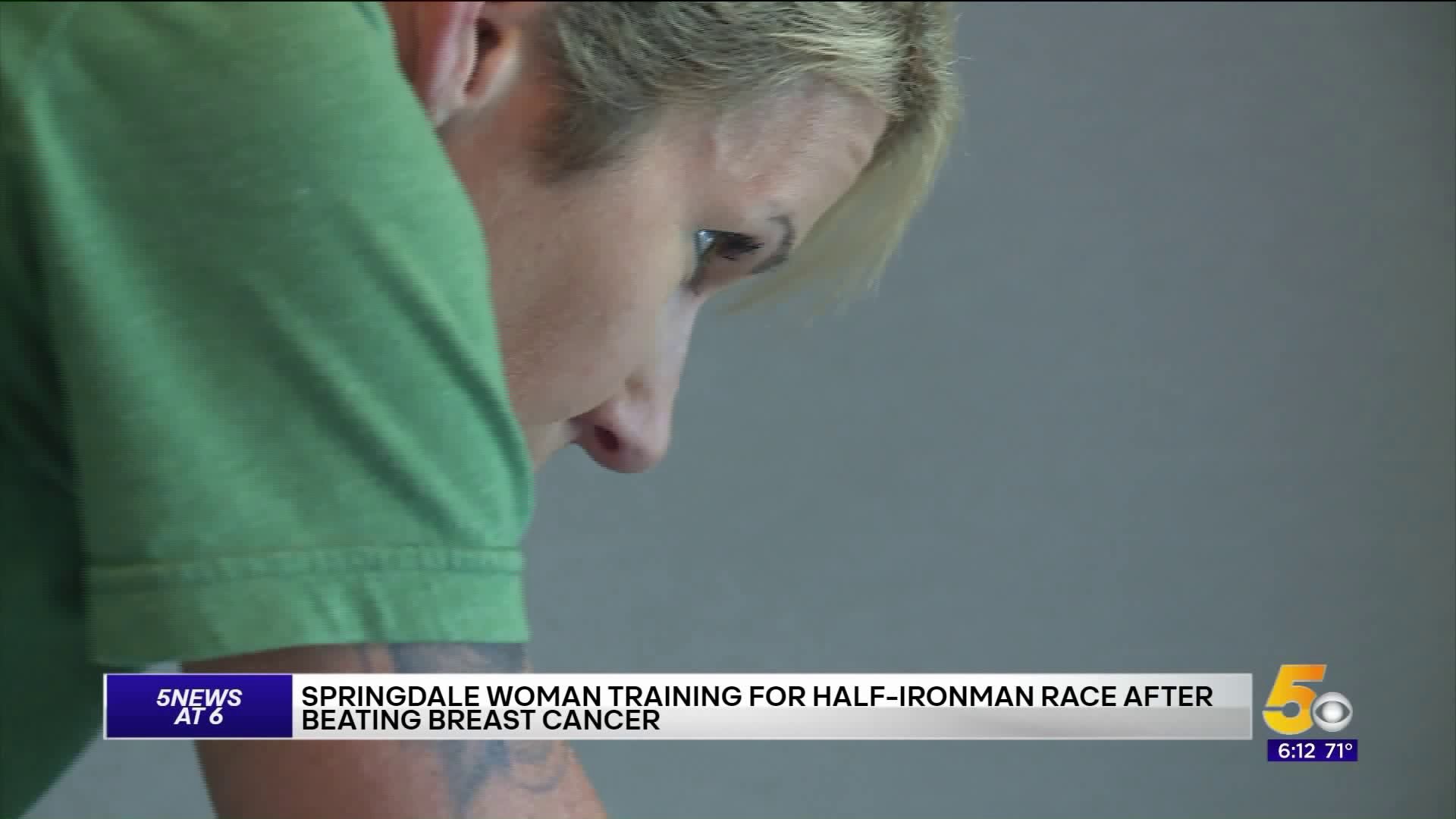 SPRINGDALE, Ark. (KFSM) — October is Breast Cancer Awareness Month and according to the CDC, each year in the U.S. more than 245,000 women get breast cancer and more than 40,000 will die from it.

One Northwest Arkansas athlete isn’t going to let her diagnosis stop her from achieving her dream.

Meredith Thorton says she trains for about four hours a day, six days a week. She’s preparing to compete in an Ironman race in Waco, Texas later this month.

Meredith was diagnosed with breast cancer in April.

“I was terrified. I was angry. I had just started training for the half-Ironman," Meredith said.

Meredith says there's no history of the disease in her family so she was taken completely by surprise.

“I was scared because when they first diagnosed me, they didn’t know how long it had been there because it never showed up on my scans. It never showed up during the annuals. It wasn’t until my implant ruptured that we found it," Meredith said.

One week after surgery she was back on her feet walking five to six miles a day.

“Waco, when it started had a meaning, but after breast cancer, it just has a lot deeper meaning, much deeper for me because I'm alive to do it," Meredith said.

Meredith’s biggest fan, her husband James, says he’s watched her struggle but he supports her every step of the way.

“She’s the strongest person I know and so I have great admiration for her. She’s a great example of what I think women everywhere can be and so, I think she’s a tremendous person," James said.

Meredith says being a triathlete isn’t just about building muscle and endurance but also not being afraid to try.

It's a message she wants others fighting cancer to hear.

Meredith had a lumpectomy and is currently undergoing hormone therapy. She says it causes a lot of fatigue but she’s pushing through her exhaustion.

The Ironman race is on October 27.

She says when she’s done with that race her goal is to do a full Ironman, even if it takes 10 years.