SPRINGDALE, Ark. (KFSM) — The Springdale Animal Shelter is closing for the rest of the week after two cases of the contagious Canine Distemper Virus (CDV) was f... 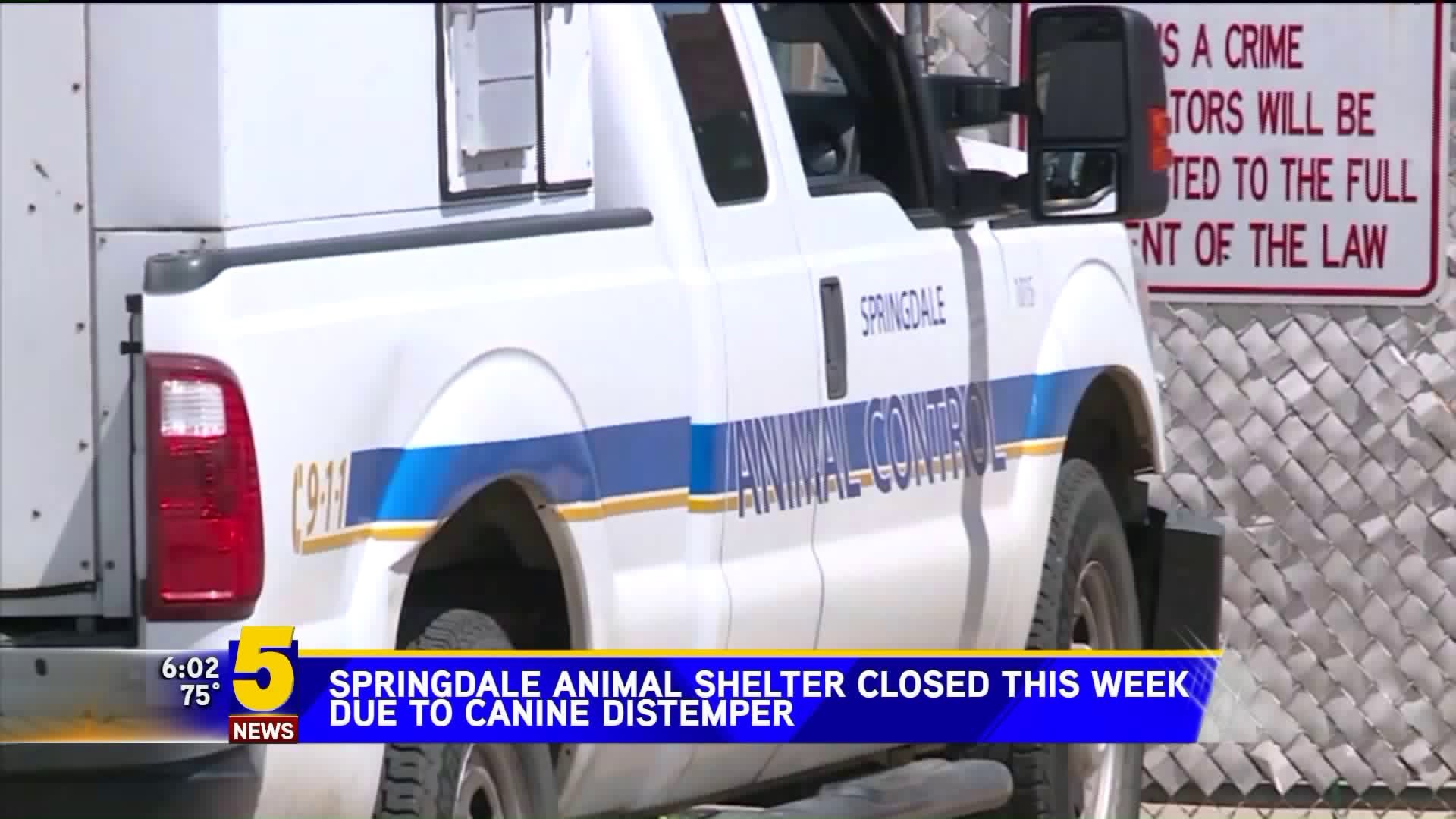 SPRINGDALE, Ark. (KFSM) — The Springdale Animal Shelter is closing for the rest of the week after two cases of the contagious Canine Distemper Virus (CDV) was found.

Springdale Animal Services confirmed two cases of the virus and traced it to a dog that was picked up March 15, the city said in a news release. The dog was given vaccinations upon arrival at the shelter, as per protocol, but CDV can have an incubation period of 1-5 weeks after exposure until the initial symptoms show up.

Springdale Animal Services said they are contacting anyone who may have adopted a dog during the time the infected dog was in the shelter.

CDV is spread through contact but does not live long on surfaces. The shelter will close the rest of the week to monitor all of the dogs in the shelter for symptoms as a precautionary measure.

Distemper is preventable but has no known cure. Symptoms include fever, nasal and eye discharge, lethargy, loss of appetite, coughing, vomiting and diarrhea. There is about a 50% chance of survival, according to the website Pet Assure.

Anyone with questions can contact the shelter at (479) 750-8166 or email ckremer@springdalear.gov.