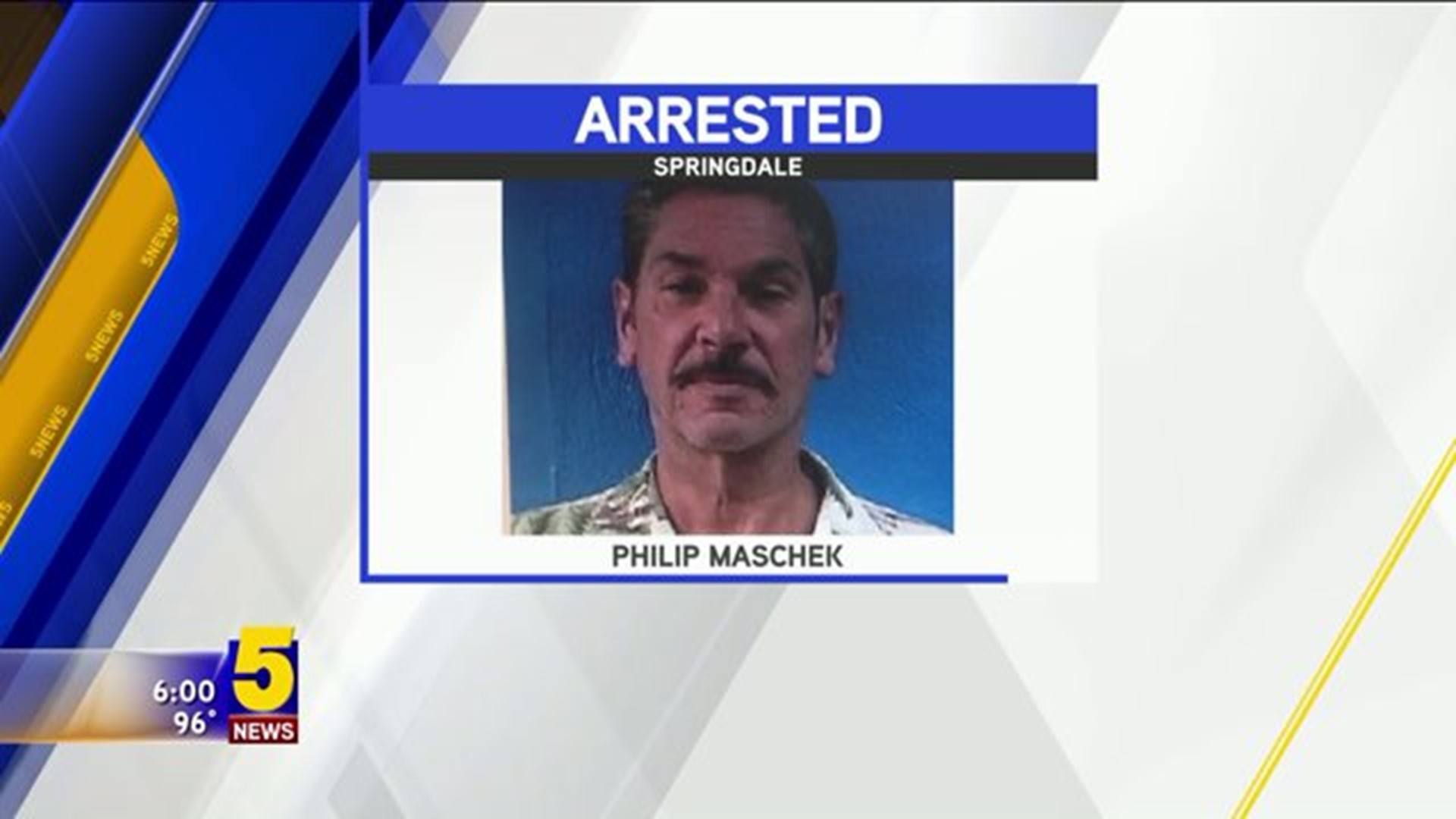 SPRINGDALE (KFSM) - An air traffic controller at Springdale Municipal Airport (ASG) was arrested Thursday morning (July 16) on suspicion of public intoxication, according to an arrest report from the Springdale Police Department.

According to Springdale Director of Finance and Administration Wyman Morgan, a plane was waiting to take off and there was no response from the tower on the radio. After repeated radio attempts, the pilot notified the city.

He said a maintenance employee found Philip Maschek, 50, shirtless and unconscious on the floor. When officers arrived on scene and entered the tower, they noticed Maschek swaying back and forth. Maschek denied being intoxicated on multiple occasions, according to the police report.

Springdale police officers administered sobriety tests on scene and then arrested Maschek. The arrest report states Maschek interrupted multiple tests by not following proper instructions. After officers led him down the stairs of the tower, Maschek attempted to climb back into the control tower but was restrained by police, according to the report. Maschek also raised his voice and screamed vulgarities at officers while he was interrogated and eventually placed behind bars at the jail.

Maschek was booked at the Springdale City Jail with a $350 bond.

Morgan said Maschek is a contract employee who works for Robinson Van Associates, a contractor that is hired by the FAA to operate some air traffic control towers. He said he reported Maschek to his supervisor and the FAA and is confident they will take the right steps to deal with the situation.