SPIRO (KFSM) — A crossing guard attendant and a 12-year-old boy were both hospitalized with injuries after being hit by a car in front of the Spiro School... 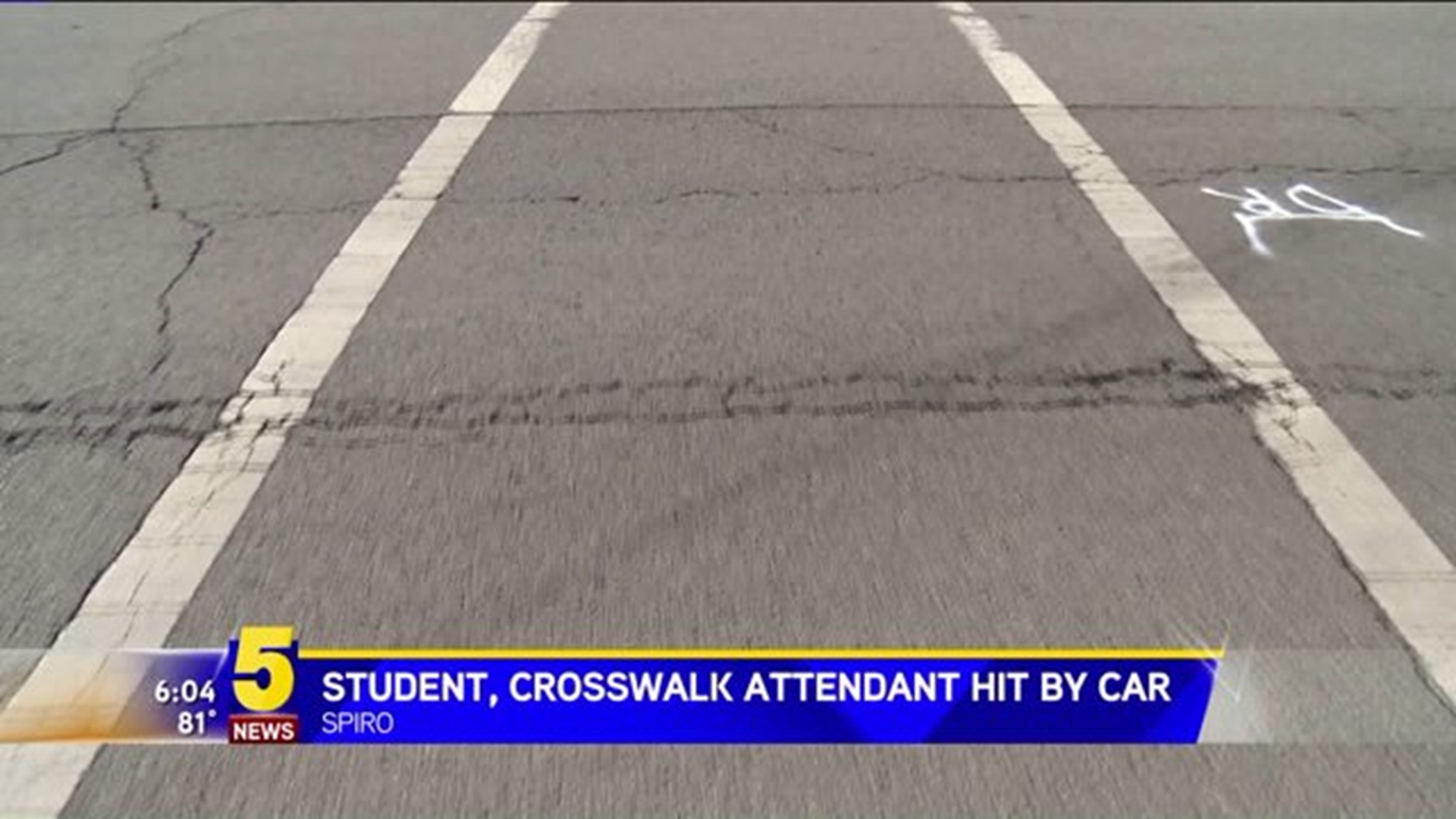 SPIRO (KFSM) -- A crossing guard attendant and a 12-year-old boy were both hospitalized with injuries after being hit by a car in front of the Spiro School District early Tuesday morning, according to Spiro Police Chief Michael Draper.

The accident happened on North Broadway Street and Denver just before 7:30 a.m., Draper said. The driver who hit the child and the 46-year-old crossing guard attendant did stop after the accident, police said. That driver did receive a number of citations in connection to the accident. Draper said the driver did not appear to be under the influence of drugs or alcohol at the time, but also added that an investigation remains underway at this time.

The man and child injured were taken by ambulance to a Fort Smith Hospital to be treated for their injuries, Draper said. He added that paramedics on scene reported the child suffered minor injuries, including a busted up shoulder. The crossing guard attendant suffered from a broken leg and pain in his back, paramedics said. Both are expected to be okay, Draper said.

A Spiro police officer is usually parked outside of the school as it starts and lets out everyday, Draper added. While an officer was on the property this morning,  Draper said that the officer had pulled another driver over for speeding and was issuing a citation when the accident happened. That officer was able to immediately respond to the accident, according to  Draper. Traffic near the school district was diverted and delayed for about 45 minutes while police worked the accident.