BENTON COUNTY (KFSM) — Today is Election Day in Benton County and Fort Smith, when voters will decide on whether to use temporary sales taxes to fund two big pr... 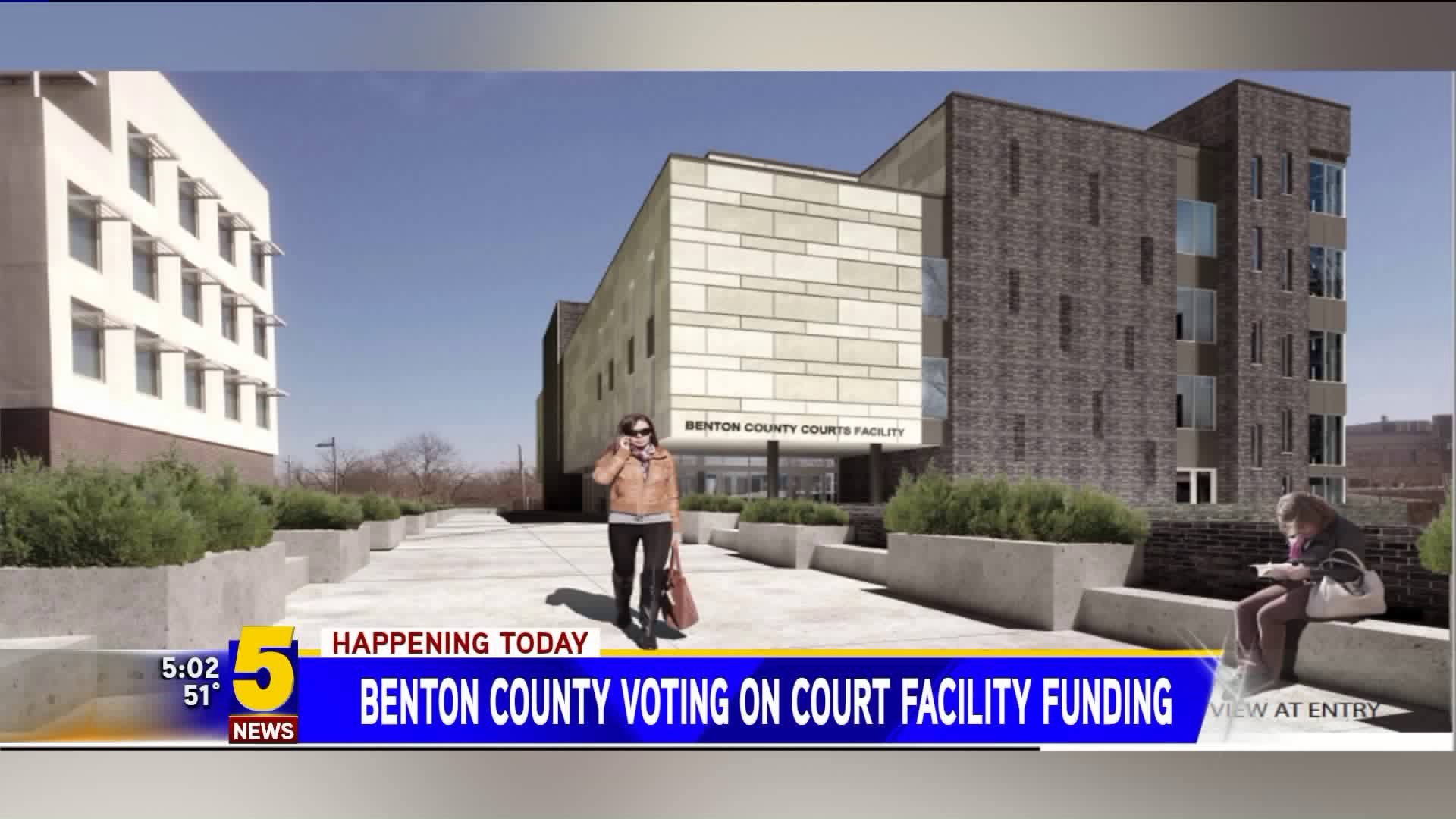 BENTON COUNTY (KFSM) — Today is Election Day in Benton County and Fort Smith, when voters will decide on whether to use temporary sales taxes to fund two big projects.

Polls are open today (March 12) from 7:30 a.m. to 7:30 p.m. in both areas. A list of polling places in Benton County can be found here, and a list of Fort Smith polling places is available here.

In Benton County, voters will decide on a ⅛-cent sales tax increase to pay for a new courts facility that would be built downtown on Northeast Second Street across from the current Benton County Courthouse.

The new facility would have eight courtrooms under one roof, instead of the county holding court in three different buildings as it does now.

The sales tax increase would end after 4½ years. The entire project will cost about $35 million and the proposed tax would cover most of that cost.

In Fort Smith, residents there are voting for a temporary one-cent sale tax increase that would help pay for the completion of the U.S. Marshal's Museum. The tax would only run nine months.

A spokesman for the U.S. Marshals Museum Foundation said the tax would generate $15 million to $16 million over the nine-month period.

If approved, the tax would begin in July and run through next March (2020), when it would end.

There have already been 2,300 ballots cast in early voting, election officials said.