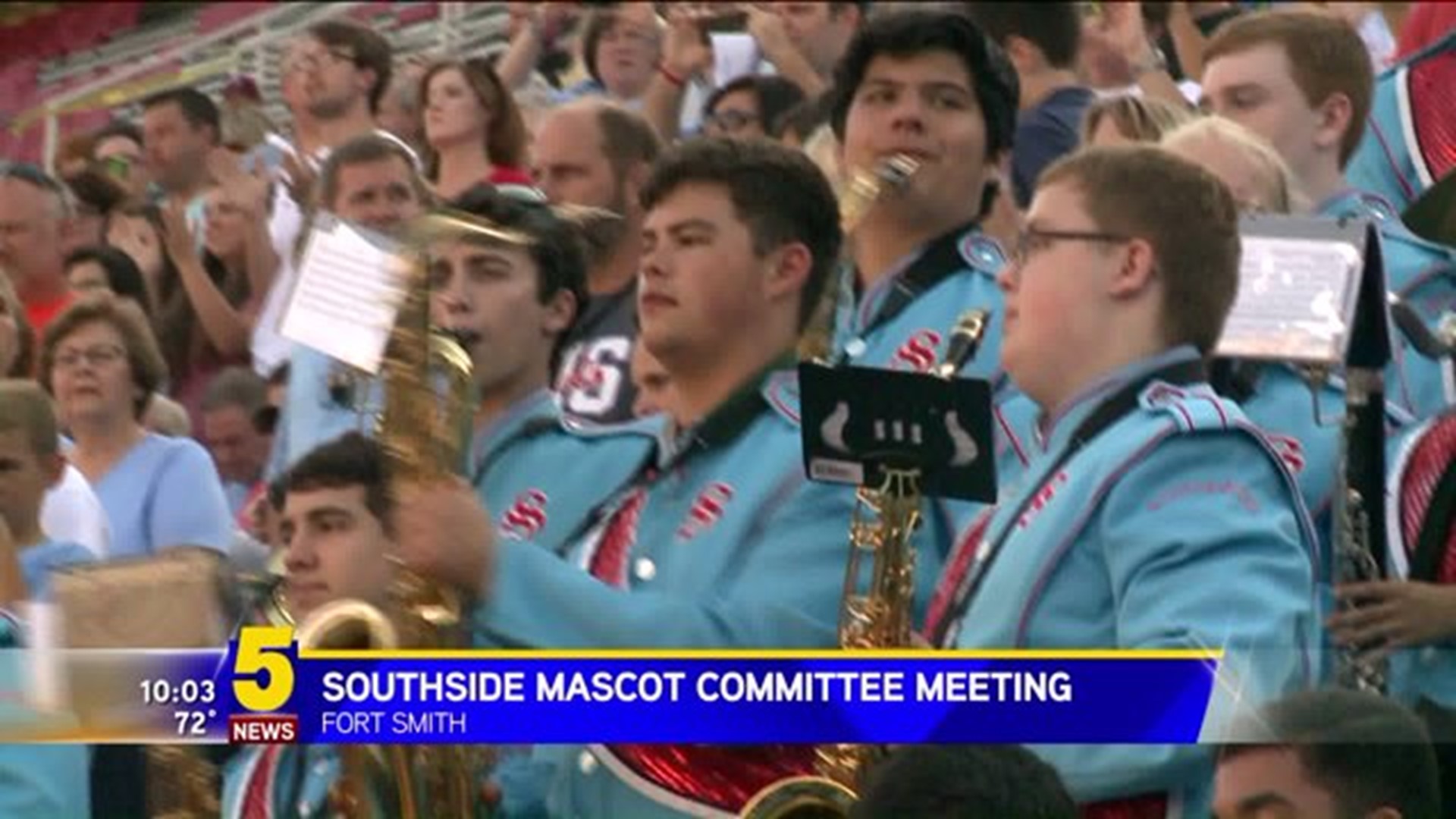 The new fight song was already selected, but now a new mascot has to be chosen as well. The school's principal, Wayne Haver, is head of the committee made up of students, alumni, faculty and citizens.

“I think that it is a major honor, and I think it is really neat that we are going to have, me and the other students, will have a say in Southside’s future, and that we actually get to have some type of input in this awesome decision,” said Student Body President Catherine Owen.

Committee members were given a list of every mascot proposal that was put in a suggestion box that was at the high school for two weeks. The number one choice so far was the Rebels, the same mascot that was voted out by the Fort Smith School Board, but Owen said she hopes the students will start to embrace a new tradition.

The meeting was about getting organized and taking more suggestions, but Haver said a decision will be made soon, and he wants more input from the students.

“It is all about the students," he said. "This is their school, and this is their mascot, basically, and so they need to be involved in it very heavily."

The meeting was open to the public, but Principal Haver said it was not open for public input. He said that will come at later meetings.