TONTITOWN (KFSM) – The Source Gas line in Tontitown that ruptured on Monday morning (March 23) after construction crews hit it while digging has been repa... 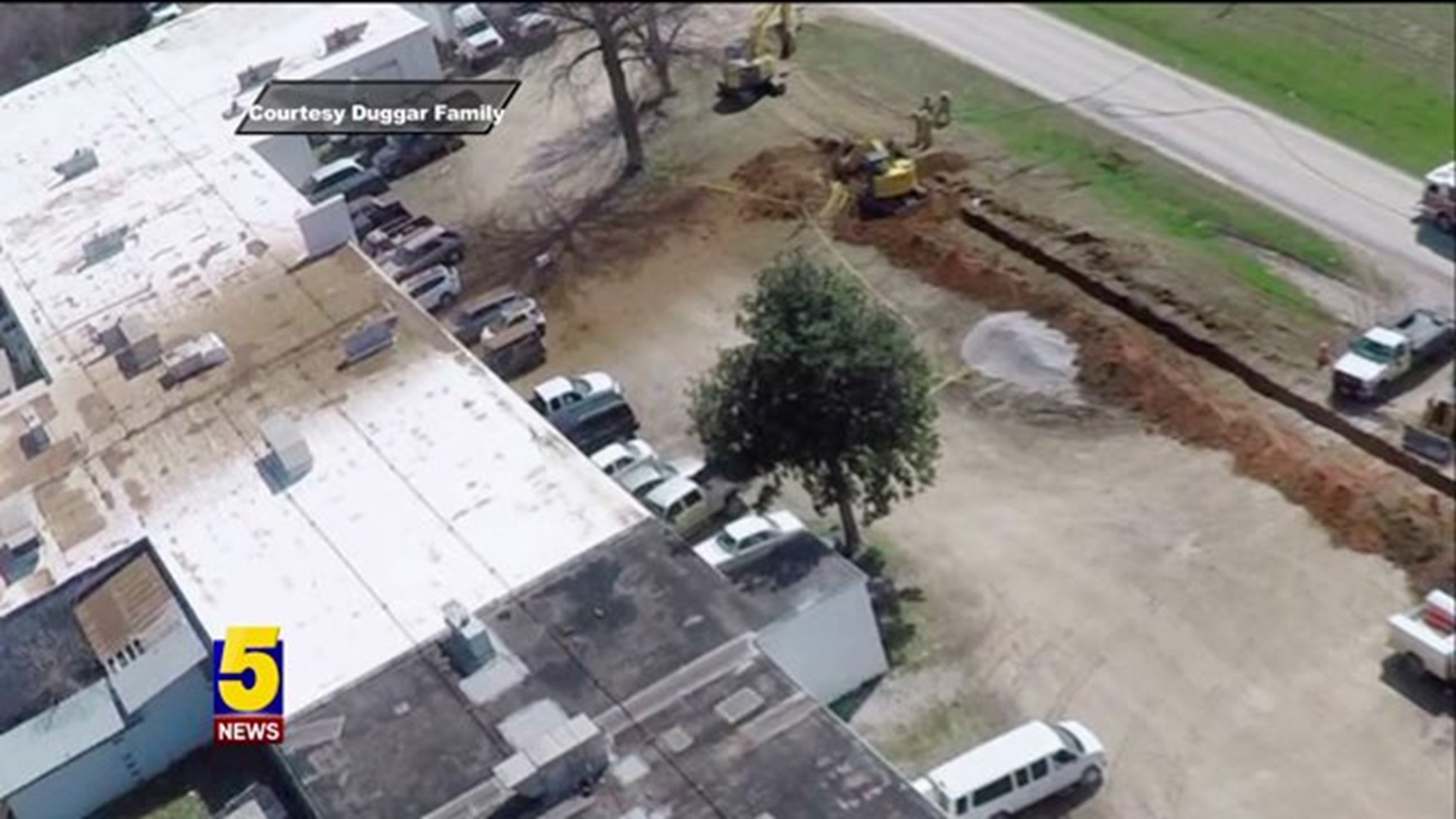 TONTITOWN (KFSM) - The Source Gas line in Tontitown that ruptured on Monday morning (March 23) after construction crews hit it while digging has been repaired, according to Aaron Owens, spokesman for Source Gas.

Temporary repairs were made to the line using specialized clamps that are designed to stop gas from escaping, Owens said.

Arbor Acres Avenue was shut down after the Tontitown Fire Department responded to the scene of the explosion at 10:08 a.m. and it reopened just before 4 p.m., according to officials.

The land near site of the gas line rupture is owned by Jim Bobb and Michelle Duggar of TLC's "19 Kids and Counting." One of their sons, Jedediah, said he was driving home when he saw the explosion.

"When I first pulled up, I saw this dirt all over cars and rocks were flying everywhere," Jedediah said. "It busted out a lot of windshields."

Jedediah said his parents were home when the rupture happened.

"Whenever it first happened, my dad was looking, like 'what are all these people doing in our yard?'" Jedediah said. "And we finally figured out they were evacuating."

A company called Business Solutions at 430 Arbor Acres Ave. had to be evacuated because of the amount of gas leaking out of the line, according to police.

The company rents property from the Duggars.

"It looked almost like a war scene," Jedidiah said about the scene of the explosion.

No one was injured when the gas line ruptured.