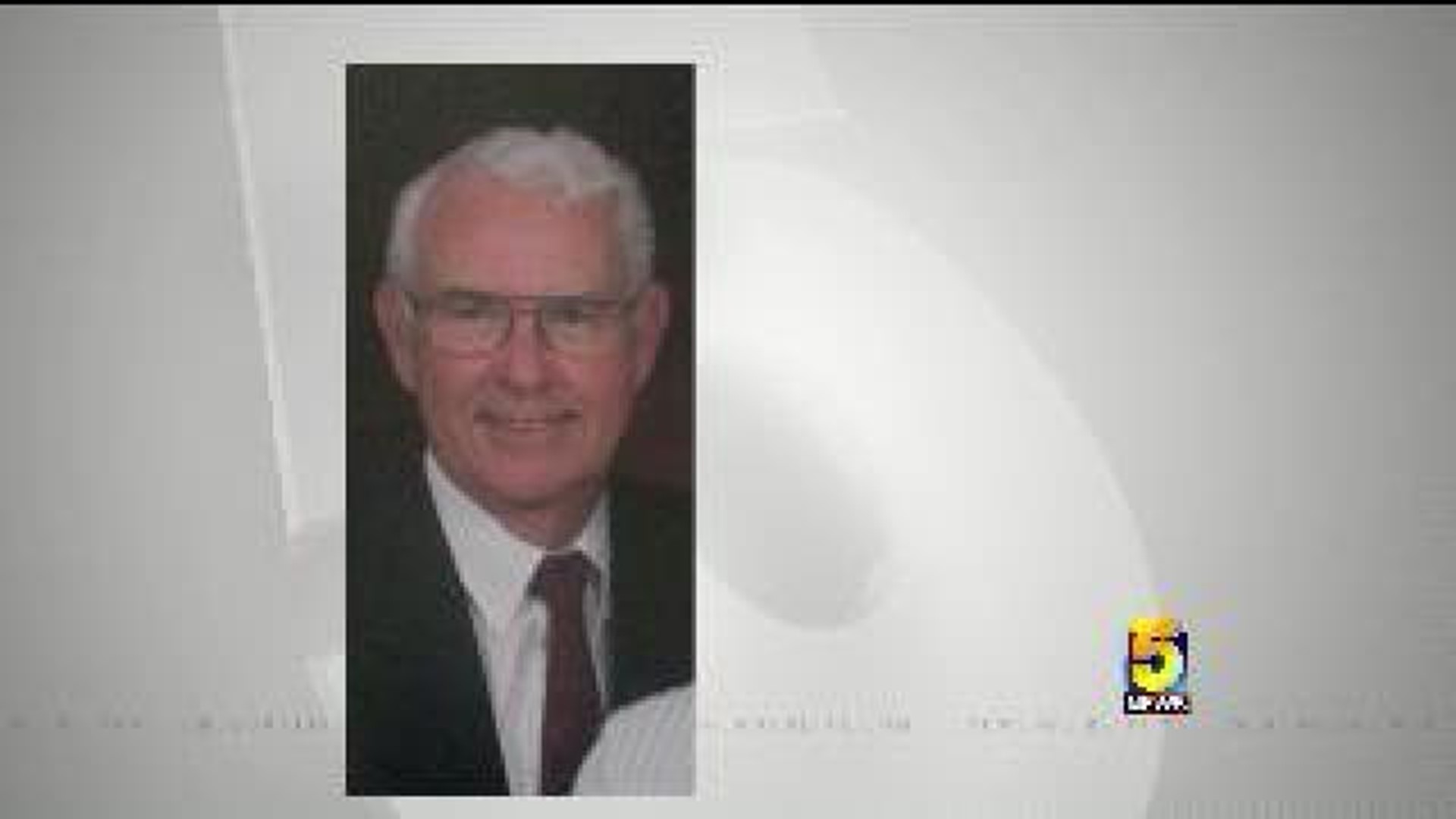 Searcy Harrell, 72, and Ruth Ann Hudson, 71, died in a plane crash in Washington County Friday (Nov. 1). Harrell's youngest son, Ben Harrell, said his dad had his King Air aircraft for about a decade and was an experienced pilot.

Ben, who owns U.S. Lawns in Lowell, described Searcy Harrell as adventurous and well respected by his family and the Camden community. He said Searcy loved to fly, scuba dive, golf and his family.

The University of Arkansas graduate has a long list of accomplishments. He had been the president of a bank that was started by his grandfather, he was an attorney, and had been appointed by Governor Mike Beebe to be Circuit Judge. Ben said his dad wasn't sure if to accept the position at the time since his step-mother Peggy Harrell had been diagnosed with Alzheimer's.

"Me and my brothers were trying to just hype him into doing it, 'dad you gotta do it,' he said 'I guess every lawyer would like to hear judge in front of their name at one time or another,'" Ben said.

Searcy's late wife Peggy died about a year ago and Ben said his dad began dating Ruth Ann Hudson who had also lost her husband a month before Peggy had died.

"My heart just bleeds for their family," Ben said. "It's just terrible and once again the community in South Arkansas and Camden is devastated by both of their losses."

Searcy was on his way to Northwest Arkansas to watch his grandson Max, the Rogers High School quarterback. The plan, according to Ben, was for Searcy to attend the Rogers High football game and Ruth Ann Hudson to go to the Fayetteville High School game to watch her granddaughter who is part of one of the spirit squads.

"He was there for the opening game and when they played Springdale we came up and he went to that game and we were of course looking forward to this one," Ben said.

Max Harrell turned 18 on Oct. 29. Max has received an outpour of support on Twitter from his high school and friends.

Rogers High School Principal Charles Lee twitted, "Thoughts and prayers to Max, MacKenzie and the Harrell family. May God sustain you during your loss and grief."

The family knew something was wrong when they couldn't reach the couple. Ben said when he heard of a plane crash and the plane model from 5NEWS he knew it was his dad.

"That's when I scrambled the phone and started heading to Springdale to find out what I could," Ben said. "I think the way he went last night would have been the way he wanted to go but not this early that's for sure because he had a lot more on his agenda."

Searcy Harrell knew he wanted more of a memorial than a funeral when he was gone. He requested four hymns, one of them is "How Great Thou Art."

"A lot of people knew dad, well respected, I'm proud to be Searcy Harrell's son, I really am," Ben said. "I'm proud to have known him."

Searcy Harrell leaves behind three sons and a step-daughter: Steven, attorney in Springfield, MO; Jon, president of First Bank in Rogers; Ben, owner of U.S. Lawns in Lowell; and Shannon Beard, who lives in Dallas. He also leaves behind his sister Jan Strickland, who lives in Destin, FL, and 10 grandchildren.

Here a two pictures the family shared with 5NEWS of Searcy Harrell and his late wife Peggy Harrell.