Someone Call Ghostbusters — This Italian Restaurant Is Crawling With Ghosts

An unassuming Italian restaurant in Pennsylvania has a ghost problem. So bad, in fact, that the Stay-Puft Marshmallow Man lumbered over from New York to ... 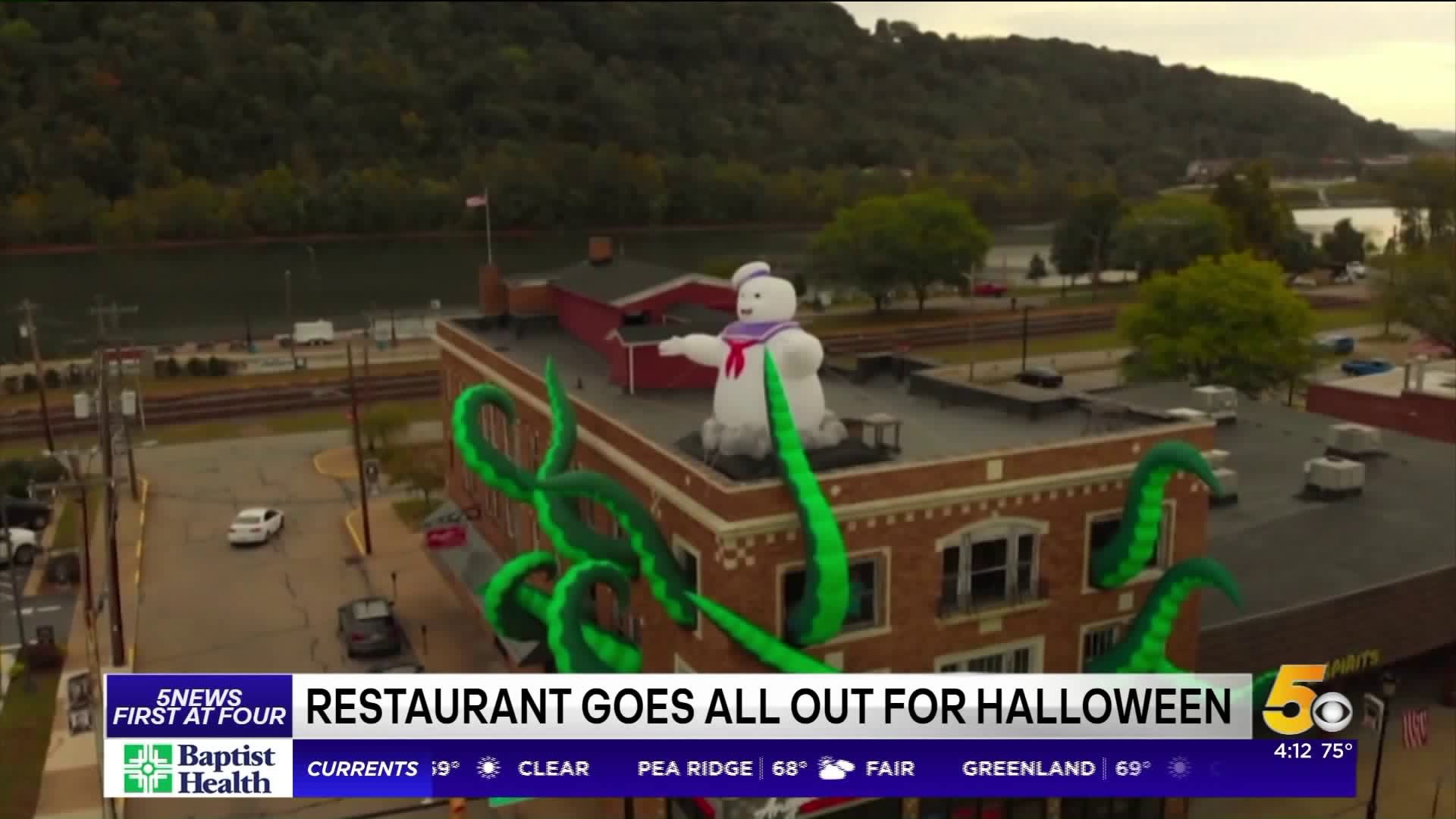 An unassuming Italian restaurant in Pennsylvania has a ghost problem. So bad, in fact, that the Stay-Puft Marshmallow Man lumbered over from New York to claim it as his castle.

Could this be a job for the Ghostbusters?

Fooled ya. These "ghosts" are merely a Halloween costume for Angelo's II, an Italian restaurant in the small town of Monongahela south of Pittsburgh.

They sure look spooky, though. Spindly green tentacles from an unseen monster spill out of its windows, scaring spaghetti-slurpers inside. And the giant marshmallow monster sits atop the roof, surveying the small town like a king peering at his kingdom.

The restaurant takes holiday decorating very seriously. During Christmas, an oversized Santa peeps from the roof and the facade turns into an evergreen tree. But this ode to "Ghostbusters" might trump Christmas.

The homage comes at the perfect time — the movie is celebrating its 35th anniversary this week, with special appearances in the movie theaters nationwide this past Sunday (Oct. 6) and this coming Thursday (Oct. 10). Director Jason Reitman, son of director Ivan Reitman who helmed the original movie, has announced he plans to direct the reboot of the "Ghostbusters" franchise.

Luckily for diners at Angelo's II, there haven't been any signs of Zuul or Slimer on premises.